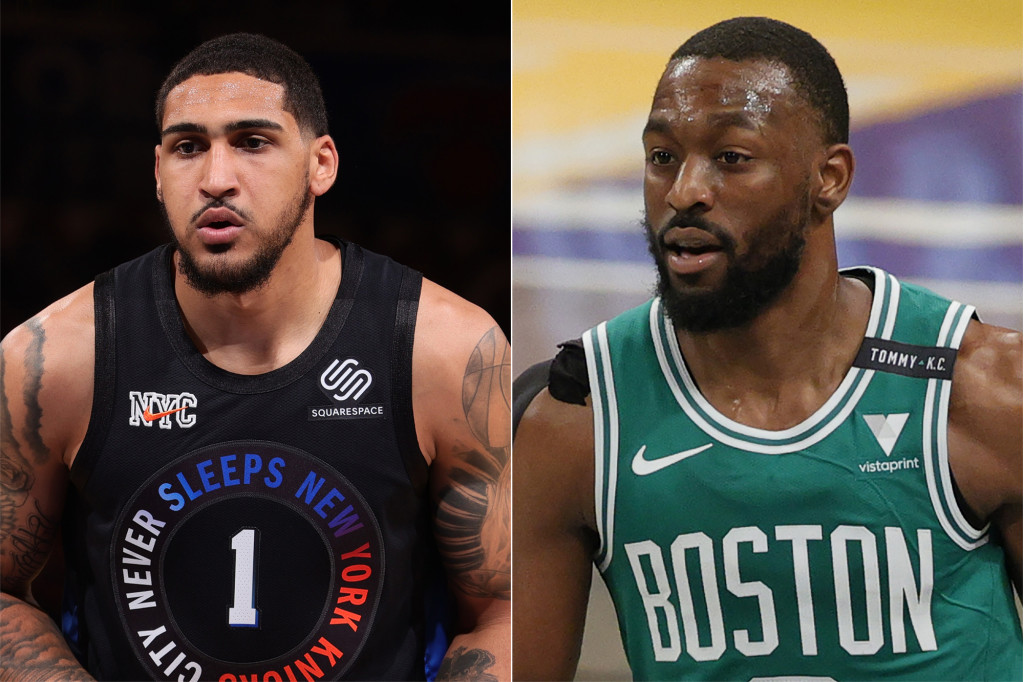 LAS VEGAS — Now there are two.

With Kemba Walker signing a two-year deal with the Knicks on Wednesday, the Knicks have two native New Yorkers on their roster — one Bronx, one Brooklyn. And the NYC duo will commute to Manhattan.

Obi Toppin, the Knicks’ 2020 lottery pick out of Kings County, can’t wait to play with Walker, a point guard who might bring out the best in the high-flyer.

“I’m sure we’ll have a great connection,’’ said Toppin, who is starring on the Knicks’ summer league team through three games.

Toppin grew up idolizing Walker, especially after the standout Rice product left UConn for the NBA in 2011. Toppin was 13.

“Having Kemba come to the team is amazing,’’ Toppin said. “Great player. I’ve watched him as long as he’s been playing since he left UConn. Having an opportunity to play with him is going to be amazing.

“It’s Kemba Walker. He’s an amazing player, amazing point guard. I’ve watched a lot of his film and highlights. I’m a big fan of his.”

If Walker’s arthritic left knee is healthy, the Knicks could have a more formidable attack this season. Walker will replace the more defensive-minded Elfrid Payton as the starting point guard.

“We have so many different weapons,’’ Toppin said. “We have him who can score, Derrick [Rose] who can score, Jules [Julius Randle], RJ [Barrett], Quick [Immanuel Quickley]. So many different people who can put the ball in the hoop. At the same time, our main focus is defense. Whatever we do on the defensive side will determine our offense.’’

In the three summer league games, Toppin has looked more akin to the player he was at Dayton where he was named the College Player of the Year in 2020. He is averaging 21 points in 35 minutes per game. He’s not bashful, taking 3s, and he’s bullying to the basket at will. All of his 3-pointers haven’t fallen, however. He is 7 of 22 (31.8 percent) from deep.

Knicks coach Tom Thibodeau didn’t allow Toppin to spread his wings as a rookie, limiting him to 11 minutes a game.

“It feels great being on the court with these guys, I love all of them,’’ Toppin said. “I appreciate those guys. Me and [Immanuel Quickley], we’re the two older guys on the team. We have to control everybody and keep them in line. Everybody is new to this style of play, we have to make sure they know what coach Thibs wants and that’s defense. We have to let our rookies know that and lock in.”