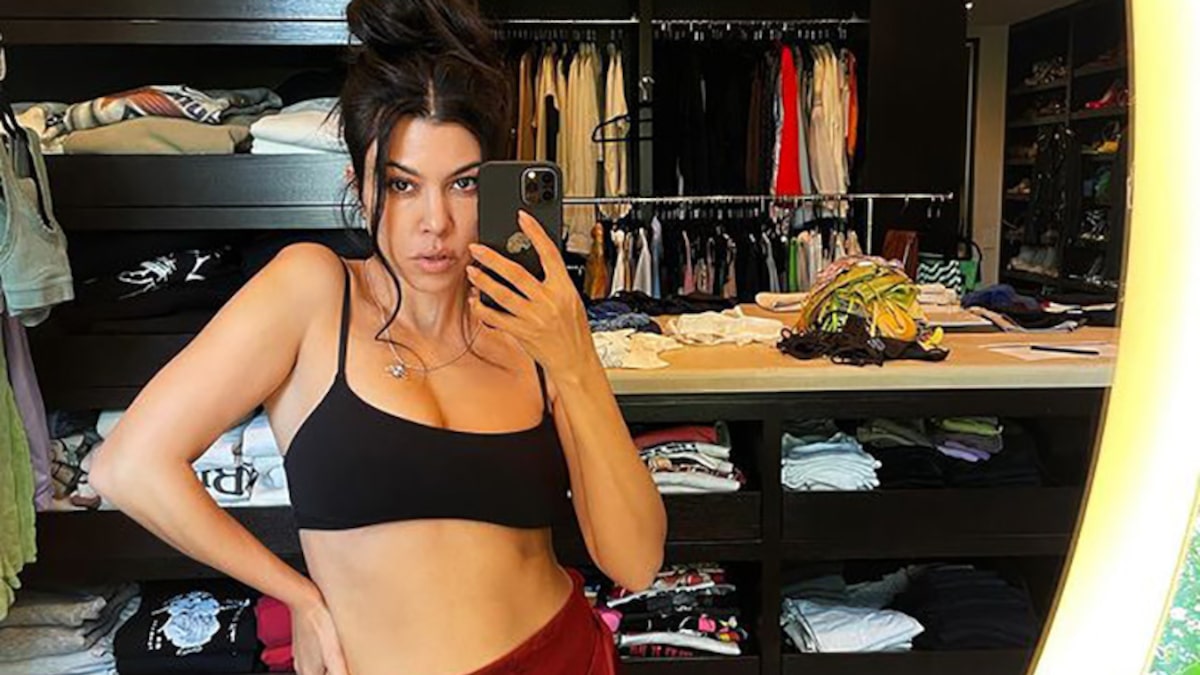 A new series of IG photos from Kourtney’s closet had fans wondering if she was trying to show off something else, too.

There’s an adage that’s been going around of late that you should never ask a woman if she’s pregnant. After all, what if she’s not?

Nevertheless, the internet has never bothered to hold back when it comes to such things, and they certainly didn’t do so with Kourtney Kardashian’s latest Instagram post. In it, she shared four photos taken in her closet while hitting several seductive poses.

“She’s pregnant,” commented one follower to the post, while several others dropped the pregnant emoji. “Preggers,” wrote another one, while yet another asked point-blank, “homegirl you’re pregnant right?” And these were some of the more politely worded comments.

Waiting for your permission to load the Instagram Media.

Did they really think this was a pregnancy reveal post?

The caption to Kourtney’s post was, “say hit to my closet.” But some fans were saying hi to their baseless speculation instead.

Kourtney and Travis Barker are certainly enjoying a hot and steamy romance, but there’s been no indication either is looking to expand their families with more children.

Many of those comments remain on the post, with the fans sub-commenting to debate among themselves whether or not she is and how rude it is or isn’t to even ask such a thing, or post a comment suggesting such a thing.

According to E! News, Kourtney actually commented on one of them, though she didn’t clarify one way or the other definitively, it certainly sounds like she’s saying that she’s not pregnant.

“I’m a woman with a BODY,” she clapped back, per multiple outlets. In other words, stop body shaming women simply for existing in their skin. And yes, speculating that a woman is pregnant because you perceive her body to look that way is body shaming.