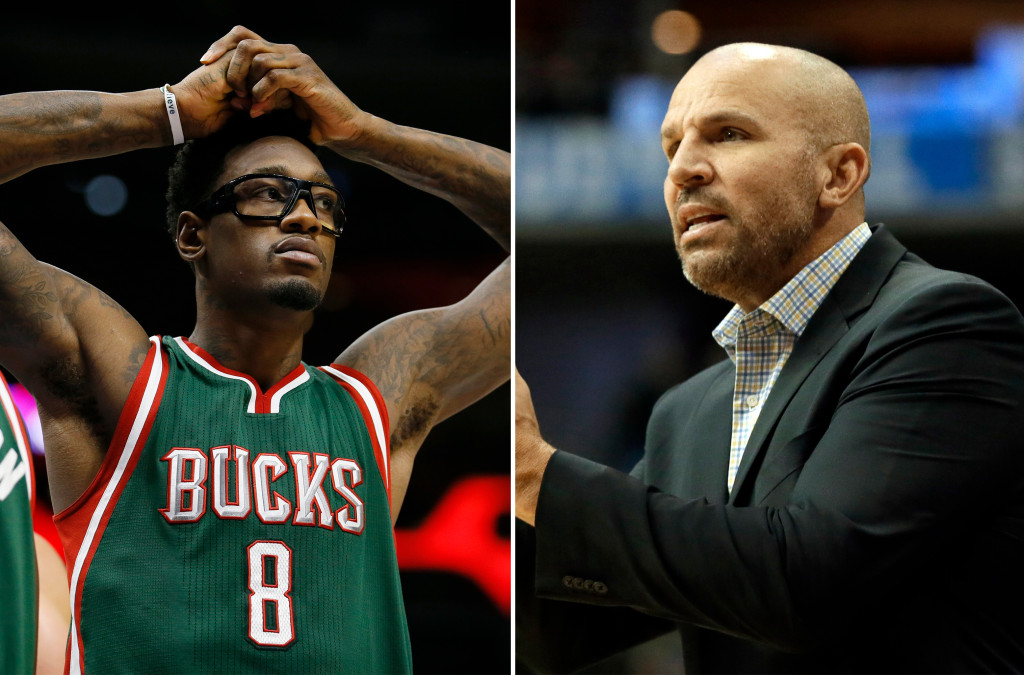 A new book has raised questions about Jason Kidd’s coaching style and whether he abused his position of power in Milwaukee, where he served as head coach between 2014-18.

“I don’t think he’s a bad person, but mentally, he kinda, like, brain f–ked me a little,” Sanders said in the book. “It was a lot of, ‘I love you,’ kiss you on the cheek, now it’s all about the money, who cares about your mental health, your body breaking down.”

Sanders described one specific three-hour practice on Christmas Eve under Kidd that resulted in him being hospitalized. Some of the coach’s drills that day, according to the book, included excessive running “like a college team,” weight-lifting and pool exercises.

“I had a full-body convulsion. My body broke down. Physically I couldn’t take it, and mentally I really couldn’t take it,” Sanders said of that day. The team initially had been scheduled for two days off and were not going to play on Christmas.

After cramping from head-to-toe, Sanders asked to be excused to the bathroom, to which Kidd said, “Oh don’t worry, we’ll wait then run some more.”

Sanders left practice that day and drove himself to the hospital, where he stayed overnight. He would never suit up to play with the Bucks again.

The 32-year-old took time away from the game, and later returned in 2017, playing five games for the Cavaliers.

The Bucks fired Kidd in 2018, following nearly four years of subpar seasons as head coach, where he posted a 139-152 record. Before his Milwaukee tenure, the Nets great and Basketball Hall of Famer was Brooklyn’s head coach for the 2013-14 season.

Kidd finalized a deal in June to become head coach in Dallas, after he served as an assistant with the Lakers and won an NBA title with Los Angeles in 2020.

Since the book’s Aug. 10 release, fans and even active players have shared glaring opinions and reactions on social media.

NBA forward Jared Dudley — who played under Kidd’s Bucks in 2014-15, and won a championship with the Lakers in 2020, while Kidd was an assistant — took to Twitter to defend Kidd.

“Jason Kidd was a great coach in Milwaukee. The man single handedly change the culture,” Dudley tweeted. “One of the biggest turn arounds from one year to the next in NBA history. I personally saw what he did for [Kris] Middleton and Giannis [Antetokounmpo]. He laid the foundation for them winning the chip this year.”

Kidd has not publicly responded to the book.