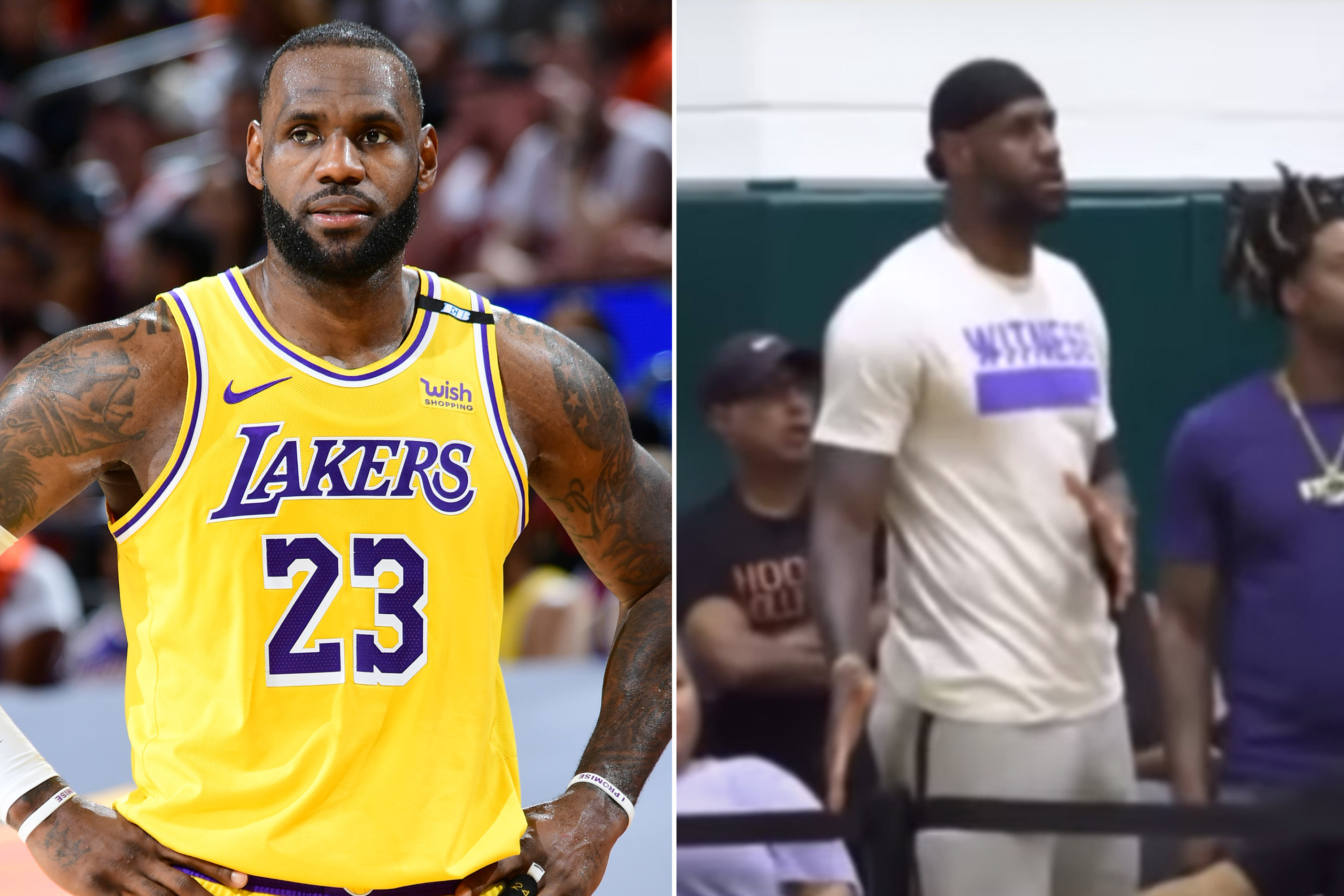 LeBron James is a diva even when he’s not playing.

The four-time NBA MVP caused a scene at his son Bronny’s prep basketball game on Saturday, interrupting the game to yell at the PA announcer over a comment he didn’t appreciate.

During the final minutes of the game – which took place at LeBron’s alma mater St. Vincent-St. Mary’s High School, at the aptly named LeBron James Arena – the Lakers star took issue after a PA announcer said Bronny got a foul call because he was playing in a gym with his father’s name on it, according to the broadcast.

The 36-year-old got up and started yelling at the announcer, interrupting the game in the process. It took LeBron a minute or so to calm down before he ended up walking back to his seat.

Bronny’s Strive for Greatness team ended up losing the game in overtime, 73-69. The game was a part of the “Battle Summer Showcase,” a tournament highlighting some of the best high school talent in the Midwest.

This is just the second time in the past 11 years, James is not a part of the NBA Finals. His Lakers were beaten in the first round of the playoffs by the eventual Western Conference champion Suns, who will take on the Bucks for the championship.