Leon Edwards’ mother was clearly anxious to watch her son trade heavy blows with Nate Diaz at UFC 263. When the Stockton native mounted a last-minute comeback, she started getting jitters, Edwards revealed.

During his interview with James English, Edwards revealed that his mother hilariously started screaming for help when Diaz was on the brink of finishing him at UFC 263.

“She was watching (the fight) when I got rocked by (Nate) Diaz. When I came back, I was like ‘Mom, what did you do?’. She was like ‘I opened the window and started screaming ‘help’,” said Leon Edwards.

‘Rocky’ was comfortably cruising to victory before being clipped by Diaz in the final minute of the fifth round. In what looked like it was going to be the greatest comeback in UFC history, Diaz blew the opportunity, instead choosing to taunt Edwards.

The Brit survived the scare and won a comfortable unanimous decision. All three judges scored the contest 49-46 in favor of ‘Rocky.’

Watching Diaz almost pull off a miracle comeback rendered shockwaves amid fans present at the Gila River Arena. Considering how their fight unfolded, the reaction of Edwards’ mother comes as no surprise either. 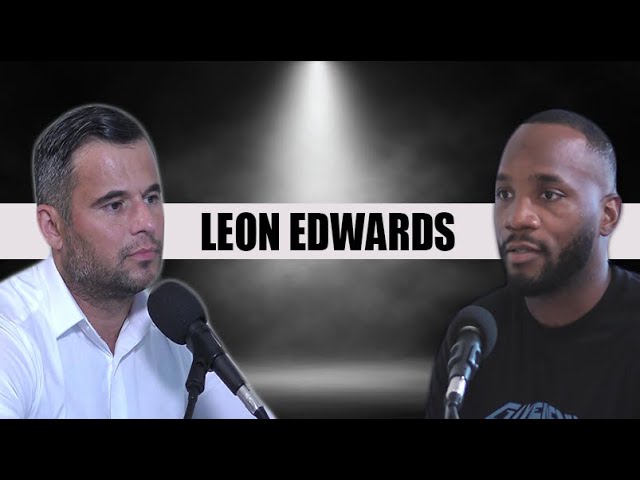 Leon Edwards wants to fight for the UFC welterweight title

Now that he is riding high on a ten-fight unbeaten streak, Leon Edwards is confident that he should challenge Kamaru Usman for the welterweight title in his next outing.

However, according to Dana White, Usman will defend his belt against Colby Covington. Edwards said ‘Chaos’ doesn’t deserve to fight for the title since he has only stepped once inside the octagon after losing to Usman at UFC 245. The 29-year-old feels that the promotion is overlooking him.

Edwards’ last loss came at the hands of Usman in December 2015, when the current welterweight champ convincingly beat him.

Since then, ‘Rocky’ has gone undefeated in his next ten fights, defeating notable names such as Vicente Luque, Donald Cerrone, Rafael dos Anjos, and Nate Diaz. Leon Edwards is currently ranked No.3 in the welterweight division.