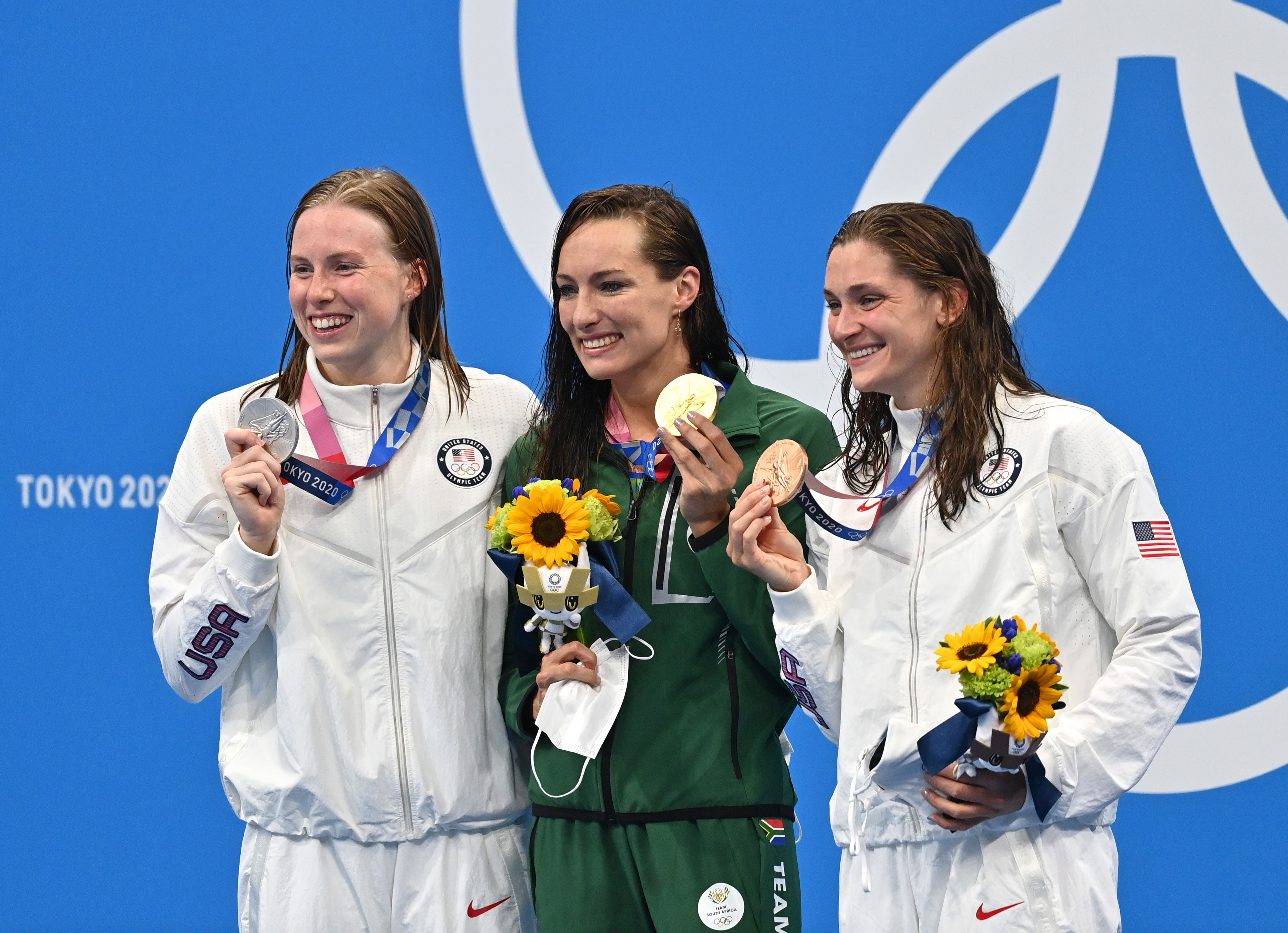 The 24-year-old pushed back against the media and American public, who, in her view, often downplay a silver or bronze finish.

“Pardon my French, but the fact that we’re not able to celebrate silver and bronze is bull—t,” King said.

King previously won two gold medals in 100-meter and 200-meter breaststroke in Rio and won the bronze in the 100-meter earlier this week,

King posted a time of 2:19.92, one of the fastest ever recorded. However, gold medal winner Tatjana Schoenmaker of South Africa broke the world record with a scorching time of 2:18.95, less than two hundredths quicker than the previous record.

“It’s just an incredible swim,” said Lazor, who was proud with her third-place finish with a time of 2:20.84. “That world record has been standing for a little bit too long, I think. So to see someone finally crack 2:19, we’ve all been working towards that, I think, to see someone like her do it, she’s just a great person, just to be there and experience that with someone is something that you’ll really never forget.”