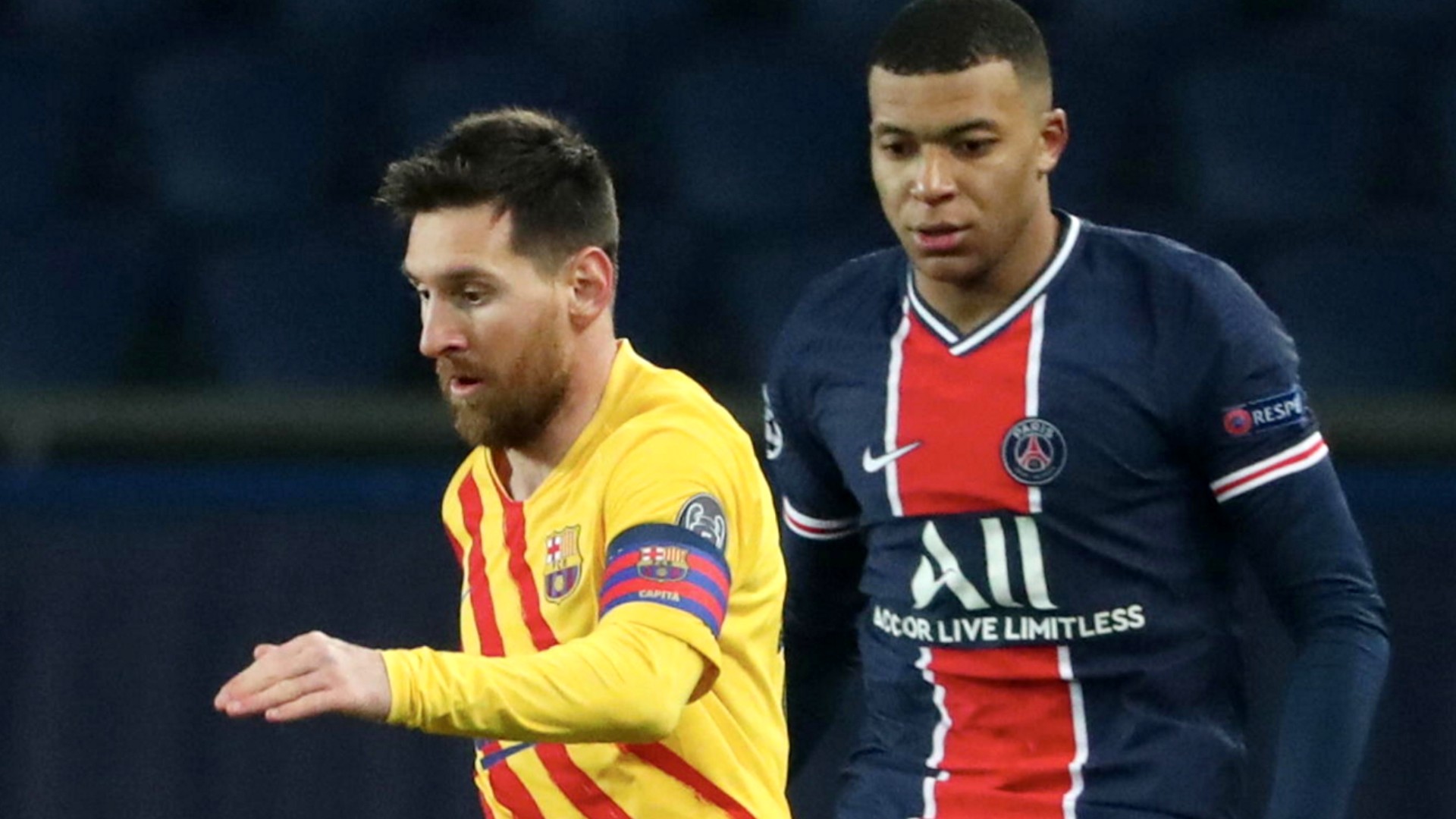 That was fast. The announcement that Lionel Messi will not be returning to FC Barcelona was barely a day old before reports around Europe were essentially announcing his arrival at big-spending Paris Saint-Germain.

And just five days later, the player is already in Paris, and the team is rolling out the red carpet.

He’s apparently doing his medical on Tuesday in Paris, but he had enough time to wave to fans from his hotel balcony:

Not even 24 hours had expired after the news that he wasn’t re-upping with Barcelona, that PSG manager Mauricio Pochettino made it public that they were negotiating with the 34-year-old Argentine star.

“Of course [signing Messi] is a possibility,” Pochettino said. “The club is working on it and if there is any information we will communicate it as soon as possible.”

#Messi is #PSG player will be presented on Tuesday at the Eiffel Tower and they are going to make a MEGA event with a special decoration for his reception. Khalifa bin Hamad Al Thani did the announcement , the brother of the Emir of Qatar . 👇 https://t.co/FkbWINCl3V

Two days after his tearful farewell press conference, Veronica Brunati reports that Messi is heading to Paris for his medical and a two-year deal has been sealed with an option for a third:

Lionel #Messi total agreement with PSG: two-years contract. Option to extend until June 2024. Salary around €35m net per season. He will be in Paris in the next hours. His flight in El Prat is prepared. Medical review will be done today. He will wear the “30” t-shirt.

And here’s Messi and his family arriving at the Barcelona airport on Tuesday with a one-way ticket to Paris:

Messi’s father and agent, Jorge, was peppered with questions at the airport and his answers were short, but telling:

🎤 Jorge Messi was asked some questions at the airport upon arrival by @mariagarridos.

• Who is responsible for Leo leaving: “Find out at the club”

Mohamed Bohafsi has been all over the news from the start, and he had the details down early: “Messi has chosen PSG! The latest discussions are a 2-year contract, plus an option. PSG is trying to close the deal this weekend. Messi’s father is to meet PSG in the coming hours. The Parisian locker room is happy.”

There was no stopping this train. That reporting was supported by others in the media, including ESPN’s Julien Laurens, CBS’s Fabrizio Romano and Sky Sport’s Matteo Moretto. Moretto reported that “Leo Messi is happening, the parties want to get it done in two days,” while Romano claims that the two sides were talking on Aug. 5 — the same day that Messi and Barcelona made the decision to part ways.

And if there’s anyone thinking that Messi’s arrival could mean that star forward Kylian Mbappe will soon be on his way out, the opposite is true, according to ESPN’s Laurens, who wrote that “Messi joining PSG would increase the likelihood of Mbappe, who is out of contract next summer, signing a new long-term deal with the club.”

PSG are hoping this move will finally help them achieve the dream of winning the UEFA Champions League, which they have come tantalizingly close to capturing in recent years. They reached the final in 2020 (loss to Bayern Munich) and the semifinal stage in 2021. They have spared no expense this summer to assemble a super team: Gigi Donnarumma, Sergio Ramos, Achraf Hakimi and Georginio Wijnaldum have all joined a team that was already stacked.

Who else could have signed Messi?

The only other European sides that could have come close to competing from a salary perspective are the biggest English spenders, Manchester City and Chelsea. But Manchester City has already ruled itself out of the Messi sweepstakes through its manager and Messi’s former coach. Pep Guardiola: “It’s not in our thoughts, absolutely not,” he said.

According to David Sanchidrian of Spain sports daily AS, Chelsea’s owner Roman Abramovich requested a meeting with the Argentine superstar’s camp to get a sense of what he’s looking for. But apparently Messi wasn’t entertaining that call. It’s been PSG from Day One.

With the prospect of UEFA Champions League soccer, Major League Soccer and Inter Miami will miss out on this round of Messi bidding, although the league and the LA Galaxy came up with a creative deal for David Beckham to move to the USA back when he was 32 following a spell at Real Madrid. Beckham’s the owner of Inter Miami, the expansion team he started with the expansion team option included in his original MLS contract.

Should Messi decide to head to the USA after two years at PSG in the summer of 2023, he would do so while turning 36. Zlatan Ibrahimovic is still starring for AC Milan at 39 and did so for the Galaxy prior to that. Cristiano Ronaldo is in the last season of his deal with Juventus in Italy, during which he’ll be turning 37. Ronaldo was the top scorer in the Italian Serie A last season and at Euro 2021.