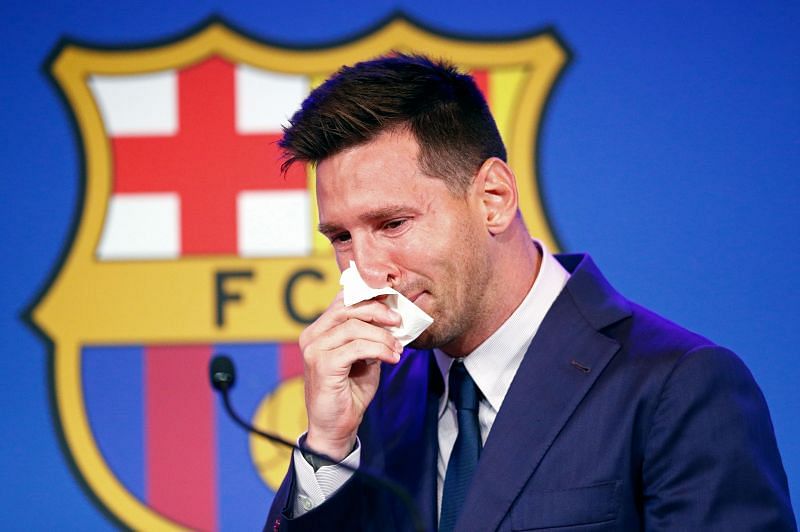 According to Argentinian journalist Veronica Brunati (via Sputnik News), Lionel Messi left Barcelona with an emotional final text to his former teammates and friends.

“I do not want to leave. No more could be done, there is no money. The club is very bad and they can’t renew me”

According to the aforementioned source, Lionel Messi maintains a WhatsApp group with his Barcelona friends including Gerard Pique and Cese Fabregas. The Argentine is still close friends with his fellow La Masia graduates, who are commonly known as the “Barcelona Generation ’87.”

The six-time Ballon d’Or winner had no other option but to leave his boyhood club on a free transfer. Lionel Messi was a free agent from the 1st of July 2021. However, it seemed like a formality before he would pen a new deal with Barcelona having agreed personal terms with the club.

Alas, the deal never happened which has now seen Lionel Messi join Paris Saint-Germain to reunite with his old friend Neymar. The 34-year-old forward has signed a two-year deal with the Ligue 1 side with an option to extend it by another year, until the summer of 2024.

In an interview with Guillem Balague for the BBC, Lionel Messi talked about his move from Barcelona to Paris Saint-Germain. The 34-year-old spoke about the experience everyone in his family endured during the days between the confirmation of his exit and his arrival in Paris.

“We couldn’t sleep in the past few days with so much anxiety, because of the uncertainty of what would happen next, especially after the club announced that I couldn’t stay. We didn’t know what were going to do. We had made no decisions. It was a time of where to go? What to do? Every family move is a major upheaval, but then I started to talk to people. Negotiations went quite quickly and things started to close down. And that makes you start to focus on what is coming, the changes.”