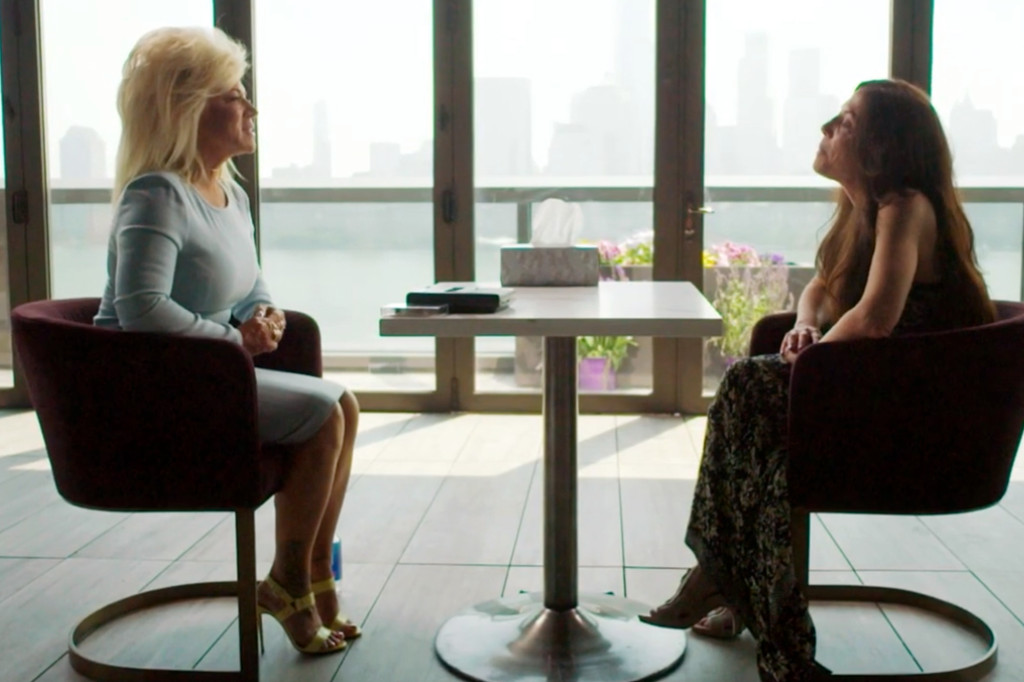 For the upcoming 20th anniversary of the Sept. 11 terror attacks, psychic Theresa Caputo — otherwise known as the “Long Island Medium” — will seek to bridge the celestial divide between the victims who died that day and their survivors.

But not everyone appreciates the spiritual outreach, with some calling it “utterly shameful” and suggesting it’s blatant exploitation.

In the special, titled “Long Island Medium: In Memory of 9/11” — premiering at 10 p.m. Sept. 9 on both TLC and Discovery+ — 54-year-old Caputo will connect for readings with a number of guests, including the sister of a New York City fire captain who later lost another brother to 9/11-related illness; two daughters of a woman killed inside the Pentagon; and the daughter of “Dust Lady” Marcy Borders, whose ash-covered image circulated widely in the media after the planes struck the World Trade Center towers.

“Once again exploiting these poor desperate family members lying to them into making them believe she can speak to the dead like COME ON PEOPLE!” wrote one seething critic after the clip was posted to TLC’s Instagram account, adding, “omgggg this makes me sick to my stomach.”

“It’s sad to make these poor families relive this stuff over and over again,” commented a critic, with another adding, “She is certainly taking advantage of the grief and pain of those who have lost loved ones. But hey, it makes for good tv.”

Others, meanwhile, said the teaser brought tears to their eyes and gave them “full body chills” and otherwise praised Caputo for attempting to help.

“If this brings them comfort, it’s not exploitation,” offered one supportive fan. “These people asked for her help. God bless them. I hope they find what they’re looking for.”

“Theresa Caputo visits the sites of the horrific attacks and meets with families of the departed to deliver messages of healing and heroism from the spirits of their loved ones,” reads a TLC press release sent Thursday, which adds that she will “use her gift to bring peace to those most personally impacted by the attacks by meeting with them in the shadow of the World Trade Center, steps from the Pentagon, and at the Flight 93 Memorial in Shanksville, Pennsylvania.”

In the preview video, Caputo is seated with a woman and tells her that her brother just said the words “last call” to her. The woman replies, “He made the last call before the towers came down. It’s unbelievable.”

In a clip from near the Pentagon, Caputo speaks to the two daughters — whose mother was killed while working for the military — and tells them, “She says, ‘I just want my girls to know that I am watching over you.’ “

A subsequent clip shot at the Flight 93 Memorial in Pennsylvania, where one of the planes crashed on 9/11 and killed all 44 people aboard, shows Caputo doing readings for other survivors. Caputo tells a woman her daughter speaks about writing things that day. That mother then pulls out a diary in which her daughter wrote about dying in a plane. Caputo asks another woman if she has a brother on the “other side” who passed away on 9/11. She tells the grieving woman that her sister was there to greet him.

“After meeting with Theresa I feel like I am born again,” the woman says in a separate interview.

The preview also shows Caputo standing in the field at the Pennsylvania memorial.

“I can’t hear well,” she says. “It’s almost like this deafening, and I believe that’s the souls protecting me from what they went through,” as she begins to tear up.