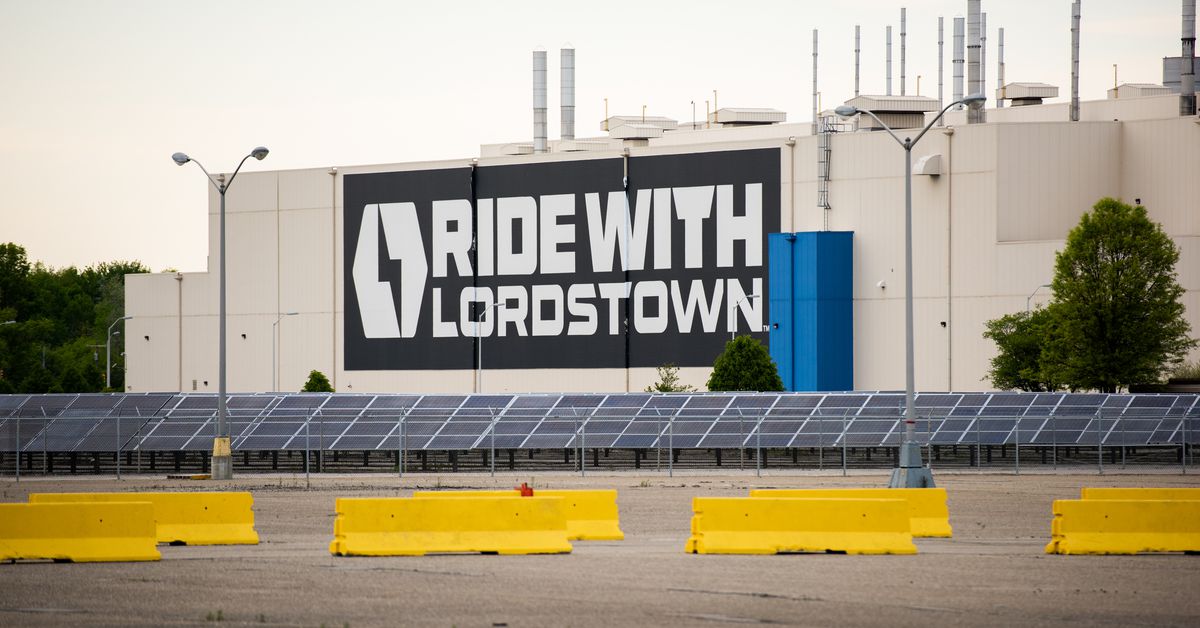 Lordstown Motors is looking to essentially loan out some space at the massive former General Motors factory it owns, as the troubled startup gets closer to building its first production-quality Endurance pickup trucks later this year. Interim CEO Angela Strand shared Wednesday that Lordstown is in “serious discussions… with several potential partners” who may build vehicles or do other types of work at the plant alongside the startup — meaning the startup could act like a sort of WeWork for manufacturing.

“This is a critical strategic pivot for us, a decision that we believe will lead to significant new revenue opportunities for Lordstown at the same time as production of the Endurance is ramping up,” Strand said.

“Our current footprint utilizes about 30 percent of the plant’s 6.2 million square feet, so we have ample room for potential partners to build vehicles, for us to build vehicles for others, and for additional [Lordstown Motors] vehicle platforms” to be built, president Rich Schmidt added.

“This is a critical strategic pivot for us”

Strand and Schmidt shared the plan on a call with investors where the company discussed its second quarter financial results. Lordstown Motors, which said in June that it will run out of cash by May 2022 without additional funding, lost $108 million in the quarter. The company was recently buoyed by an equity purchase agreement with a hedge fund which could allow it to raise up to $400 million. But the startup is still looking to raise more funding as it heads towards an announced September start date for production of the Endurance, and it won’t make money on those vehicles until they start shipping in early 2022 (which is around the same time that Ford’s competing F-150 Lightning is set to ship).

Those funding efforts include the plan to allow other companies to use the factory, as well as finding strategic partners and investors, and raising debt financing. Strand — who struck a five-month, $500,000 deal with Lordstown to captain the ship while it searches for a permanent CEO — said that the startup is in talks with a number of companies and potential lenders but declined to name any. She also said Lordstown Motors is working to get a third-party appraisal of the value of the factory, the equipment inside, and the improvements that the startup has made — which could help increase the amount of money Lordstown can borrow against the plant.

The former GM factory has played an outsized role in the short but tumultuous story of Lordstown Motors. In fact, the company was essentially founded with the intent of buying the factory in early 2019.

At the time, GM had come under tremendous pressure from then-President Donald Trump for closing the plant (where it once produced the Chevy Cruze). So Lordstown Motors founder Steve Burns struck a deal with his former company, another EV startup called Workhorse, to license intellectual property for an electric pickup truck that was never put into production. GM assisted with the purchase and handed over some equipment. Trump said the deal was “GREAT NEWS FOR OHIO!”

Lordstown Motors, which went public in a merger with a special purpose acquisition company late last year, has since put about $240 million of work into the factory to get it ready to build the electric pickup truck, called Endurance. Workhorse was even considering using Lordstown Motors as a manufacturer if it won the contract to build the next-generation United States Postal Service mail truck (before the award went to defense contractor Oshkosh).

But Lordstown Motors stumbled earlier this year after Hindenburg Research published a report alleging that Burns had misled investors about how many preorders the startup had collected for the truck.

Burns has since resigned, along with a number of other executives and employees close to him, and the startup is under investigation by the Securities and Exchange Commission and the Department of Justice. Lordstown Motors subsequently narrowed its plans for initial production, and stopped work on a second vehicle — an electric van — that was supposed to be part of a partnership with Camping World. This week, Workhorse sold 72 percent of the stake it acquired in Lordstown Motors.