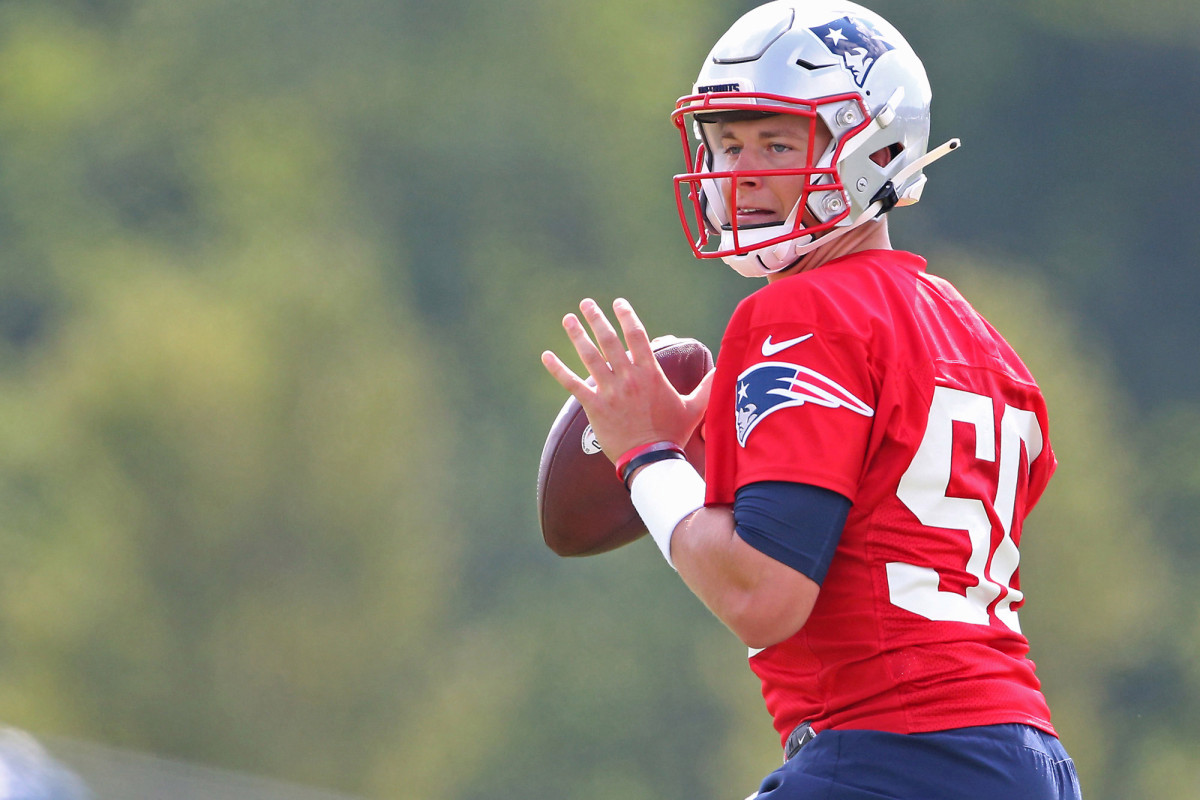 LAS VEGAS — A quarterback competition is developing in Patriots camp, and it’s not going to stay under the media radar for long. Sooner or later, rookie Mac Jones will pass veteran Cam Newton in the race to be the starter.

Bill Belichick’s attempt at a bounce-back year appears to be one of the NFL’s most intriguing storylines, beginning with a big decision the New England coach might be forced to make after evaluating his top two quarterbacks in August.

Jones, the 15th-overall pick in the draft, is considered the future and the long-term heir apparent to Tom Brady. Belichick has named Newton the starter, but if Jones continues to develop in the preseason, his future likely will come sooner than initially expected.

The Newton-Jones duel might make the Patriots a bet-on team in the preseason, when quarterback competitions become a high-priority handicapping angle.

“I am high on the Patriots,” said VSiN analyst Michael Lombardi, a former NFL executive who worked in the New England organization from 2014-15. “I think they can win 10 games, and I have faith in Belichick. I know they really like Mac Jones a lot. Will he beat out Cam by Week 1? I don’t know. If they can get anything from the quarterback position, they’re going to be OK.”

Belichick plans to start Newton when the Patriots open the preseason Thursday as two-point home underdogs to Washington, but he may play only one or two series. Jones is the current No. 2, ahead of Brian Hoyer and Jarrett Stidham (who had back surgery recently and is expected to miss three months).

The Patriots played three quarterbacks last season — Newton, Hoyer and Stidham — who combined for 10 touchdown passes with 14 interceptions. New England ranked 27th in the league in scoring offense, with 20.4 ppg.

Jones, who led Alabama to the national championship last season, is a rhythm passer and a good fit for offensive coordinator Josh McDaniels’ system. Newton is more of a read-option running threat, so the Patriots essentially operate two different offenses with Newton and Jones.

“For me in preseason, I look at the coaches’ interest in winning, offensive lines and quarterbacks,” Lombardi said.

Belichick’s team is coming off a 7-9 finish, his first losing season since 2000 and his first regular season with fewer than 10 wins since 2002. The BetMGM win total for the Patriots is 9.5. After beefing up the offensive line and rebuilding the defense, he must find an answer to the quarterback question and seems likely to put more emphasis on preseason games.

A look at some of the best and worst QB rotations heading into the preseason:

Bears: First-round pick Justin Fields from Ohio State will get a thorough audition. Fields’ mobility should help him move the ball when the offensive line breaks down, which happens frequently when backups play. Andy Dalton is the starter, and former Super Bowl winner Nick Foles is No. 3, unless he gets traded.

Bills: Josh Allen is rising into the elite category as a starter, so his August action will be limited. He’s backed up by former Bears starter Mitchell Trubisky, Jake Fromm and Davis Webb, a third-round pick by the Giants in 2017.

49ers: Jimmy Garoppolo is the starter, but rookie Trey Lance is having a strong camp and the third-overall pick will see extensive playing time. Josh Rosen and Nate Sudfeld are experienced backups.

Raiders: Jon Gruden considers himself an expert quarterback coach and will want to evaluate Marcus Mariota and Nathan Peterman behind Derek Carr.

“With Carr and Mariota, the Raiders really have two starters,” VSiN oddsmaker Vinny Magliulo said. “I think the Raiders are one of the teams in the best shape.”

Lombardi said, “Who are you going to beat with those guys? A team I think [is] going to be bad is Cincinnati.”

Dolphins: Tua Tagovailoa is followed by Colts castoff Jacoby Brissett and Reid Sinnett, who went undrafted out of the University of San Diego.

“A team that should really be concerned is Miami,” Magliulio said. “You can’t like what you were seeing out of Tua last year.”

“I think the Jets [will] be a bad team in preseason,” Lombardi said.

Rams: Matthew Stafford will not play a snap in the preseason, according to coach Sean McVay. John Wolford is a good No. 2, but Bryce Perkins and Devlin Hodges will play a lot for McVay, who cares little about winning in August.