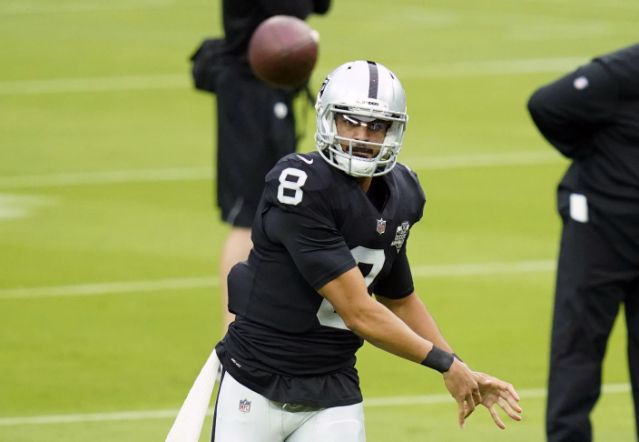 Quarterback Marcus Mariota is now happy as he gets to stay as part of Las Vegas Raiders despite taking one pay cut in order to remain in the team.

Through KHON2, Mariota said the chance to remain with Raiders overcame any concern over lowering his pay for upcoming season.

Mariota went on to say that he thinks controlling what he can control is what matters at the end of the day. For him, it’s not just about money, he loves playing and feels blessed to make a comeback. It means a lot to him to get the chance to be part of the Raider, he added.

He accepted one deal that reduced his salary to only $3.5mn from $10.725mn for the season. It does include incentives wherein he can earn around $8mn if he happens to get the opportunity to play as well as acquire performance goals. It is a huge chunk that he decided to forego to make sure that he stayed with Raiders.

Mariota feels that the challenge one faces at the end of the day ultimately develops them. He is simply excited to get the chance to be a bit stable and do everything possible to help his team win.