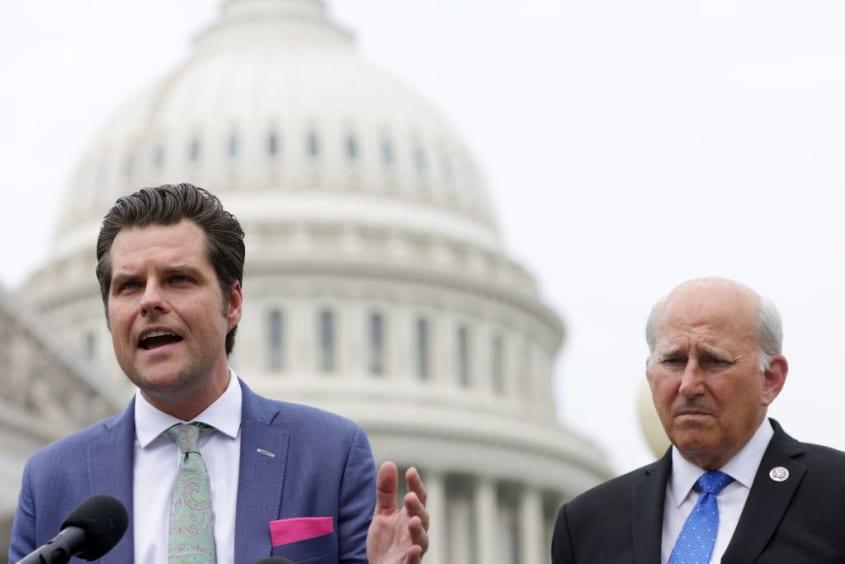 Joel Greenberg, a former Florida tax collector and one-time wingman for Rep. Matt Gaetz (R-Fla.), is regularly turning over information and potential evidence to federal investigators looking into whether Gaetz was involved in the sex trafficking of a minor, ABC News reports.

In May, Greenberg pleaded guilty to sex trafficking of a minor and several other federal crimes. He said he introduced the minor to other “adult men” who had sex with her, and agreed to cooperate with prosecutors investigating the matter. Several people familiar with the situation told ABC News that Greenberg has given investigators years of Venmo and Cash App transactions, thousands of photos and videos, and access to his personal social media accounts.

ABC News reviewed text messages sent in September 2018 that appear to show Greenberg discussing with a woman he met online how he could send her money, whether she was underage, and if she had ever tried drugs. He also set up a meeting for himself, the woman, one of her friends, and Gaetz, and sent along a photo of Gaetz taken with children at an elementary school during a 2017 visit.

Gaetz, who has not been charged with a crime, denies any wrongdoing, and his spokesperson told ABC News “that others might invite people unbeknownst to a U.S. congressman to functions he may or may not attend is the everyday life of a political figure. Your story references people the congressman doesn’t know, things he hasn’t done, and messages he neither sent nor received.”