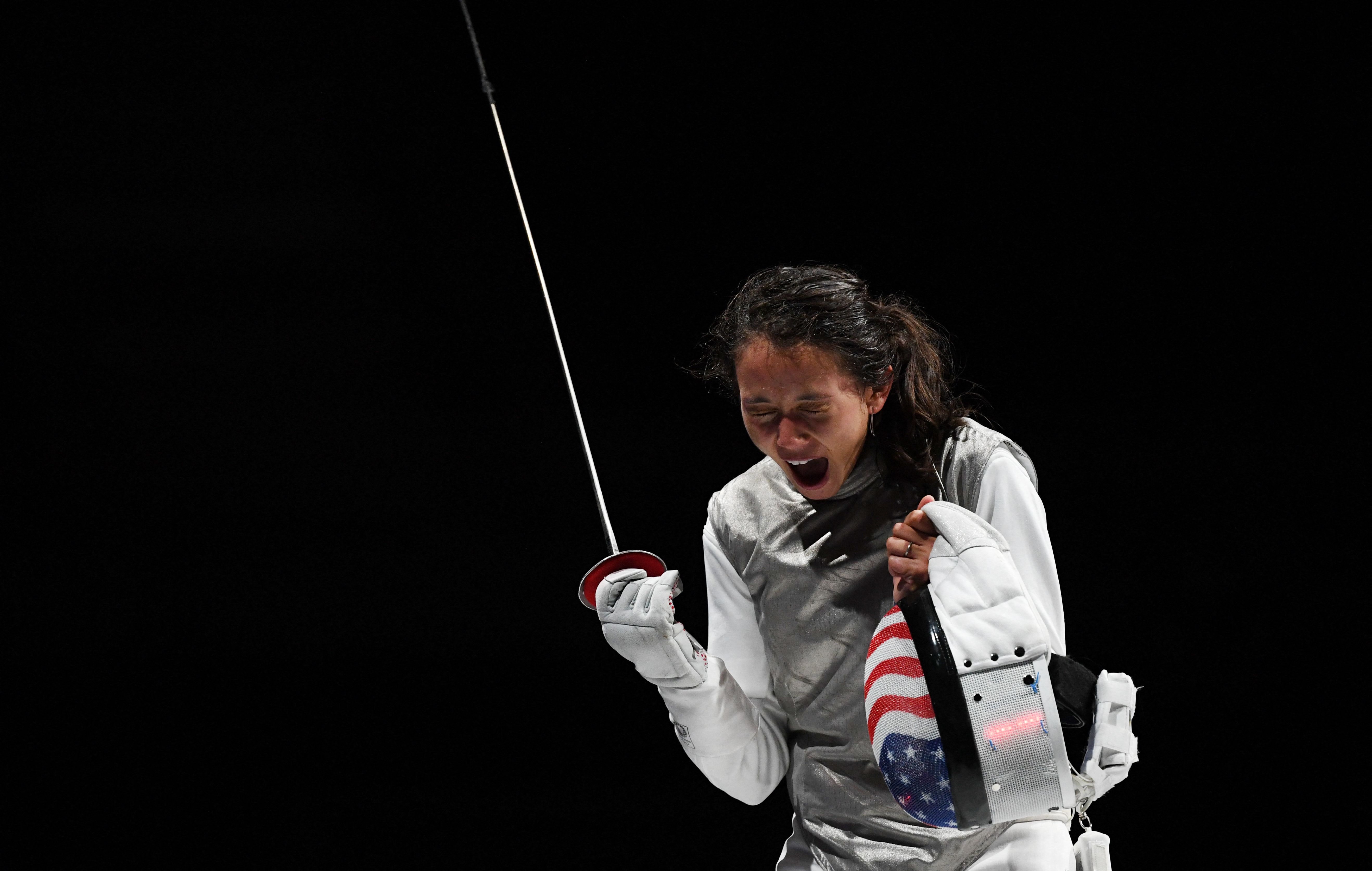 Lee Kiefer defeated Russia’s Inna Deriglazova 15-13 to take home the gold. In the two fencing events that have taken place so far — men’s epee and women’s foil — no other American has advanced past the Round of 16.

Kiefer ripped off her mask after the final point and shouted “Oh my God!” She placed fifth at the 2012 London Games and was 10th at the 2016 Rio de Janeiro Olympics.

A four-time NCAA champion at Notre Dame, Kiefer is now a medical student at the University of Kentucky. Her husband, Gerek Meinhardt, won bronze with the U.S. team in foil at the 2016 Olympics.

“It’s such an incredible feeling that I share with my coach, I share with my husband, with my family, just everyone that’s been a part of this,” she said, her gold medal hanging from her neck. “I wish I could chop it up in little pieces and distributed it to everyone I love.”

While Kiefer joined Mariel Zagunis as the only other U.S fencer to earn gold, Larisa Korobeynikova of Russia beat Alice Volpi of Italy 15-14 in the bronze match.

The 27-year-old Kiefer nearly almost didn’t make it Tokyo. She initially decided to finish her Olympic career after Rio 2016 but continued to compete internationally en route to the 2020 Olympic games.

Kiefer and Meinhardt built a fencing strip in her family’s Lexington home to practice during the pandemic.

“We just tried to maintain a baseline so we didn’t forget how to lunge and our point control didn’t get too terrible,” Kiefer told USAFencing.org. “But then we actually went back to school, and so for probably the first time in my life, I was pretty much a full-time student, and that was a different feeling.”

Kiefer is focused on completing her rotations in family medicine, internal medicine, OB-GYN, psychiatry and neurology. Following her time in Tokyo, she will return home to Kentucky to complete her pediatrics and surgery rotations.

The No. 2-ranked Meinhardt will compete in the men’s foil competition on Monday. Like Kiefer, his life will remain fast-paced after the Games. His final event is scheduled for Aug. 1 while his second year of medical school begins Aug. 2.