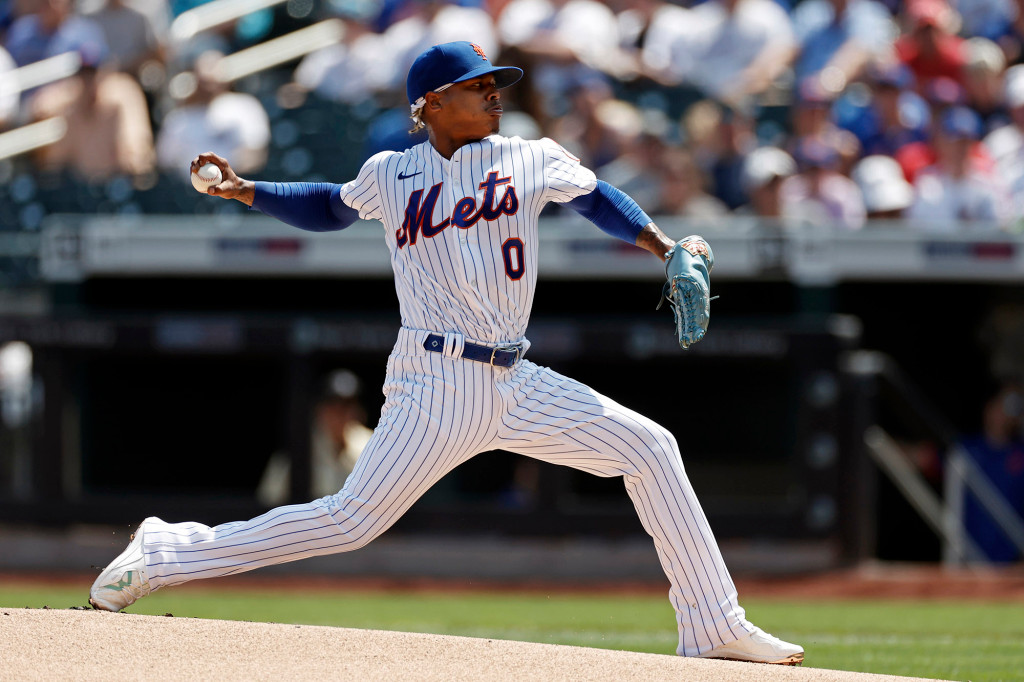 For the first time in nearly three weeks, the Mets have won back-to-back games.

Continuing to take advantage of the depleted Nationals, the Mets pounced early and Marcus Stroman largely cruised on the way to a 4-1 win Thursday in Game 1 of a doubleheader at Citi Field.

The Mets (58-55) won consecutive games for only the third time since the All-Star break, and the first since July 21-23. A win in Game 2 would give them their first three-game winning streak since June 14-16 as they try to reverse their recent free fall – with the reigning World Series champion Dodgers coming to town on Friday.

The Mets pounded out 12 hits, including two apiece from Brandon Nimmo (who drove in all four runs), Dominic Smith, J.D. Davis and Michael Conforto.

For most of the afternoon Thursday, the heat served as a more formidable opponent than the Nationals lineup for Stroman. After being tended to in the fourth inning, with the temperature climbing into the 90s, the Mets right-hander chugged some water and then got back to mowing down the Nationals.

Stroman was working on a shutout until the sixth inning, when he issued a leadoff walk. Andrew Stevenson then singled before Victor Robles lined a double to put the Nationals on the scoreboard.

One out later, Aaron Loup relieved Stroman to face Juan Soto. In a lefty-on-lefty battle, Loup walked the biggest threat in the Nationals lineup before getting Josh Bell to ground into an inning-ending double play – with an assist from Pete Alonso, who leapt at first to catch the throw from Jonathan Villar and slapped the tag on Bell.

The Mets jumped out early for a 3-0 lead in the second inning off Nationals spot starter Sean Nolin, the Long Island native who was called up for his first MLB appearance since 2015. Villar led off with a single and two outs later, Stroman caught the Nationals sleeping when he laid down a bunt single to third base, where Carter Kieboom was playing deep.

Nimmo then drove both runners in when he ripped his third home run of the year to right field.

The Mets provided Stroman with some extra breathing room in the fourth inning. Conforto singled to knock Nolin out of the game and Tomas Nido followed with a single off reliever Andres Machado. After Stroman struck out – with Nido swiping second for his first career stolen base – Nimmo slapped a single down the third-base line to make it 4-0.

Alonso came up next and got drilled on the right hand with a 95 mph pitch. He jawed with Machado as he made his way to first base, but aside from Mets catcher James McCann jumping over the dugout railing, the teams remained on their respective benches.