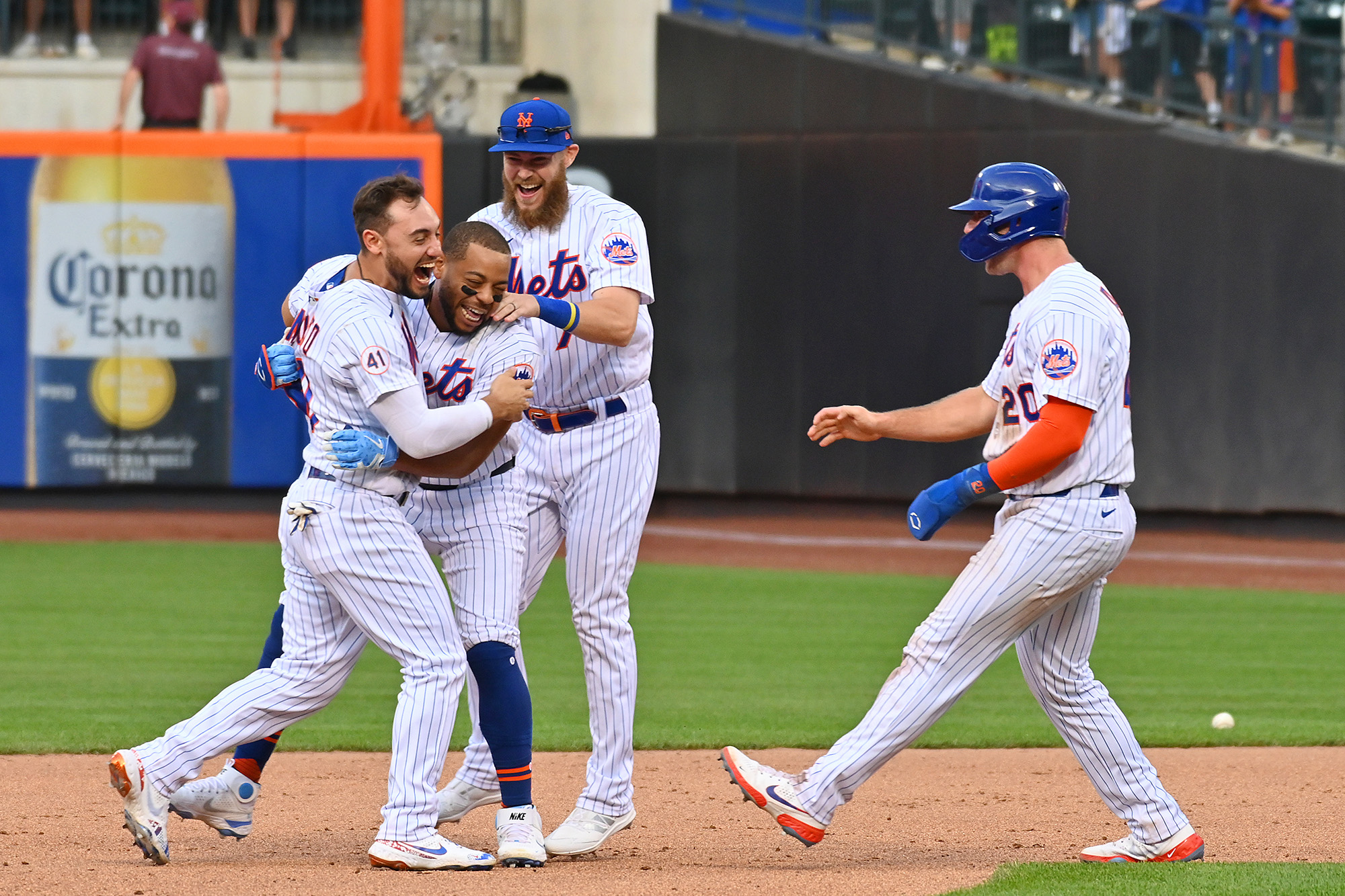 An ugly stretch of Mets futility Friday meant a franchise icon’s record is now shared, but the afternoon into the early evening wasn’t a total bust for manager Luis Rojas’ crew.

Dominic Smith delivered a walk-off RBI single in the eighth inning, allowing the Mets to escape Game 1 of a doubleheader with a 2-1 victory over the Phillies at Citi Field.

It came on a day Aaron Nola struck out 10 straight batters to match a record held alone by Tom Seaver for the last 51 years.

Smith, batting after Pete Alonso had been intentionally walked with the automatic runner on second base for extra innings, slapped a single through the middle against Ranger Suarez and was swarmed by teammates, who tore off his jersey on the field.