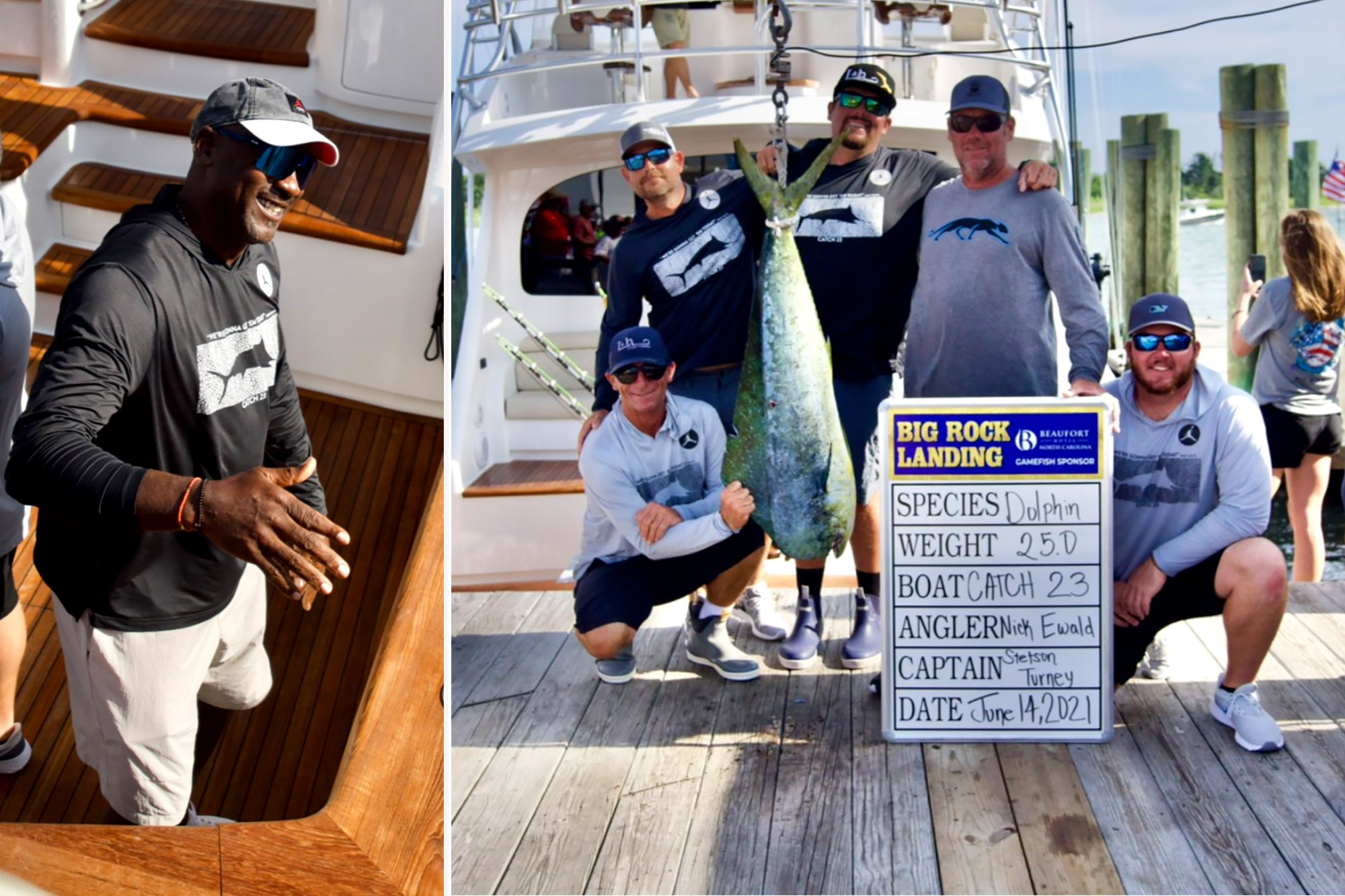 NBA legend Michael Jordan is attempting to capture his seventh championship, this one far away from the hardwood.

The six-time NBA champion took an early lead in the 63rd annual Big Rock Blue Marlin Fishing Tournament by reeling in a 25-pound dolphinfish. The catch placed Jordan, who is known for his extreme competitiveness, in first place of the dolphinfish category for the first day of the six-day contest.

That wasn’t the only catch of the tournament for the Catch 23 boat, which is an 80-foot Viking Yacht. They were able to land another huge fish. Unfortunately for the group, they caught the wrong species and had to throw it back into the water.

Jordan and his crew, which consists of nine other members, are no strangers to the event. Last year, the crew was able to land a gigantic 442-pound blue marlin. The catch landed them fourth place out of 204 boats.

This year’s contest, which ends on Saturday, consists of 270 boats. The winner will receive the grand prize of $3.4 million.

Jordan’s crew has dropped in the rankings since their dolphinfish catch, however. They now sit in eighth place with the first-place competition catching a 41.4-pound dolphinfish.

Catch 23 has a lot of ground to make up with only two days left in the event. Yet, NBA fans know that you can never count out the five-time MVP.