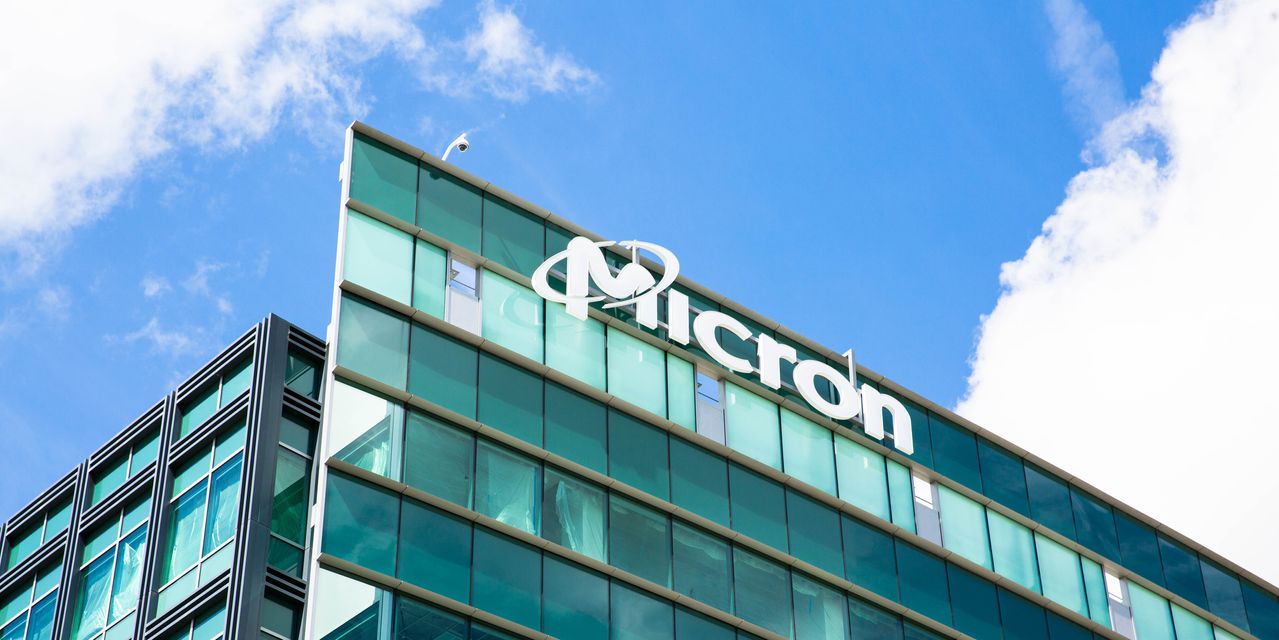 The party in the memory market could be coming to an end, and that’s weighing on shares of Micron Technology Inc. Thursday.

are off 7.6% in Thursday trading and on track for their fourth straight day of declines after Morgan Stanley analysts led by Shawn Kim downgraded the stock to equal weight from overweight, warning of a coming cool down in the DRAM memory business that could lead to lower DRAM prices. Micron’s stock is on track for its worst single-day percentage decline since March 16, 2020, when it fell 19.8%

“Cyclical conditions for DRAM have started to roll over,” the Morgan Stanley analysts wrote. They initially thought that if demand stayed strong into the fourth quarter, prices could still go up since supply has outpaced production. Now they worry that even though demand has been strong on a “relative basis,” it has worsened in the last few weeks, leading to lower pricing expectations.

“Initial indicators are pointing to a more challenging environment for pricing into 4Q following prolonged 3Q negotiations that resulted in continuous price hikes, and a reversal in trend into 2022,” they wrote. That could shift the conversation on memory stocks away from earnings potential and instead onto what a fair price for the names should be late in a memory cycle.

Read: The semiconductor shortage is here to stay, but it will affect chip companies differently

As for Micron specifically, the analysts noted that they’ve been “impressed” by the company’s “structural improvements,” but they remain worried about the pricing trajectory. Though DRAM prices increased 35% over the past two quarters, with expectations for a “further modest increase” through the end of this year, they see “risks of a steeper decline next year, given the elevated state of customer inventories in some markets.”

They lowered their price target on Micron’s stock by 29%, to $75 from $105, commenting that “earnings deceleration is seldom graceful—even in recent years where we have been impressed by the trough earnings power.”

Rosenblatt analyst Hans Mosesmann was more upbeat, however, writing a note to clients in which he called concerns about the end of DRAM cycle “overblown” and argued that investors are misunderstanding the unique supply-demand dynamics of the DRAM memory business.

In addition, he noted that Micron recently initiated a dividend, which is “not an exercise done willy-nilly.” That Micron Chief Executive Sanjay Mehrotra, who “understands his business well,” was motivated to ask the company’s board of directors to approve a dividend policy, suggests confidence in business trends.

has risen 18.5% and as the PHLX Semiconductor Index
SOX,