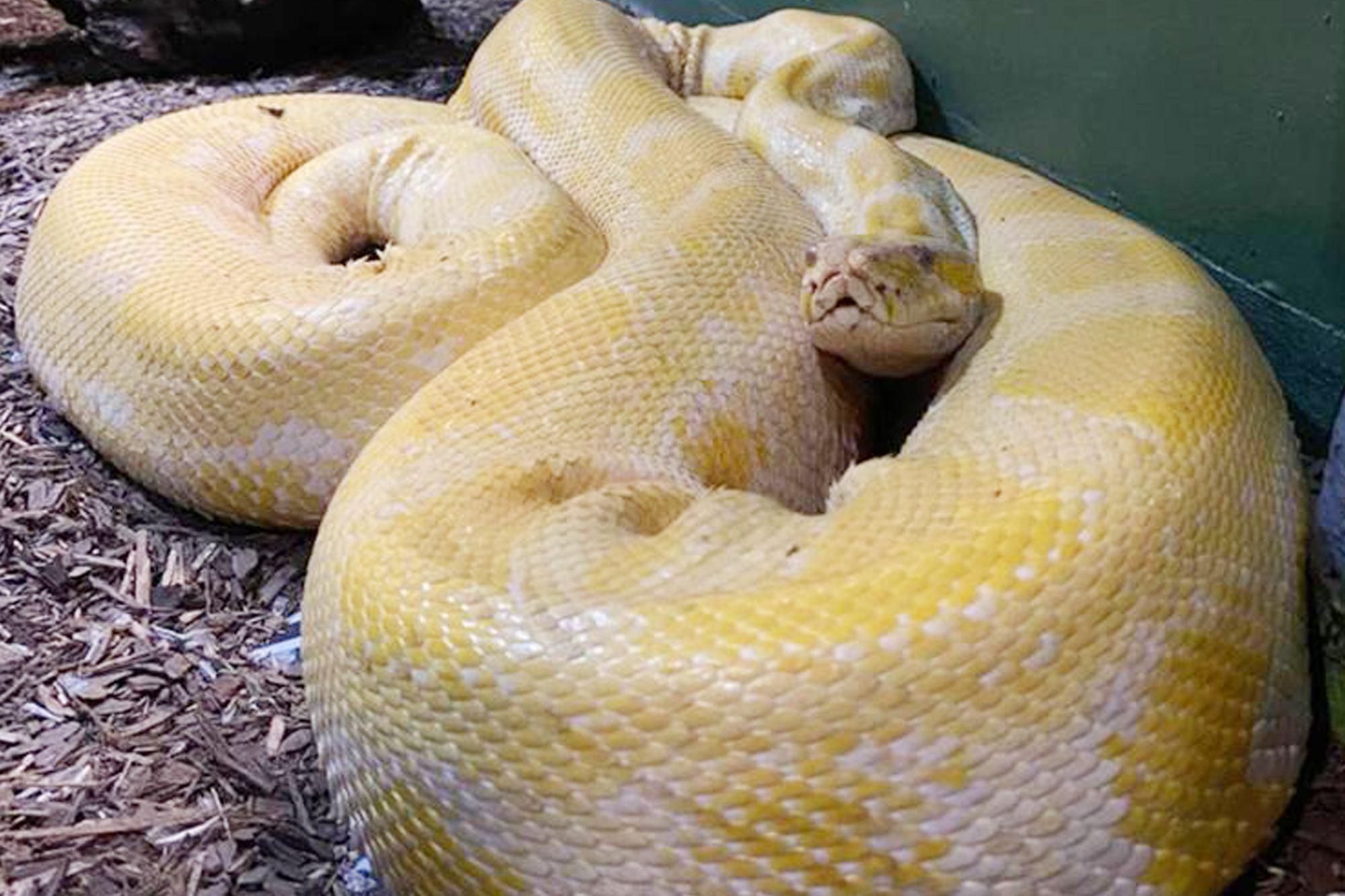 A snake that went missing from the Mall of Louisiana’s Blue Zoo Aquarium was found early Thursday morning.

Video posted to the aquarium’s Facebook page showed the moment rescuers found and removed her.

“We couldn’t be more excited to share with you that the search is over! Care has been found, safe and healthy!” the Blue Zoo Aquarium said. “More details to come!”

Cara, described as a “sweet” serpent, had been used in shows to entertain children at the aquarium – which opened this year – and her alarming disappearance shuttered both the aquarium and mall.

The zoo initially called the St. George Fire Department for assistance in addition to animal control.

However, the 150-pound non-venomous python’s daring escape on Tuesday was captured slithering in security footage, according to local station WBRZ, and some social media users said the snake was not in its enclosure when they visited the aquarium on Monday.

In a previous Facebook post, the aquarium said multiple snake experts and an animal tracker were brought to assist local police officers and firefighters in the days-long search and that they had purchased night vision and multiple motion-sensor cameras to aid in the effort.

“We’ve hired a company using infrared, additionally, local plumbing and HVAC companies continue to snake cameras throughout all possible openings and small areas. We have heat and food sources to draw her in as well and have a veterinarian on standby,” Blue Zoo said.

“It feels great because I know that her skin had been drying out after being up there for so long. And just, I got all cut up crawling through there so I know that the same thing happening to me was happening to her,” he said, adding that it was “nice to see everyone working together.”

WAFB said Cara was transported to the LSU School of Veterinary Medicine for a checkup.