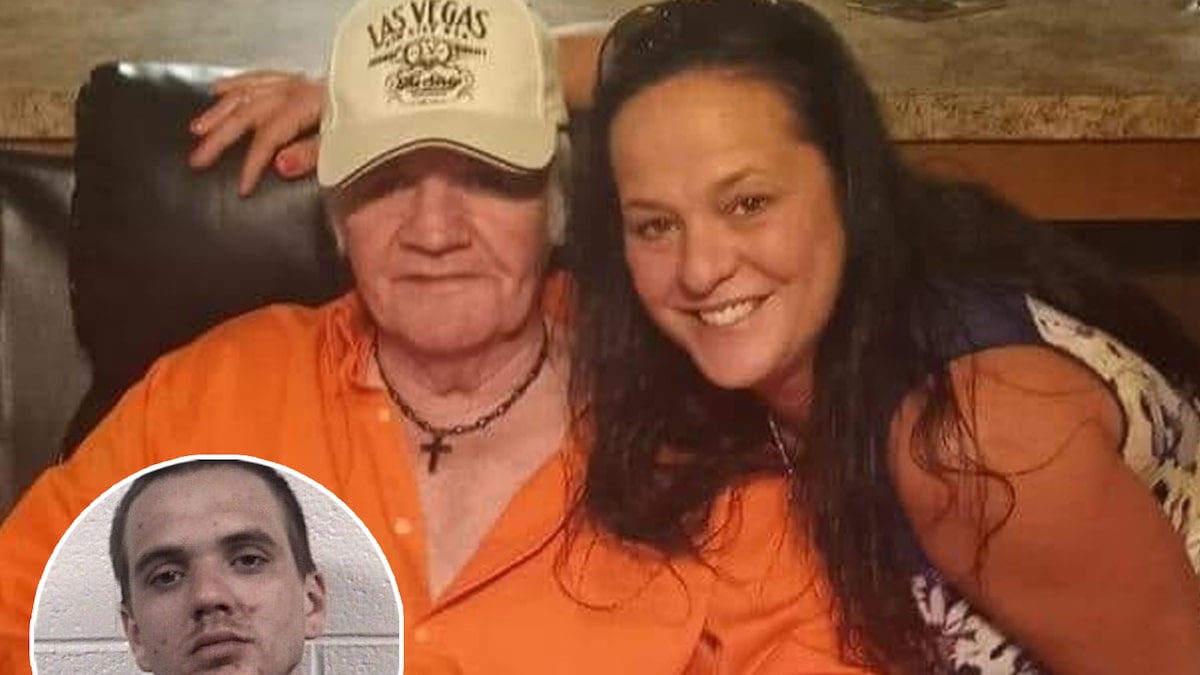 Police had searched the glove box, but missed the body sitting in the front seat.

A North Carolina car crash victim who was missing for nine hours was later found at a towing yard… still inside the same car.

Just before 7 AM on June 14, Teresa Tysinger Williams was riding passenger in her own 1999 Jeep Grand Cherokee along Stone Mountain Road in Stoneville when her son, 26-year-old Banner “Cole” Williams (pictured, inset), lost control of the vehicle and crashed into an embankment.

In a bizarre turn of events, neither the emergency crews, towing company or police — who even searched the glove box for registration papers — noticed the 54-year-old sitting in the front seat.

Her dead body was not discovered until 3:15 PM that day, after continued insistence by distraught relatives to search the car; her family now fear that she may have survived the initial crash, and died while she sat undiscovered en route to or at the towing yard.

According to police, when they arrived at the scene, Cole was outside of the wrecked vehicle. He admitted using heroin an hour before the crash; but investigators said he never once mentioned his mother had been in the car beside him.

“Apparently, he did not say his mother was with him,” Teresa’s mother Nellie Nelson told Rockingham Now. “Even when he went to the hospital after the wreck with a busted lip. He never mentioned nothing about his mother.”

Nelson discovered her daughter was missing when Teresa’s boyfriend, Joel Woods, called her at 1:37 PM that day to report that the lab research supervisor had not shown up for work, which was very unlike her.

Leaving her job, she rushed to the scene of the accident to help in the search, reaching the spot at 3:30 PM. It was there an EMS worker informed her her daughter’s body had finally been found… at McGehee’s Towing Company yard in Reidsville.

According to the medical examiner’s report, during a subsequent search of the car, a paramedic named Connie King opened the passenger door and found a dead body in the front seat, covered in “a lot of loose clothing” beneath a child’s car seat.

When asked if the corpse could be seen from the driver’s side, she replied: “I’m not sure. I walked up on the passenger side but, considering all of the clothing on top of her and the car seat, probably not.”

Police have been tight-lipped about the blunder, citing an ongoing investigation.

The family meanwhile are left with several unanswered questions, including how Teresa could have been missed after the car was towed twice, why investigators didn’t conduct a more thorough search after running the registration and discovering the car was hers, or why they didn’t at least look for a child after seeing the empty car seat.

They are also left with the agonizing thought Teresa may have initially survived the crash, as the medical examiner’s report only notes what time the body was found — not the exact time of death.

Nelson said she has even received three conflicting reports as to what Cole was doing when police found him.

Fight Breaks Out After Woman Helps Dog Locked in Hot Car — But Who is in the Right?

Rockingham Now also spoke to the mother of the owner of the towing company, who said her 6’8″ son, because of his long arms, never had to enter the car, and simply reached in through the driver door to adjust the gears for towing; she said he never suspected a victim could be still in there, assuming — reasonably — police had thoroughly searched it.

Cole was arrested four days after the crash, and charged with second-degree murder, felony death by vehicle, reckless driving, driving while impaired, driving while license revoked, and several other related charges to the accident.

Many more mysteries surround the accident besides: While she loved her son dearly — and he her — Teresa’s parents insist she would have never let the heroin addict drive her car, which he sometimes snuck into when he needed a place to sleep.

Nor can they explain why Teresa’s phone and purse were left at home — which she never left the house without — or why the pair were driving so early in the morning.

They said Teresa had spent $3,000 sending her son to rehab, and was working extra shifts to pay for his dental work.

“I won’t rest until somebody tells me the truth,” Nelson said. “Y’all screwed up, you messed up — from the fire department to EMS to the highway patrol.”

“I need somebody to tell me what happened to my daughter.”

Police Apologize for Throwing Woman’s Burnt Corpse in Dumpster, Thought it Was a Mannequin