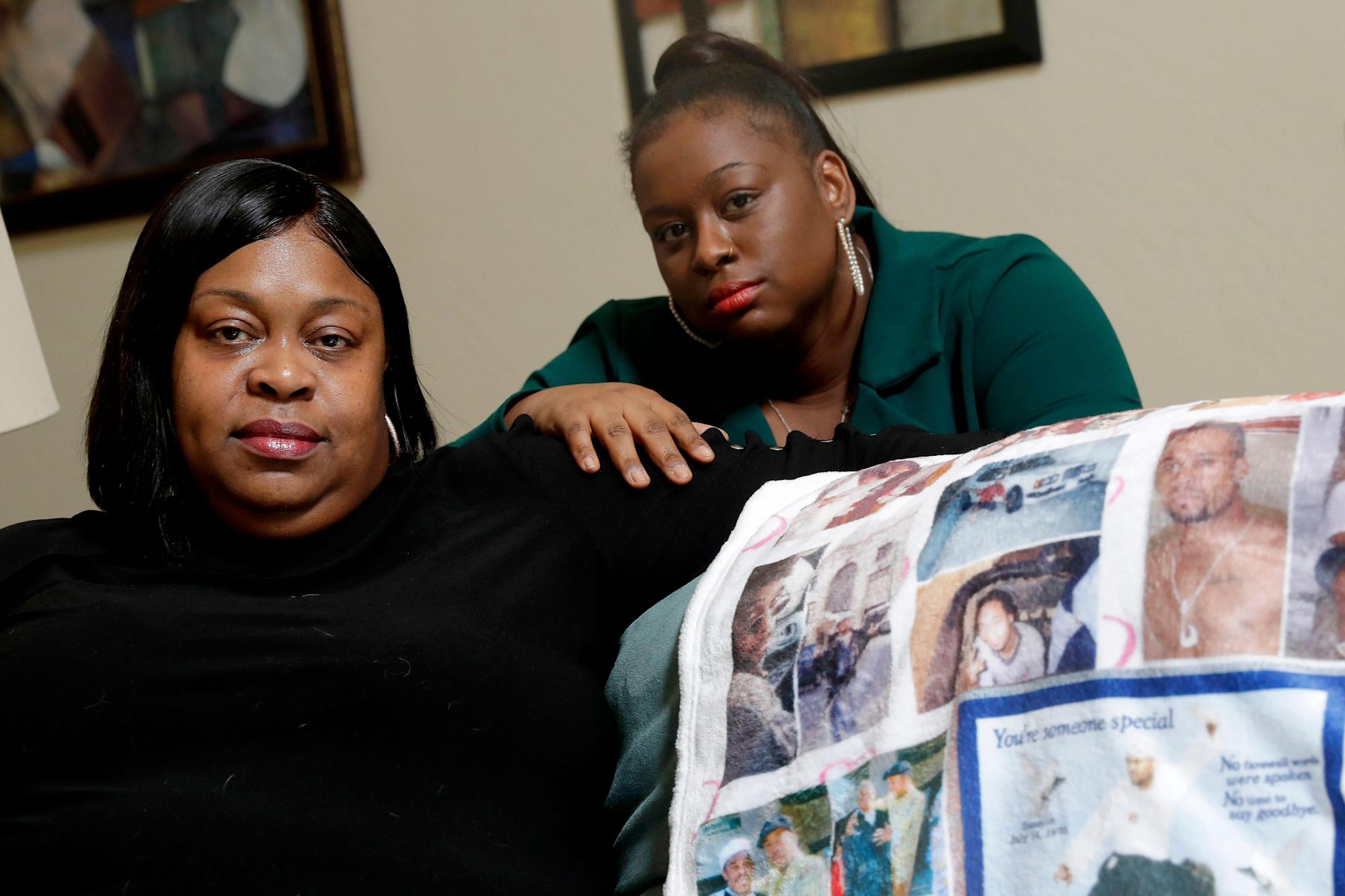 On Jan. 4, 2017, my brother, Muhammad Muhaymin, tried to use the public restroom in Phoenix. It cost him his life.

As the Department of Justice opens an investigation into the Phoenix police, it’s time for us to again demand that police officers, like the ones who killed my brother, be held accountable for their actions. A little-known federal, legal doctrine called qualified immunity has kept thousands of Americans who have had their rights violated from having their day in court.

While the specifics of this story are about Muhammad, this injustice could happen to anyone if we don’t end qualified immunity by passing the George Floyd Justice in Policing Act.

A bathroom break ends in arrest

My brother suffered from schizophrenia, and on the day of his death, he was temporarily living in a park near Maryvale Community Center in Phoenix. That morning, Muhammad went into the center to use the restroom with his service dog – a chihuahua he had named Chiquita. Because of Chiquita, the manager of the community center refused to let Muhammad use the bathroom, even though he had every legal right to do so.

The Editorial Board: Fix qualified immunity travesty that lets police off the hook after violating civil rights

Then, community center employees called 911, falsely accusing Muhammad of shoving the manager. Bodycam footage from the four Phoenix police officers who responded show that Muhammad was at all times respectful and courteous.

Eventually, my brother was allowed to use the restroom, but while inside, the officers ran his name through their database and found that he had a no-show warrant from a misdemeanor offense – possession of a marijuana pipe.

As Muhammad walked out of the community center, the officers told him he was under arrest and ordered him to drop Chiquita. He never became combative or demonstrated any type of aggression. Instead, he simply begged for someone to take care of his dog.

The officers ignored his pleas and ripped Chiquita from my brother’s arms. They handcuffed Muhammad and dragged him to their police cruiser. Once there, they slammed him against the hood of their car and ripped his still-handcuffed arms over his head.

Muhammad let out a blood-curdling scream – one that haunts me to this day. The officers then threw him to the ground. And even though he was already handcuffed and subdued, as many as six police officers got on top of him. Two of the officers pressed their knees into Muhammad’s back and neck, pushing down with the full weight of their bodies.

My brother spent his last eight minutes and 30 seconds begging for his life. At least five times, he told the officers he could not breathe. He pleaded, “Pease help me” and “please stop.” In fact, Muhammad used the word “please” no fewer than 10 times in the bodycam video that I still cannot bear to watch.

He asphyxiated and went into cardiac arrest. In the video, Chiquita can be seen anxiously circling my brother. Muhammad was pronounced dead at the local hospital.

Qualified immunity begins with the assumption that officers are ignorant of the law and cannot be held accountable unless the person suing can find a case with an identical set of facts in which the cops were found to be accountable. Without that exact precedent, there can be no trial. The case must be dismissed – even if the officers clearly violated the victim’s civil rights, as they did in my brother’s case.

This is what makes qualified immunity an echo chamber of injustice.

The Phoenix police officers responsible for Muhammad’s death have asked the court to dismiss the case against them because (they claim) there was no legal precedent that would have specifically put them on notice that what they did to Muhammad is illegal and violated his constitutional rights. This is the protection bad cops have because of qualified immunity.

Muhammad’s case isn’t unique. In fact, qualified immunity is the single biggest hurdle to holding the police accountable in the United States. Right now, after passage in the House, the Senate is negotiating the Justice in Policing Act, which would limit law enforcement’s ability to call on qualified immunity in cases of unlawful civil action, allowing people like myself to receive justice for the unconstitutional behavior of bad cops.

Kimberly Beck: My son was killed by a park ranger. Qualified immunity means I may never see justice.

Opposition to this legislation has been fierce and based on the false notion that without qualified immunity, police officers cannot do their job. The truth, however, is that even with the removal of qualified immunity, officers would have the same rights as any American in a civil suit. Meaning cops like the ones who brutally killed Muhammad would be weeded out based on free market principles: They’d become too expensive to employ.

But above all, qualified immunity should be abolished because in America, we believe that no one is above the law. That should especially be true for those whose job it is to enforce it.

Mussallina Muhaymin is a HIT Training Manager in a Community Health Center and has devoted herself to the pursuit of justice for her brother, Muhammad Muhaymin. By working with the Campaign to End Qualified Immunity, she advocates for ending the doctrine so that all people receive equal treatment under law.

To learn more about qualified immunity and how you can help, check out Unaccountable wherever you get your podcasts.

This column is part of a series by the USA TODAY Opinion team examining the issue of qualified immunity. The project is made possible in part by a grant from Stand Together. The opinions offered are those of the USA TODAY Editorial Board. Stand Together does not provide editorial input.

You can read diverse opinions from our Board of Contributors and other writers on the Opinion front page, on Twitter @usatodayopinion and in our daily Opinion newsletter. To respond to a column, submit a comment to letters@usatoday.com.