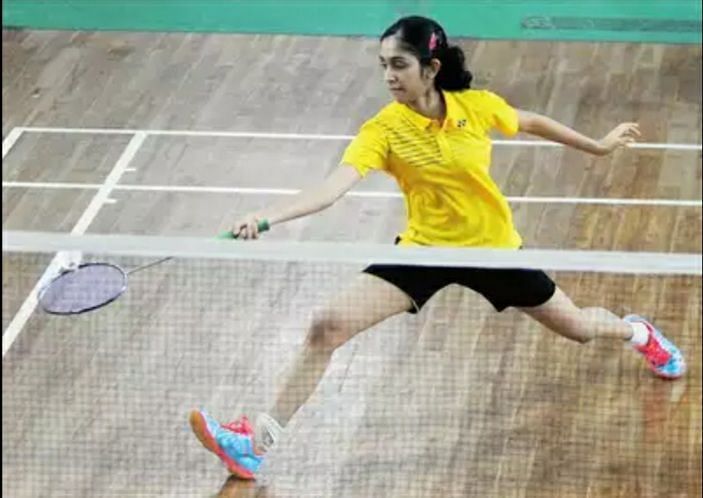 Seventeen-year-old Kriti qualified for the main draw in Esbjerg in her first tournament in the senior category. Since it was the first senior tourney for Kriti, the promising shuttler from Bengaluru had no world ranking against her name.

Debutant Kriti did not show any fear in her first major tournament and displayed an excellent game to get through the qualifying rounds.

Kriti shocked fourth seed Ann-Kathrin Spori of Germany 21-15, 15-21, 21-12 in the third and final qualifying round. In a battle that lasted for 50 minutes, Kriti surprised her higher-ranked opponent Spori, who is world No. 177.

Kriti then made light work of Cathrine Rosengren of Denmark with a quick-fire 21-8, 21-15 win in the second qualifying round.

However, she ran into the top seed and World No. 27 Line Christophersen of Denmark in the first round of the main draw. Although Christopherson won 21-13, 21-14 in 27 minutes, Kriti put up an inspired performance against the seasoned campaigner.

“I was happy to get an entry and make a beginning in the senior circuit. I just wanted to give my best and learn from playing with some of the regulars at the highest level,” said Kriti.

A Standard XII student of Mahaveer Jain College, Bengaluru, Kriti got 920 points from her wonderful effort at Esbjerg, which helped her get a world ranking of 656 now.

“I went with an open mind. I always try to enter the court with the mindset of winning. I was happy to win three rounds and get to play with Line Christopherson, who was the top seed and 27th in the world rankings. This was like an eye opener. Here we sometimes get caught up with the same bunch of girls, now I can see that the canvas is much wider,” added Kriti.

Born into a sporting family with both her parents being national-level table tennis players, Kriti grew up in a sporting environment. Kriti’s father Vasanth Bharadwaj is a former national TT champion and mother Anuradha is an ex-Delhi state champion.

Denmark Masters was an exciting experience and I learned a lot: Kriti

Kriti, a trainee at Prakash Padukone Badminton Academy (PPBA), termed her Denmark tournament a “fantastic experience” and said she learned many new things.

“After my matches were over, I watched most of the other women’s singles matches and learnt a lot. It was an exciting experience overall. It also broadened my perspective and has given me an idea on what to work on and how to improve my game and get to the next level,” said Kriti.

Kriti had represented India at the Asian Sub-Junior Badminton Championships, which were held in 2017 in Myanmar. She is also the junior Karnataka champion and won the state women’s singles crown in 2019.

After a bright start to her senior international campaign, she wants to carry on with that confidence and aims to make rapid strides in the international circuit. She has set her eyes on the next Olympics in Paris and is determined to achieve her goal by putting in a lot of hard work.

“My dream is to win a medal at the Paris 2024 Olympics. I have set yearly goals to improve my world ranking which will help me realize my dreams. I would like to give credit to my parents who have always supported me with everything that I need. The coaches and trainers at PPBA have also helped me improve a lot in the last five months,” said Kriti.

She said all her coaches have taken a personal interest and worked on her game. Kriti was under U Vinod Kumar for many years before joining PPBA in April this year.