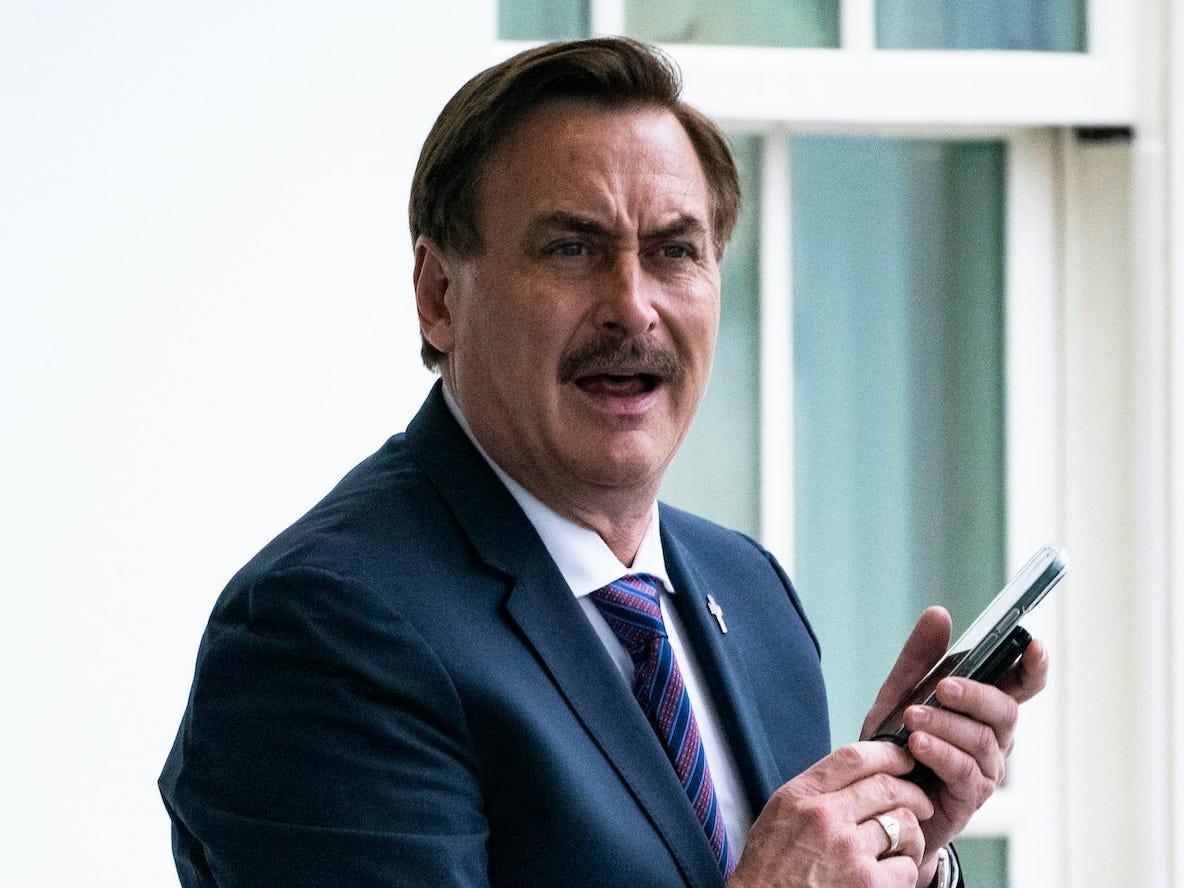 MyPillow CEO Mike Lindell claimed on the last day of his three-day cyber symposium in South Dakota that “Antifa things” were attempting to infiltrate the event, but there were only people singing hymns in the parking lot.

Lindell alluded to a potential attack by “Antifa” on the symposium venue in a video seen by Insider. He is currently hosting a marathon 72-hour conference in South Dakota that concludes on August 12 in an attempt to prove his election conspiracy theories.

“They’d stick some poison pill in so that everybody’s stuff would have been ruined so they can take your computers or whatever it is. I don’t even understand that,” Lindell said. “Antifa things are people that have infiltrated, they’re telling me this morning, but I said … we’re gonna keep going.”

One of the conference’s attendees, retired army colonel Phil Waldron also took to the stage and warned of a “credible threat” at the symposium.

“We detected disruptors inside, trying to get people ejected, and really radical folks outside trying to penetrate,” Waldron said. “We’ve got folks exchanging badges, specifically press badges, in the parking lot. We’ve identified those agitators and provocateurs by photo imagery.”

“They’re obviously trying to subdue the message that Mike’s trying to get out. So this is a typical insurrection-type activity. This is part of the color revolution,” Waldron added.

However, Salon reporter Zachary Petrizzo posted a video he filmed in the parking lot outside the South Dakota event hall on the morning of August 12. The video showed neither a crowd nor Antifa protesters, and just three people dancing and singing hymns.

Lindell also claimed on Thursday morning that he was attacked outside his hotel on August 11.

“I’m OK. It hurts a little bit. I just want everyone to know all the evil that’s out there,” Lindell said.

The AP spoke to Sioux Falls Police Department spokesman Sam Clemens, who told the news outlet that his officers had taken a report about an assault at a hotel near the symposium. Clemens confirmed that this assault took place at 11.30 p.m. on Wednesday, but did not identify Lindell as a person who was involved in the incident.

Lindell did not immediately respond to a request for comment from Insider.

This is the latest in the series of happenings that have taken place during the MyPillow CEO’s 72-hour cyber symposium. Lindell was seen rushing off the stage at the event Wednesday at the same time news broke that the $1.3 billion defamation suit filed against him by Dominion Voting Systems would go ahead.

Lindell attempted to have the defamation lawsuit dismissed during a hearing this June. However, on Wednesday, a federal judge ruled that three lawsuits – against Lindell and pro-Trump lawyers Sidney Powell and Rudy Giuliani – will proceed.

In July, Lindell offered $5 million to anyone who attended the symposium who could disprove his conspiracy theory that China stole last year’s election for President Joe Biden. He later rescinded the offer of the money.