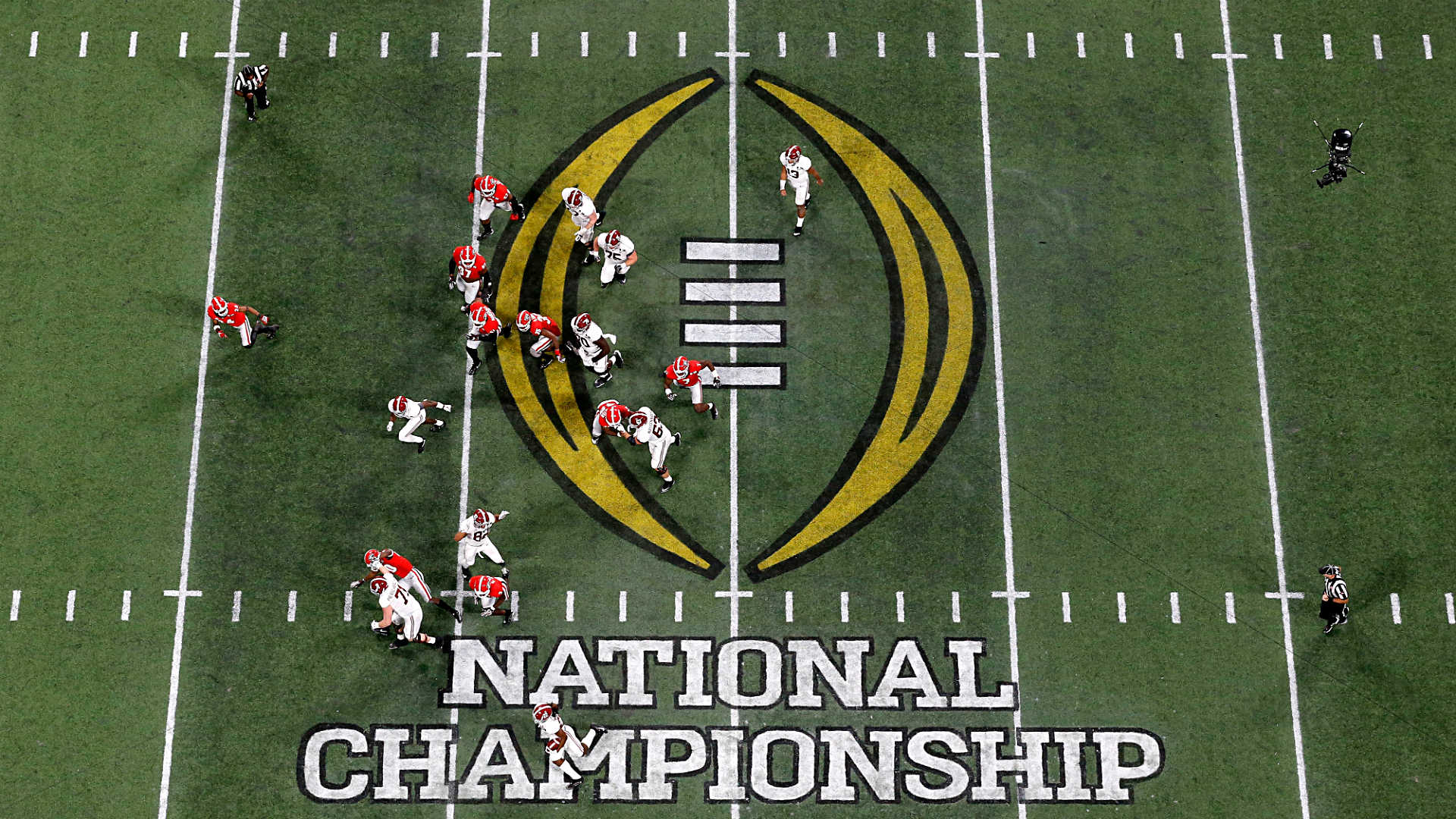 How much will the landscape of college sports change on July 1?

Six states have Name, Image and Likeness (NIL) legislation signed into law effective on that date, and several other states have bills on the floor. The NCAA and federal government have yet to counter, and college sports fans are wondering just how much the student-athlete experience will change.

Another one of the myriad questions: Who will help the student-athletes and those university compliance departments?

INFLCR will be one of the companies that becomes integral as the NIL era takes hold. Jim Cavale founded the company in 2017 as a means of building student-athelete’s social media value. Cavale makes it clear that INFLCR is not a marketplace where student-athletes can make money. The company works with college institutions to educate student-athletes on how to build their NIL brand and points to where those opportunities will be available.

Cavale sees the NIL landscape as a gradual process.

“Anyone can make money with their NIL once this goes live, but not everyone will,” Cavale told Stock Market Pioneer. “Whether it’s a $10 gift card at a pizza place that you couldn’t get then that you can now — or it’s a $100,000 deal with a regional car dealership — all those things are going to be opportunistic all of a sudden, but it’s going to take initiative from the student-athlete. That’s going to take some time because people are sensitive about navigating all these rules.”

At least in the fledgling days of NIL, companies like INFLCR could help eliminate some of the “gray areas.”

How will NIL work on July 1?

Alabama, Florida, Georgia, Mississippi, New Mexico and Texas have signed NIL legislation into law effective July 1, 2021. A total of 33 of the 130 FBS football programs — or 25.4 percent — are in those six states. Illinois, Iowa, Ohio, Nebraska and Oregon have bills that are in various stages that would be effective on the same date.

That will allow student-athletes to benefit from their likeness. The NCAA and federal government have yet to pass any uniform NIL laws or legislation in response. A federal law is not expected to be passed by July 1.

On Monday, the United States Supreme Court ruled against the NCAA in a 9-0 decision, which opens the door for student-athletes to receive compensation. This decision by the Supreme Court in National Collegiate Athletic Association vs. Alston is yet another layer in NIL.

Cavale said the most common question from athletic directors is easy.

“Compliance is the biggest concern out there,” Cavale said. “If you look at the state bills, they don’t require a student-athlete to report anything to the NCAA. All of the reporting is required to the institution. There are a lot of concerns with that. They don’t believe the athletes will self-report their transactions.”

What are those compliance concerns?

Tom Mitchell, an associate director of compliance at Purdue, told Stock Market Pioneer the focus remains on educating student-athletes about NIL on a short time-table.

Indiana does not have a state law in effect on July 1. How much concern does that create?

“Zero panic,” Mitchell said. “I know some other colleges are. For us, we put together our task force over 14 months ago. We’ve been looking and diagnosing wherever the lines are drawn, in a way it doesn’t matter because we need to make sure all the things we are currently doing in terms of education and process are there. Then we’re going to augment it. Once the lines are drawn, we’ll adapt.”

Mitchell said the concern is making sure student-athletes do not overstep some of those “gray areas” in terms of being taking advantage of in bad endorsement deals that don’t meet what are expected to be fluid NIL guidelines.

“What if they sign a contract and they didn’t look close enough at the fine print?” Mitchell said. “We can’t help with that, so it’s about making sure they didn’t get locked into a bad deal. You want to talk about things that worry me, I worry about protecting our student-athletes in that sense. I feel good about what we’re doing from an educational standpoint.”

Mitchell also said he expects the landscape to change dramatically from July 1 to the next few years. He also said logging those transactions will not be one of the biggest challenges.

“If they’e not going to have disclosure requirements, and that’s left up to the schools, what do we do?” Mitchell said. “What do we want to do? I know what our approach would be as an institution. We would like you to disclose so we can help with education and programming and spot-check to see if there are conflicts. If that’s left up to everybody, who knows what the schools will do? Everybody will be all over the place. That’s not a bad thing. It just makes it harder.”

How INFLCR and other companies fit in

Cavale played baseball at Ithaca College in Division II, but he knew his future was in business. He recalled a conversation with former New York Giants running back Tiki Barber, who retired at 31 years old but told Cavale he felt a decade behind his classmates at Virginia when it came to life after sports.

“My passion was all the athletes I have met who were stars in college, and now they are trying to figure out their lives — for some it had been five years, 10 years. How can we help them do that?” Cavale said. “Building their brand on social media is a clear way to get started. There are so many ways to expound on that, and that’s what NIL is bringing into the picture.”

Will this work? On June 8, INFLCR struck a deal with digital endorsement marketplace OpenSponsorship to create a direct path for its college athlete users to connect with brands and potential marketing partners. These companies will be integral in keeping NIL in compliance.

“It’s about getting student-athletes to start to think beyond the game while they are still playing it, while people still want to do monetization deals with them,” Cavale said. “It’s following them on social media or connecting with them online about an internship opportunity. Those things are more opportunistic while you are still playing then after you’re done.

“Educating students and giving them a means to realize these financial opportunities was something that we were excited to add to our platform when NIL became a reality,” he said.

At least at the outset, a chunk that will come from social media branding and local endorsement deals. That is where the NIL education will need to continue.

“If we think we know and we come up with a lot of education on Instagram and Twitter, but we find our student-athletes in a year are doing more with Facebook and TikTok, well then we should adapt our education,” Mitchell said. “We’re excited to see where the trends go. No one has ever really done that.”

What will happen on July 1?

The notion that college football becomes the Wild West overnight come to fruition? Cavale said that’s unlikely, especially knowing that legislation could change if the NCAA and federal government get involved

“There really is a fixed number of dollars out there in the market whether it’s consumers that want to pay for a personalized video on Cameo or lessons for their son to learn how to hit a baseball or whether its advertisers wanting to spend money for an athlete to promote their brand,” he said. “Now, there are going to be more choices for student-athletes.”

“I feel like we’re going to be in a two-year window of ‘What’s it going to look like?” Mitchell added. “Things will pop up. We’ll adapt. I expect it to be completely different from July 2 to four years later because they’ll be a rush of people then companies and businesses might back off.”

So expect a slow movement toward NIL benefits for student-athletes.

“I don’t think overnight you’re going to see all this action,” Cavale said. “The reality is just like it’s hard to get on the field and get playing time — and then when you get on the field and make big plays and be an extraordinary player in college sports — that’s hard. You have to make the most of your potential.”

Cavale said NIL in its purest form allows student-athletes to think like students, who are able to get jobs to help pay with tuition. It’s another student-friendly shift in college athletics, but those changes will take time.

“Is this going to change college sports forever?” Cavale asks. “Yes, but it is still going to be like anything that’s great. It’s a challenge that will require work and dedication from athletes to win with this. Will that happen? Yes, but because of that it’s going to start slow.”