Nate Diaz has called out welterweight contender Gilbert Burns after Burns suggested Leon Edwards wasn’t “hungry enough” for a title shot in his win over Diaz.

In their enthralling UFC 263 showdown, Leon Edwards and Nate Diaz went to war, with Edwards largely getting the better of the two men. Alas, you can never count a Diaz brother out, and Nate proved why with an insane flurry in the final minute to put him on the edge of a sensational late stoppage.

When Edwards called for a shot at Kamaru Usman’s UFC welterweight title following his unanimous decision win, it seemed to rub a lot of people the wrong way – including Gilbert Burns.

Burns noted that Edwards wasn’t hungry enough to go after the finish against Diaz. In response, the Stockton warrior decided to play a few mind games of his own against the Brazilian.

“He would’ve got knocked out like when u faught hooker and usman you got ur hungry Ass slept. Amateur”

Nate Diaz has never been one to bite his tongue and he isn’t about to start now, although it feels as if Burns is going to have a few other things on his mind at this moment in time.

Most notably, Gilbert has a huge co-main event to prepare for at UFC 264 next month, as he gears up to take on Stephen ‘Wonderboy’ Thompson. If he can come away with a win in that bout, it’ll take him one step closer to another shot at Usman. 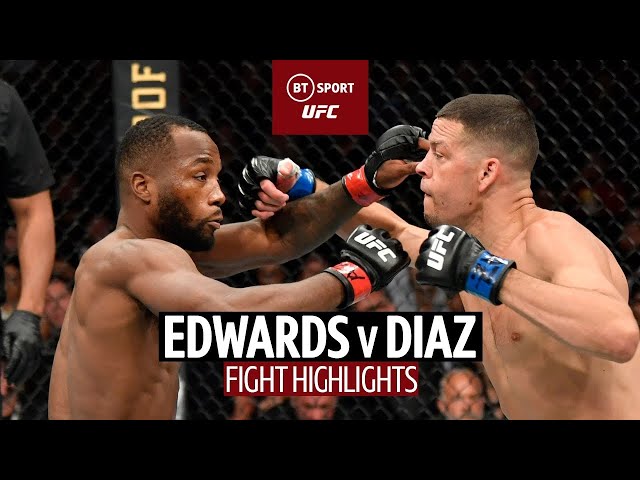 Burns isn’t the kind of guy to hide away from his failures of years gone by and, in many ways, the same is true for Nate Diaz. The two men have experienced setbacks since the day they first stepped foot inside an MMA gym. The same will be true until they decide to finally hang it up.

It seems unlikely that the pair will ever cross paths in a fight but if they do, you can bet their different styles would make for one hell of a match-up.

With Burns preparing for Thompson, the next big objective for the UFC at welterweight could be to find another opponent for Nate Diaz – unless, of course, he opts to head down to lightweight.