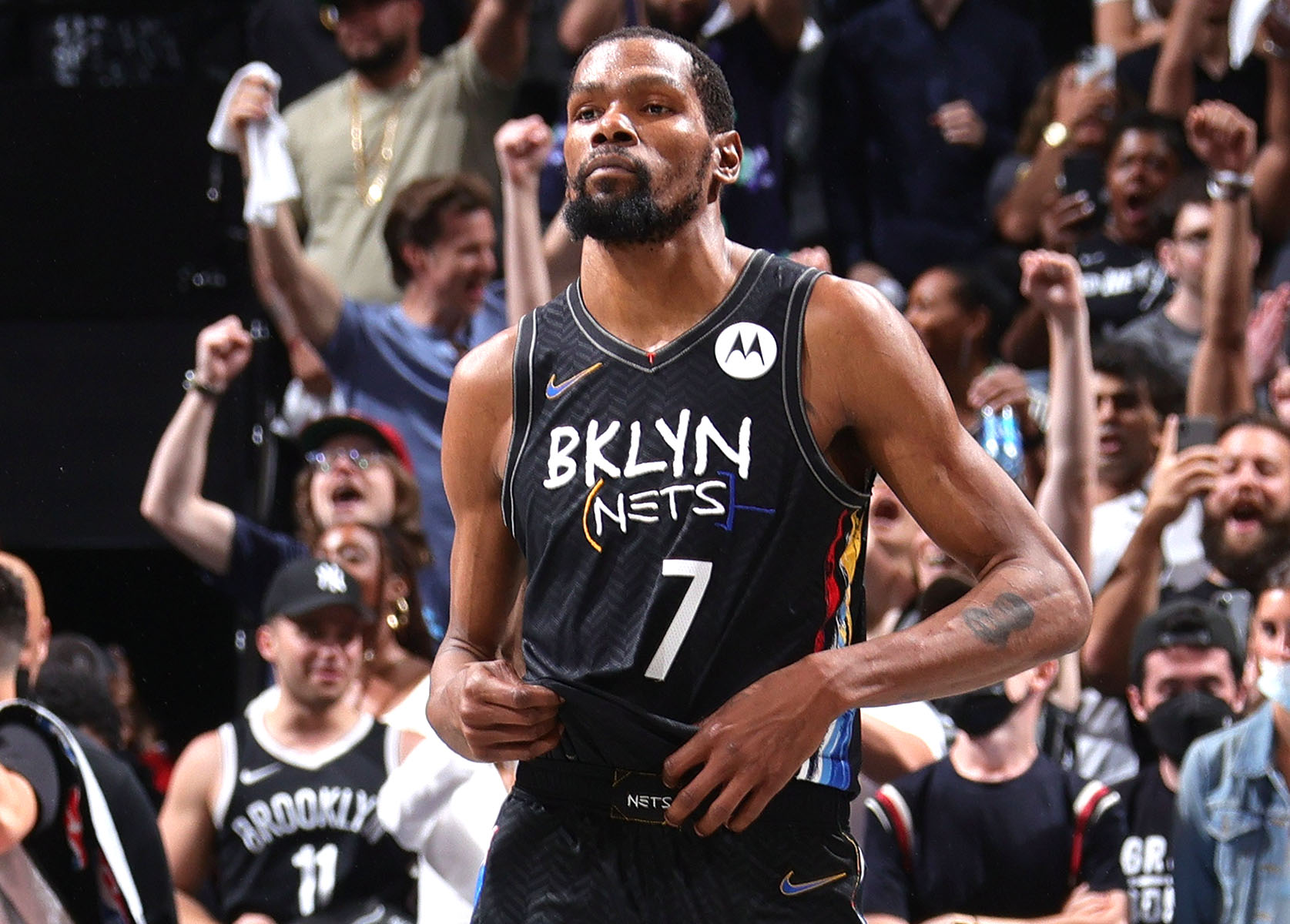 The Nets persevered through all of the star-powered injuries they were forced to deal with this season, pushing for the highest attainable seed in case their playoff lives came down to a decisive game on their home floor.

They are unbeaten at Barclays Center during the 2021 postseason, and Atlantic Avenue should be percolating Saturday night with the chance the Nets can advance to the Eastern Conference finals for the first time since 2003 in Game 7 of the conference semifinals against Giannis Antetokounmpo and the Bucks.

“I thought we were pretty good on the road this year, for the most part. But playoffs are a different animal, [with] the fans and all that. We certainly are confident,” coach Steve Nash said Friday via Zoom, one day after the Bucks evened the series with a 104-89 win in Milwaukee. “This is exciting for our guys, they get a chance to play a Game 7 at home. It’s why we scrapped it together all year under adversity, to try to get that highest seed as possible.

“That’s the reward, we get to be at home [Saturday] night. It’s an incredibly exciting day for all of us and a great opportunity.”

The Nets, who will be without All-Star guard Kyrie Irving (sprained ankle) for a third straight game, are 34-8 in Brooklyn overall this season, including a perfect 6-0 against Boston and Milwaukee during the first two rounds of the playoffs.

That run features Kevin Durant’s 49-point triple-double while playing all 48 minutes in Game 5 on Tuesday. James Harden logged 46 minutes in that game after missing all but one minute of the first four games of the series with a balky hamstring.

“That’s exactly correct, with everything we’ve been through we have the second seed for this particular reason and we’ve just got to go out there and hoop at home,” Harden said after scoring 16 points with seven assists in 40 minutes in Game 6. “One game.”

The Nets last participated in a Game 7 in the opening round of the 2014 playoffs, emerging victorious in Toronto before losing to the Heat in the second round. The Bucks were knocked out by the Celtics in seven in the first round in 2018.

“Both teams are going to do everything they can to find a way to win and continue. It’s hard. That’s what makes it sweet,” Milwaukee coach Mike Budenholzer said. “It’s hard for both teams, but being on the road, we just have to be more together. … It’s gonna take everybody.”

Milwaukee’s top trio — Antetokounmpo, Khris Middleton and Jrue Holiday — combined for 89 points Thursday night, and Nash said the Nets likely will adjust their defensive assignments against Middleton, who netted a game-high 38 in Game 6.

Nash also has shortened his rotation the past two games, leaning mostly on veterans such as Jeff Green, who moved into the starting lineup after scoring 27 off the bench in Game 5.

“It’s important to have experience [in a Game 7],” Nash said. “It obviously hurts the lack of common experiences, the lack of corporate knowledge. So much changed this year. Different lineups, different players on our roster, different rotations, lack of health.

“We just look at this as a great opportunity. We’re still here. We’re still alive given everything that’s happened to us. We feel more a sense that we’ve done an incredible job to get here and to give ourselves a chance at home to win a Game 7.”