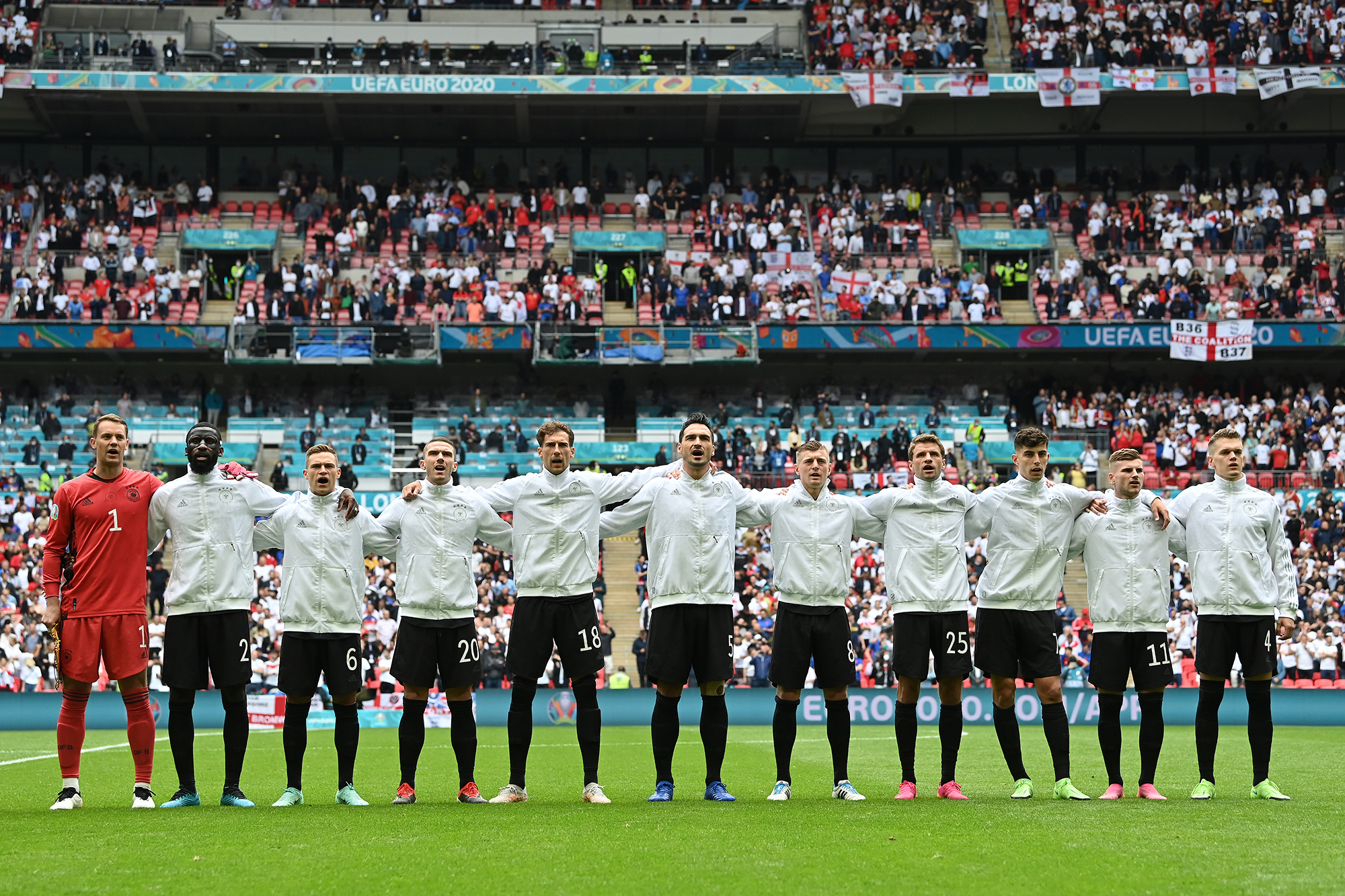 What a Blitzkrieg flop.

A Dutch telecast of the European Championship soccer match got off to a risque start after broadcasters accidentally captioned the German national anthem with lyrics associated with Nazi Germany.

“The wrong verse was accidentally shown. This is a mistake by one of our subtitlers,” the Netherland’s main channel NPO tweeted of the slip, which occurred Tuesday as England faced off against Germany at Wembley Stadium in London, the Telegraph reported.

NPO’s subtitle service had reportedly displayed text from the first verse of the “Song of the Germans,” which had been outlawed by the Allies in 1945 due to its association with the Third Reich.

The problematic stanza — which included the words, “Germany, above all / above everything in the world” — had infamously been adopted as a hymn by Hitler in 1933 because he felt it embodied his goal of world domination.

That wasn’t the ballad’s only controversial part. A second verse praising German wine and women was similarly scrubbed after World War II due to its alleged sexist connotations.

Meanwhile, the third stanza — which espouses “unity and freedom and justice” — became Germany’s official anthem when the nation reunified.

The Dutch broadcasters expressed remorse over the gaffe, writing “We apologize to viewers who were disturbed by this.”

This isn’t the first time a Gestapo song has flown under the radar. This past July, a Nazi-themed jingle went viral on TikTok, racking up more than 6.5 million views across multiple videos before getting pulled.