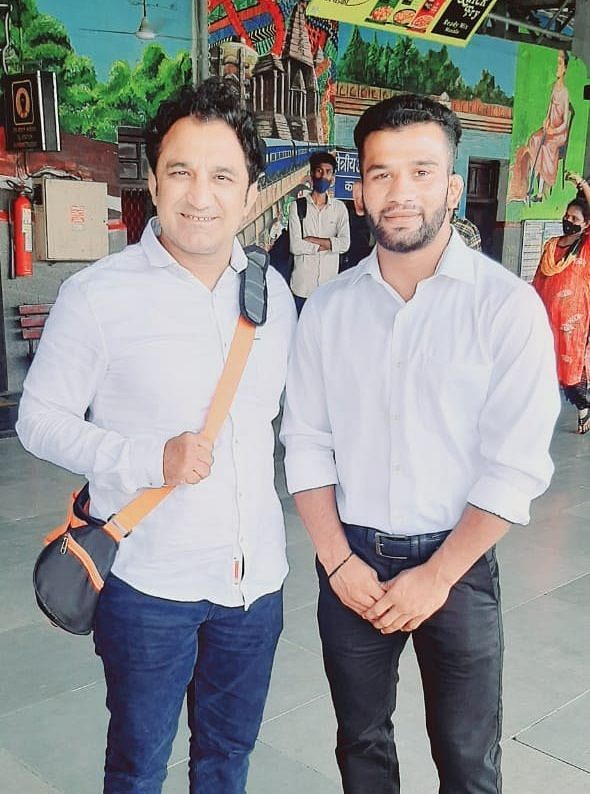 Sunny Jadhav, a national championships silver medalist in Greco-Roman wrestling, will finally see his financial woes come to an end, having landed a job with Western Railway through the sports quota.

“I joined Western Railway as ticket collector (TT) on Wednesday. I will be posted in Indore. The government job will be a big financial support to me and my family. I can focus more on my training now,” the 25 year old wrestler said from Indore, Madhya Pradesh.

The wrestler, who grew up in Indore’s slum area, had to do odd jobs, including washing cars, before training to make ends meet. The 2020 Khelo India University Games silver medalist said a regular government job will enable him to work extra hard to excel at the national as well as international level.

“I was doing odd jobs and training at the same time. It was difficult but I managed,” Sunny said.

Despite hardships, Sunny went on to win silver in the 60kg category at the national championships held in Jalandhar earlier this year. Regarding his future plans, Sunny said:

“I will work hard to win a gold medal at the next national championships. A good performance in the national meet will also enable me to get international exposure.”

To prepare for the Jalandhar event, he had to borrow money from friends and coaches. Seeing his plight, the sports ministry sanctioned the wrestler Rs 2.5 lakh in February 2021 to prepare for the national competition.

“The financial grant from the sports ministry helped me pay back money I had borrowed.”

Kripa Shankar Patel, a former international wrestler and Arjuna Awardee, has been instrumental in guiding Sunny.

Kripa, who is also coach of the Railway team, said Jadhav has been selected under a talent quota scheme that aims to support budding athletes to excel at the national and international level.

“The government job will end Sunny’s financial problems. We hope he will perform better at the national level,” Kripa said.

Sunny’s coach Sarwar Mansoori said it was a big day in the life of the young wrestler.

“We all hope Sunny will stay focused and end his gold medal drought at the national competition,” said Sarwar.