Animal Crossing: New Horizons update 1.11.0 arrived earlier today, and players have been gushing over it ever since. A few days ago, Nintendo announced that an update would add new content for the month of August to bring back the Fireworks Event and other related seasonal items. They finally announced the new events and new seasonal items a few hours back.

This update is pretty small compared to what the Animal Crossing players have been waiting for. Be that as it may, it gets the motor running and keeps the hopes of new updates alive, as Nintendo works on new content.

The following is a list of updates that are arriving with update 1.11.0.

The Fireworks Event is one of the most exciting affairs in the franchise. The event will take place every Sunday in August, and players will spot Redd selling popsicles, cotton candy, and bubble tea at his stall.

Interestingly, the event will be tweaked a little this year to include more seasonal items, including depictions of Tom Nook and Isabelle.

Players will be able to design their own fireworks during the event, and raffle tickets can be purchased from Redd.

From August 10th through August 16th, Animal Crossing players will be able to get their hands on Eggplant Cow and Cucumber Horse to participate in the Oban festival, which is celebrated in Japan.

From September 12th to September 21st, players will be able to grab moon-viewing food items, including Dango and Moon Cakes, which can be purchased from Nook’s Shopping menu. 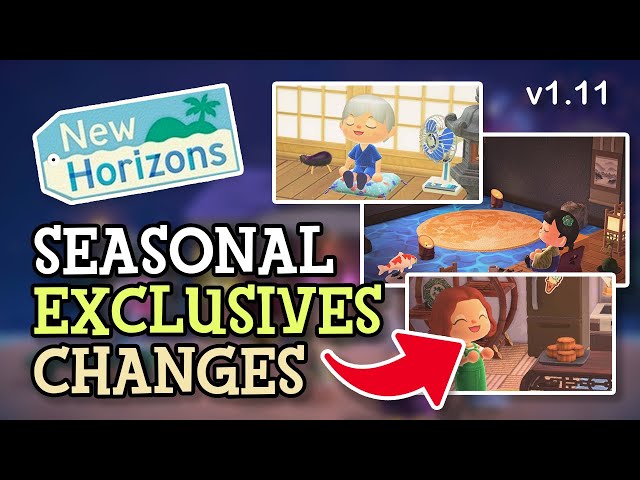 To enjoy the new update, players will need to update their game to the latest version.

As soon as Nintendo announced the Fireworks Event, they also revealed that more updates are in development.

For the last few months, Animal Crossing patrons have been asking for a major update that will bring new content to the title.

However, Nintendo’s lack of reciprocation has vexed even the most ardent followers of Animal Crossing.

In addition to these updates, more free content for #AnimalCrossing: New Horizons is currently in development for later this year. More information will be shared in the future, so please stay tuned. Thank you for your support and patience.

During one of their recent announcements, Nintendo revealed that more updates are in the oven and will roll out sometime this year.

Again, like other posts, this one, too, falls short of explaining what players can expect from subsequent updates. Considering 2021 is halfway over, Nintendo should shed more light on the updates sooner rather than later.