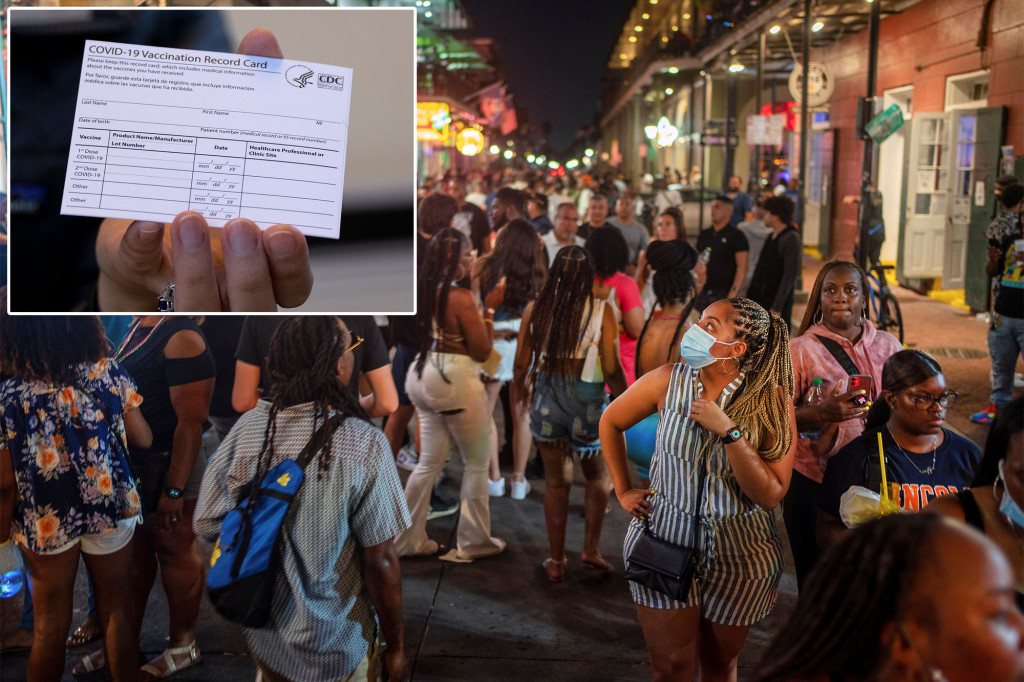 Mayor LaToya Cantrell announced at a news conference that people who want to enter Big Easy bars, restaurants, music halls or other facilities — including the Superdome — must provide either proof of vaccination or a recent negative COVID-19 test.

“Look for your vaccination card and be prepared to show it,” said Cantrell, who added that the policy would begin Monday, with a one-week grace period before the city starts aggressive enforcement Aug. 23.

The mayor added that she was not contemplating implementing capacity limits or shutdowns, telling reporters that “unlike this time last year, we have a tool that we did not have” in reference to the vaccines.

Cantrell implemented a mask mandate for New Orleans July 30. Many restaurants, bars and coffee shops have already put in place their own requirement that patrons either show proof of vaccination or a negative coronavirus test taken within 72 hours. The city has also required workers and contractors to get vaccinated.

According to data from the Mayo Clinic, Louisiana and Idaho currently have the joint fourth-lowest percentage of fully vaccinated residents in the US (37.8 percent). Only Wyoming (37.2 percent), Mississippi (35.4 percent) and Alabama (35 percent) have lower rates.

However, the Crescent City’s population has taken up the vaccine at slightly higher rates than the US as a whole, with about 60 percent getting at least one dose and 53 percent considered fully vaccinated. Cantrell said Thursday that most of the people hospitalized in New Orleans with COVID-19 are from outside the city.

Cantrell announced her mandate on the same day San Francisco Mayor London Breed announced her city would demand proof of full vaccination for customers and staff at indoor restaurants, bars, gyms and entertainment venues — including concerts and sporting events — who are eligible to get the jab.