Nikki A.S.H. has been signed to WWE for over five years at this point and has shown great improvement over the years. Even during her time off from WWE T.V., Nikki was training and thinking of ideas for when she would get back on the screen.

In a recent interview with Joseph Staszewski of New York Post, Nikki A.S.H. revealed that she had been training in the new Dungeon with one half of the Women’s Tag Team Champions Natalya and her husband TJ Wilson (f.k.a Tyson Kidd).

While Natalya is still an active wrestler and an integral part of WWE’s women’s division, TJ Wilson has retired from in-ring competition but has a major role backstage in WWE as a producer.

The two have been of great help to multiple members of the roster, as many wrestlers often sing their praises, much like Nikki A.S.H., who had the following to say when asked about her recent training sessions:

“Nattie and TJ (Wilson), they’ve been wonderful enough to invite [us],” said A.S.H. “We’ve been going there weekly and they just have so much to offer this industry. TJ has such a fantastic mind and Natalya is so inspirational and she has so much knowledge as well, so the two of them together are the ultimate power couple. They care so much about this industry, so to be able to pick their brains was awesome.

And then my husband Damian Mackle (Killian Dain), we’ve done a lot of training. He still is one of my main coaches. We work on things all the time. Also Drew Gulak, before television on Monday afternoon there would be the practice ring set up in the arena and he would always work on stuff with me there. So I feel like I’ve surrounded myself with great people with great knowledge.”

Following the debut of her new character, Nikki A.S.H. qualified for the WWE Women’s Money in the Bank ladder match and looks forward to walking out as the briefcase holder.

Nikki A.S.H. recently named WWE veterans she would want to work with 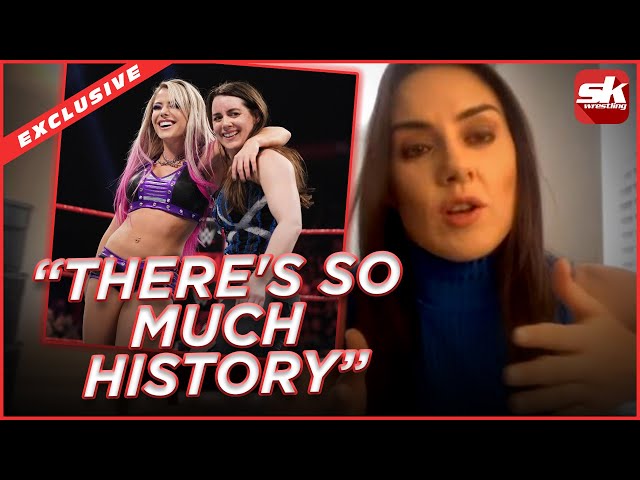 In a recent interview with Rick Ucchino of Sportskeeda Wrestling, Nikki A.S.H. revealed that she wanted to work with former WWE Tag Team The Hurricane (Gregory Helms) and WWE Hall of Famer Molly Holly:

In addition to asking Nikki about a possible long term story with Alexa, we talked about pitching the Nikki A.S.H character to #WWE Creative as well as all the lovely fan art she’s been receiving.

Nikki touched upon a number of topics in her interview with Sportskeeda Wrestling. Check out her conversation with Rick Ucchino here.