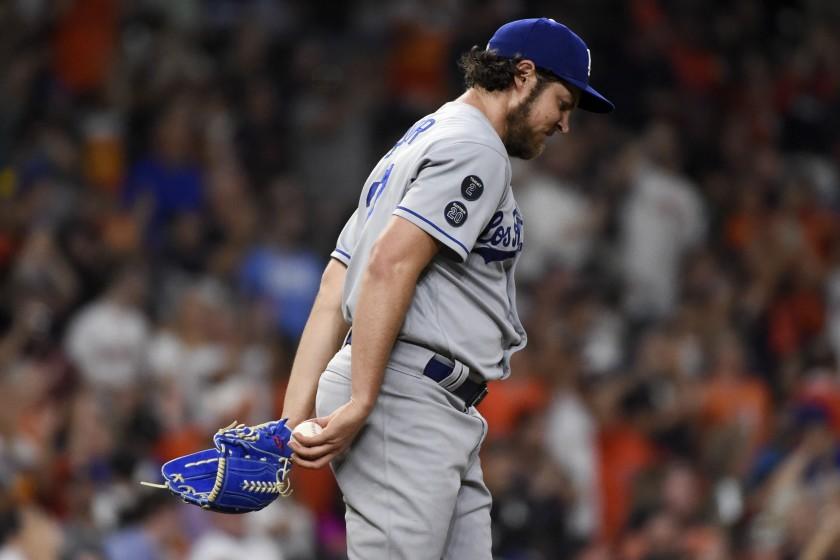 Trevor Bauer and his attorneys would like to make one thing perfectly clear: The Dodgers pitcher does not plan to discuss a financial settlement with the woman who has accused him of sexual assault.

“No settlements or cash offers have or ever will be made,” Bauer attorneys Shawn Holley and Jon Fetterolf wrote in a court filing Tuesday.

A Los Angeles Superior Court hearing is set to start Monday over whether a temporary restraining order against Bauer should remain in effect. In the court filing, Bauer’s attorneys argued the order should be lifted and said the woman had provided no legitimate reason to be granted protection from him.

Rather, his attorneys wrote, the woman pursued the matter “to generate publicity, try to end [Bauer’s] baseball career, and gain a monetary settlement.”

Pasadena police have said Bauer is under investigation for felony assault. He has not been arrested or charged with a crime. Legal analysts have noted that, under a potential settlement, the woman could agree not to testify against Bauer in any criminal proceeding.

The league first put Bauer on leave July 2, three days after the temporary restraining order was granted. The leave has been extended four times, most recently through Friday, and is likely to be extended again.

The hearing, the first chance for Bauer to make his legal case, was originally set for July 23 and has twice been postponed.

In her request for the temporary restraining order, the woman said she was choked and lost consciousness during two sexual encounters with Bauer and was hit in the face on the second occasion.

In Tuesday’s court filing, Bauer’s attorneys wrote that the accuser did not request the temporary restraining order until about six weeks after the last sexual encounter and about a month after her last text message with Bauer, indicating the accuser “did not see an imminent concern about hearing from or seeing [him].” during that time and undermines the credibility of her allegations.”

The filing included a text message from the accuser on the night before she obtained the temporary restraining order, saying “This is his last MLB start,” and another text in which she said her attorneys thought Bauer might “try to settle with me[,] offer me major cash then make me sign [a non-disclosure agreement].”

The filing also included a text from the woman to a cousin the day after the second encounter: “It was consensual but like didn[’]t expect two black eyesl? Like he def took it too far don’t you think lol.”

In her request for the temporary restraining order, the woman wrote: “I agreed to have consensual sex, however, I did not agree or consent to what he did next. I did not agree to be sexually assaulted.”

A representative for the woman did not immediately return a message seeking comment.