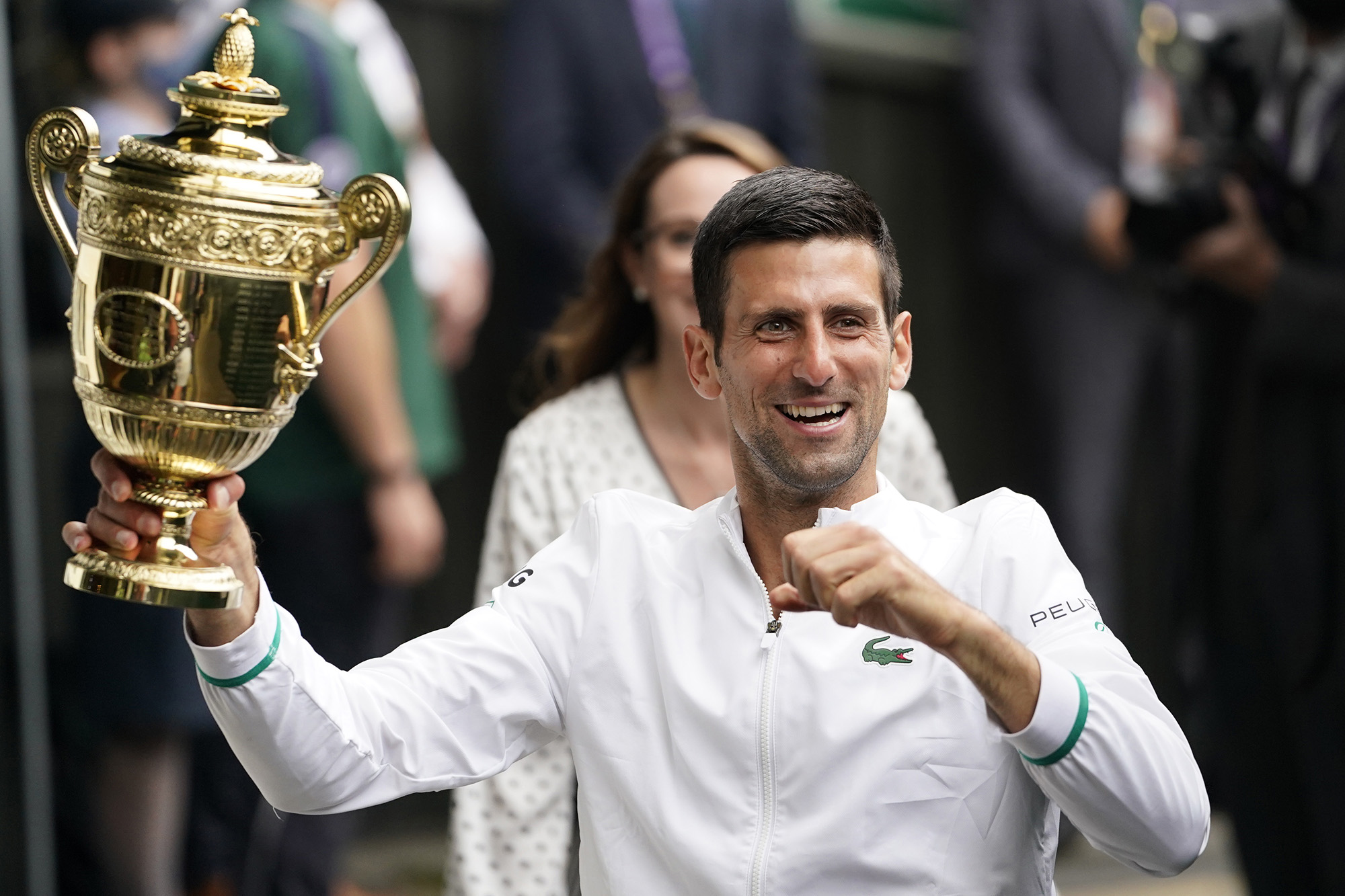 Novak Djokovic might be fresher than expected for the U.S. Open.

After winning Wimbledon on Sunday to equal Roger Federer and Rafael Nadal’s record 20 majors, Djokovic wavered on playing in the Olympics later this month because of the new wave of COVID-19 complications in Tokyo. He called it “50-50.’’

A potential withdrawal would end Djokovic’s bid for the so-called “Golden Slam” — all four majors and an Olympic gold. If the 34-year-old Serbian pulls out, it would give him more rest for the Open, where he could record the first Grand Slam’ for a men’s player since Rod Laver in 1969. The Open begins Aug. 30.

Asked about the fact no fans will be permitted at the Summer Games, Djokovic said, “That’s not a great news. I received that news two days ago. That was really disappointing to hear. I also hear that there’s going to be a lot of restrictions within the village.”

Djokovic said it was a downer not “to be able to see other athletes perform live.”

“I can’t even have my stringer, that is very important part of my team,’’ Djokovic said. “I’m limited with the amount of people I can take in my team. I’ll have to think about it. Right now, as I said, my plan was always to go to Olympic Games. But right now I’m a little bit divided. It’s kind of 50/50 because of what I heard in the last couple days.’’