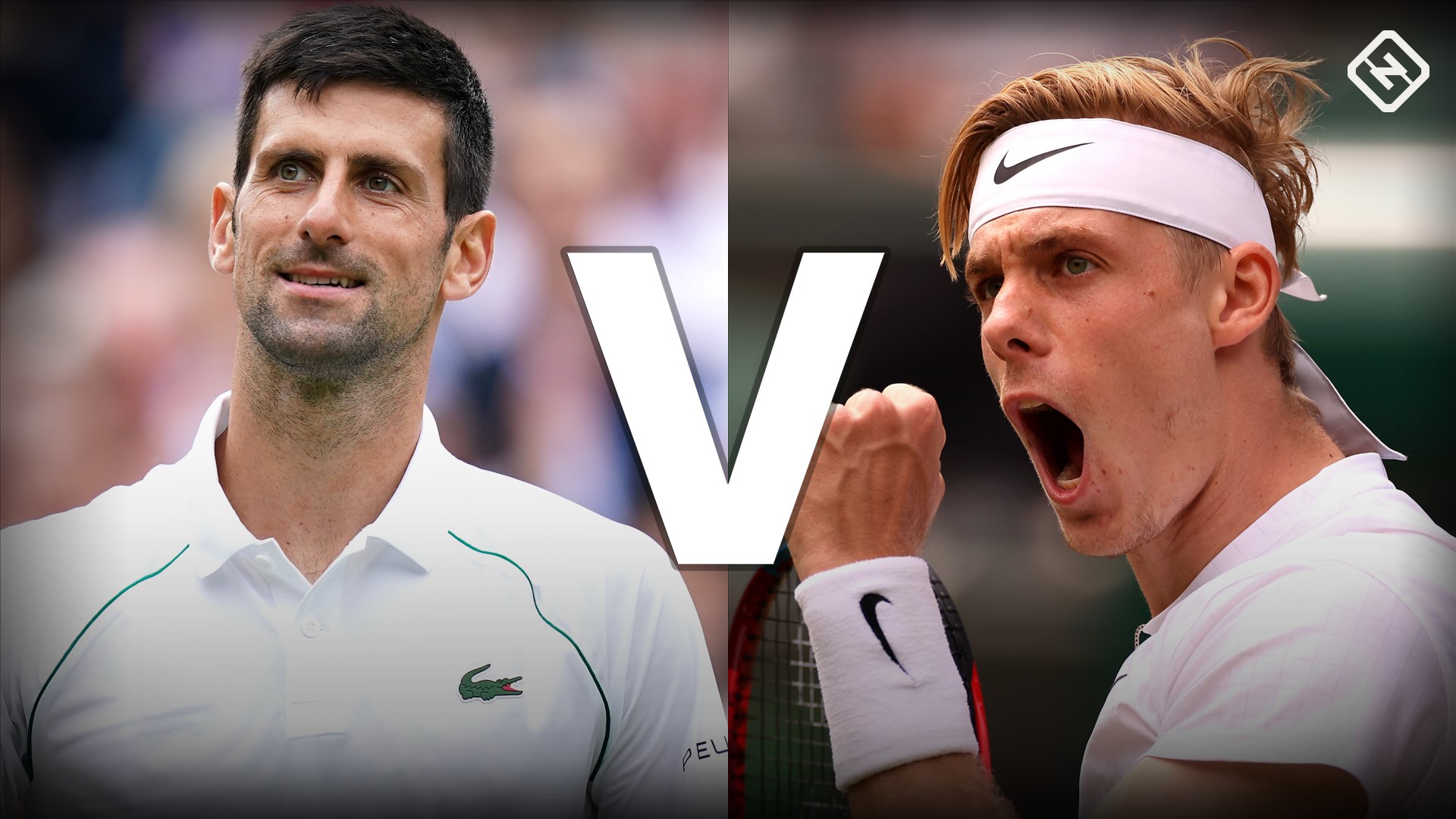 It won’t be easy. Even Denis Shapovalov knows it.

“Well, obviously he’s the best player in the world but, you know, I think,” the Canadian said before pausing and flashing another smile as the crowd got behind him after his five-set quarterfinal win. “Anything is possible and when you look at the scoreboard first thing on, whatever it is, Friday it’s going to be 0-0. So that’s it. Nothing else matters. It’s a tennis match and it could go either way … I think anything is possible.”

Facing Novak Djokovic, the world No. 1 aiming for Grand Slam title No. 20, is never easy. Especially when Djokovic is halfway to a Grand Slam after titles at the Australian and French Opens and could even snag a Golden Slam with a gold medal in a few weeks. And not when the guy has, “officially,” six wins against you to your none and you’ve only won two sets in those matches.

But here’s the thing, this isn’t the same Shapovalov.

The Richmond Hill, Ont., native has shown maturity and growth this season, especially at the All England Club. He even noted it after beating Karen Khachanov in the quarters by drawing on what he learned from a five-set heartbreak at the 2020 US Open. Showcasing a more all-around game, a calmer game, the lefty has put aside any questions that he has arrived. And, to boot, he’s beaten a legend — and the crowd — already this tournament, having sent hometown hero Andy Murray packing in the third round.

Plus, he can draw on one more thing.

As mentioned he is “officially” facing a 0-6 record against Djokovic. But it’s not really the whole story. Why? Because the duo has had one more meeting that didn’t count on the ATP Tour. They faced off at an exhibition Wimbledon tune-up called The Boodles back in 2019. The final score was 7-6(3), 6-4. The winner? Denis Shapovalov.

(All times are Eastern)

Djokovic having some trouble with the Shapovalov serve, setting up easy winners for the Canadian. He sets up two winners with poor returns before sending his game-point serve into the net.

Big-time return by Shapovalov to go up 15-0 before Djokovic levels the game. He would go up 40-30 and close out the game with an ace down the T.

Shapovalov making Djokovic look human. The Serbian with three straight forced errors and then Shapovalov ends the game with an ace.

And then Djokovic follows with a hold on five points.

What a hold by the Canadian as he wins four straight points.

Shapovalov showing a range, as he rips the shot down the line setting up the approach shot winner to get double break points. Djokovic saves the first one as Shapovalov sends the backhand into the net. Then saves another as Shapovalov has trouble with the cross-court shot and sends the game to deuce. After Djokovic’s double faults, Shapovalov’s backhand after a long rally cannot be returned and he takes the lead. A big fist-pump from the 22-year-old.

Shapovalov coming into the net more lately levels the game at 15-all with a forehand volley winner. He then fires up an ace to get it 30-30 and wins the game as Djokovic returns his second serve into the net.

The Serbian wins the first game on four points, two via winners.

11:39 a.m.  — Warmups underway with the roof open. Looks a little overcast and there is a chance of rain per Weather.com.

How to watch Novak Djokovic vs. Denis Shapovalov

Both Wimbledon semifinals, starting with 14th-seeded Hubert Hurkacz facing No. 7 seed Matteo Berrettini at 8:30 a.m. ET, will be shown on ESPN in the United States. Fans in Canada can watch on TSN3 and TSN4.

Djokovic and Shapovalov are expected to start at 11 a.m. ET, although the first match could impact when their match gets underway.

For those who want to stream the matches, ESPN3 and ESPN+ through the ESPN app will have access, as will fuboTV. A subscription to fuboTV offers a free seven-day trial. In Canada, live stream access will be available on TSN.ca or the TSN App.