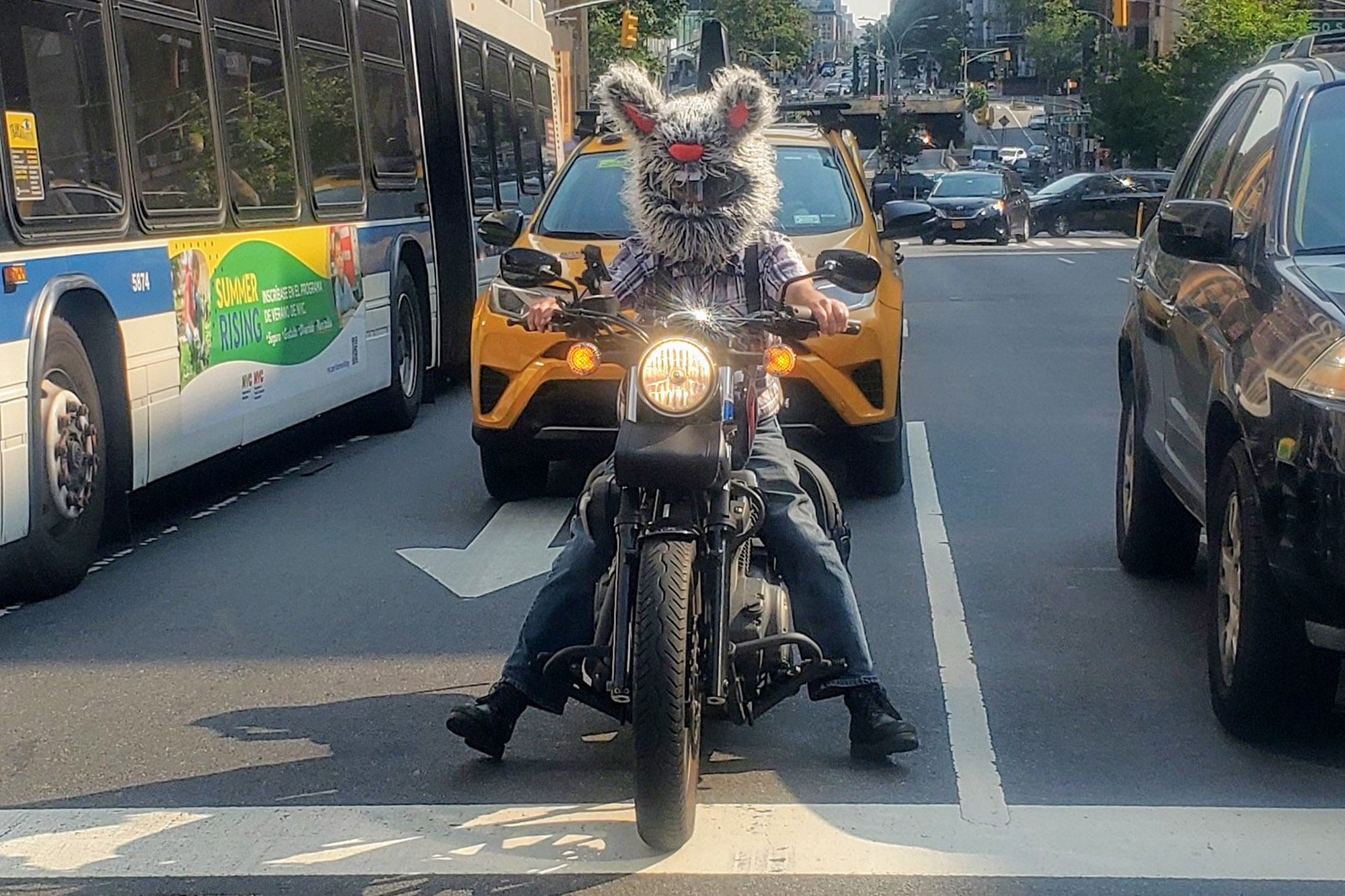 Some East Side residents were hopping mad after an eagle-eyed pedestrian posted a photo she took of a Midtown motorcyclist wearing an attention-grabbing “bunny” helmet cover in the middle of traffic.

The hare-raising July 17 snap, taken at around 1 p.m. by Lori Gaeta at 51st Street and First Avenue, had some posters on Nextdoor smiling, but others warned the novelty helmets are a bad idea and a disaster waiting to happen.

“I think this is nuts and very dangerous as well,” submitted UES resident Lois Schwimmer in the Nextdoor chat. “Think of other cars on the street who r terribly distracted by what they can’t believe they r seeing. This can cause accidents and should b stopped immediately before it causes an accident. He should b in the park if he wants to behave like a dodo but even there it is dangerous.”

Gaeta, however, found the helmets to be “silly and unexpected.”

“Oh my gosh, it brightened my day. … I’ve never seen anything like that in my life,” she said, adding, “I would assume it could be dangerous. …”

More than 800,000 novelty helmets are sold in the US each year and proposals to limit sales have been repeatedly delayed, reports fairwarning.org. A National Highway Traffic Safety Administration study found “novelty helmets perform significantly worse in terms of their ability to absorb impact energy during a motorcycle crash.”

The biker bunny covers go for $29.99 on sites like motoloot.com, which reveal that the covers can “potentially impede vision.”

The NYPD notes it issues summonses for non-USDOT approved helmets, but does not track data regarding novelty helmets or covers.