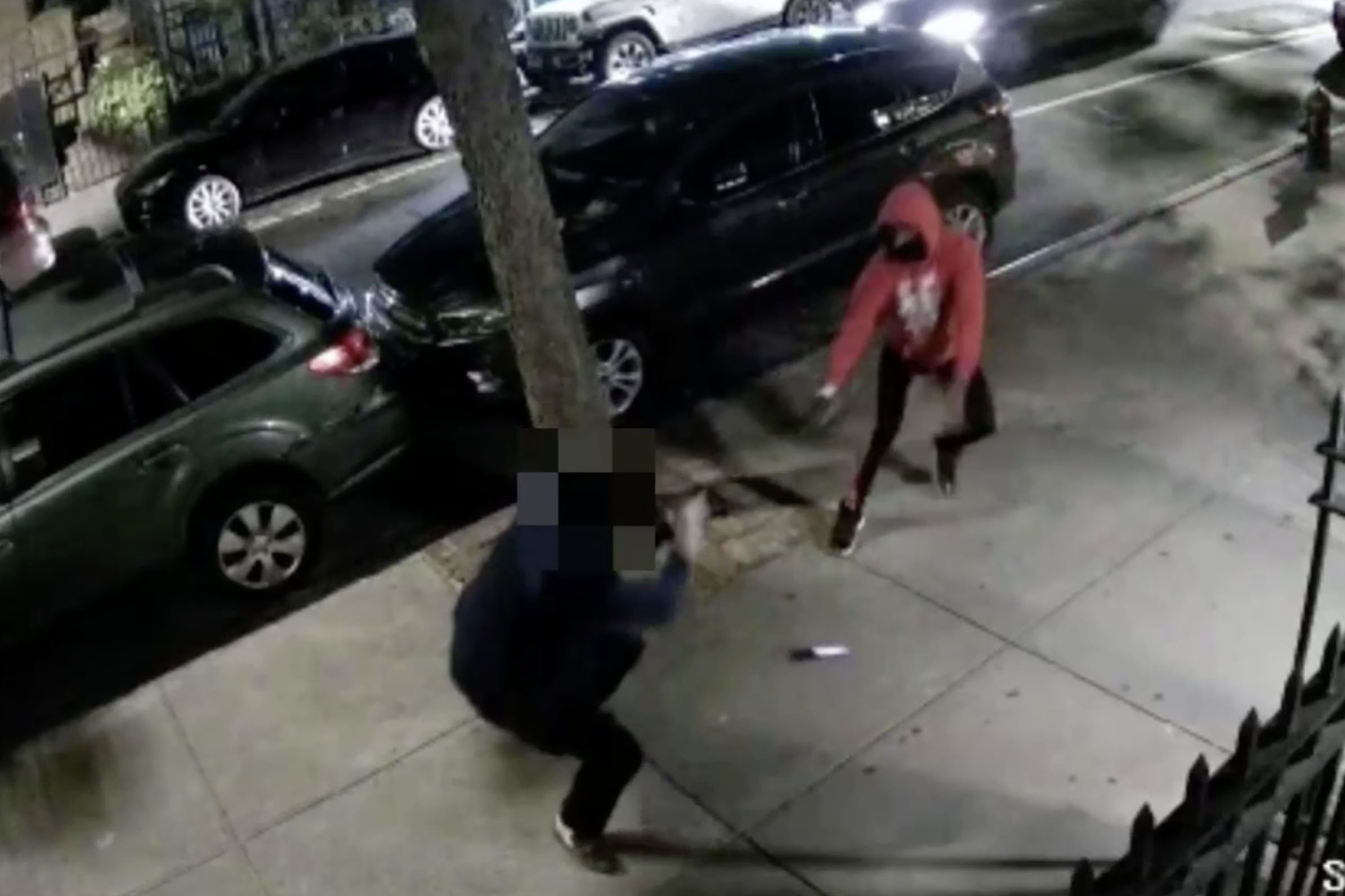 A 35-year-old man was shot during a gunpoint robbery in Manhattan early Sunday morning, according to a shocking video released by the NYPD.

The victim was attacked by a gun-wielding thief who ran up from behind him as he was walking along East 30th Street near Third Avenue in Kips Bay at about 2:15 a.m., according to police.

The surveillance footage shows the horrified victim desperately backing away as the suspect demands his watch and necklace.

Police said when the man complied, the crook opened fire, striking the victim in the thigh.

The man can be seen frantically tossing his jewelry onto the sidewalk before escaping into the street between parked cars.

The suspect fled on foot down the street and was still being sought early Monday morning, police said.

The victim was taken to Bellevue Hospital and is expected to survive.