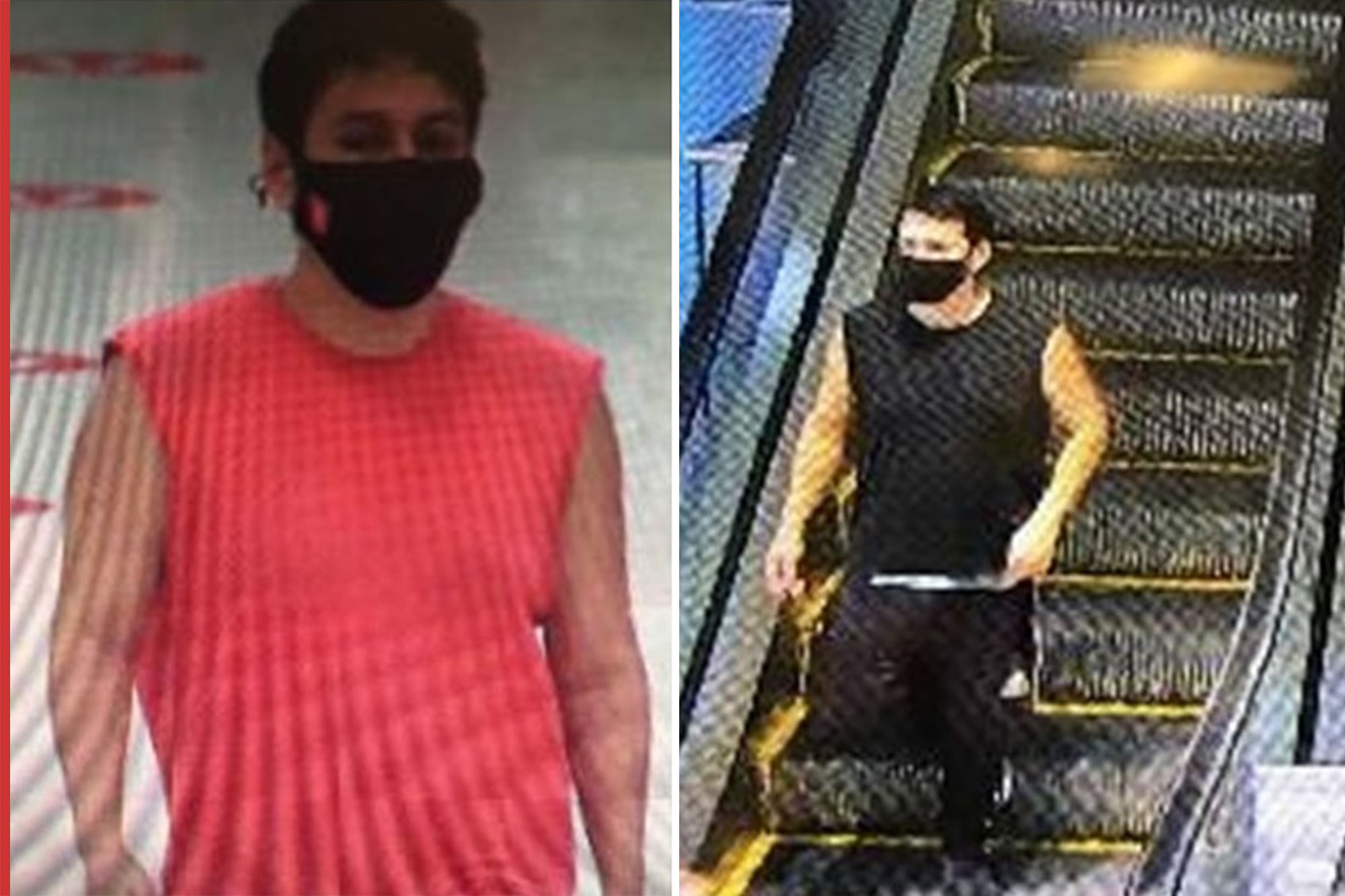 A Queens perv is wanted for using a cellphone camera to snap shots of unsuspecting girls and women at a Flushing Target.

On July 29 the suspected degenerate allegedly followed a 12-year-old girl and a 3-year-old girl into the department store’s bathroom and put his phone under their stall to record the victims, according to police.

The unidentified man fled as the girls told the women they were with about the creepy encounter, police said.

The peeping Tom returned to Target the very next day to snap another pornographic pic, putting his phone under the skirt of a 40-year-old woman who had leaned over in an aisle, cops alleged.

He sported tank tops and a black mask during his illicit upskirt photo sessions, security images released by police showed.