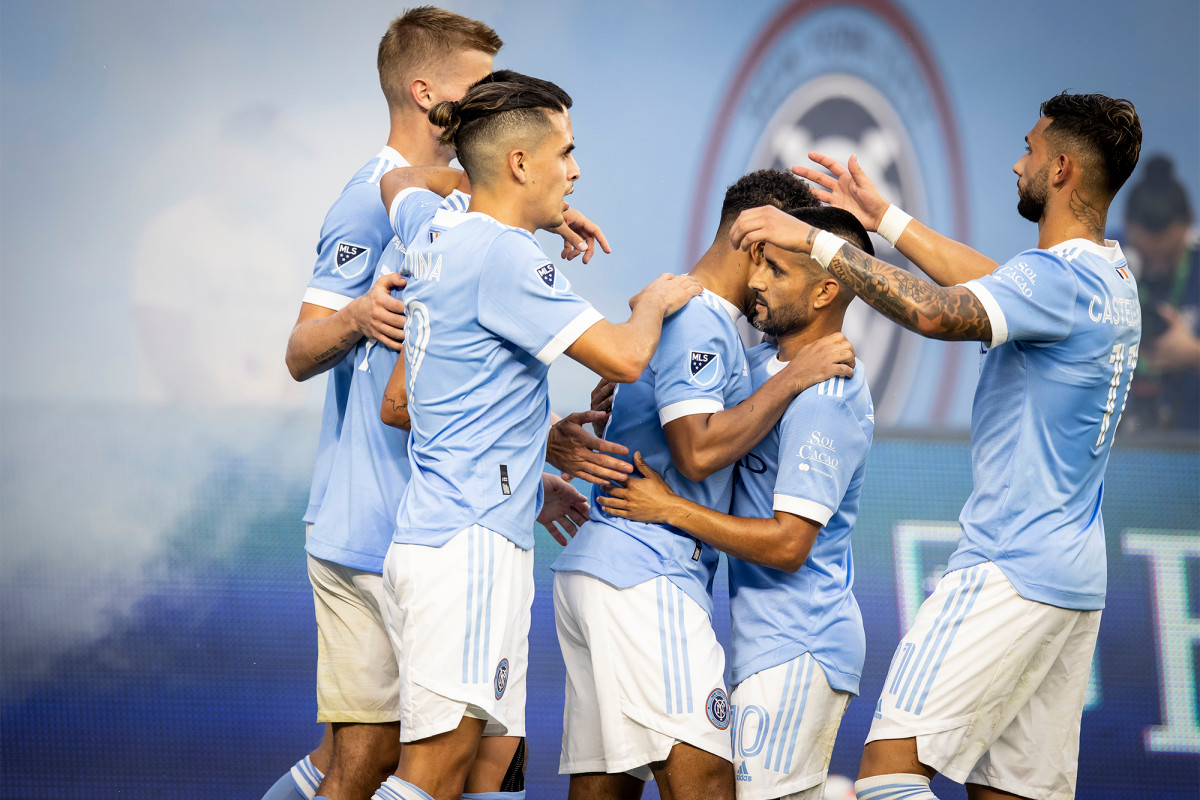 The last time NYCFC hosted a Mexican side, on March 11 of last year, the world was quite a different place.

Masks were not part of our daily fabric (literally), sports leagues were humming with basically zero disruptions and the word “pandemic” was barely on most people’s radars.

More locally, however, NYCFC have undergone change as well – at least if its coach is to be believed.

Since New York City was stunned by a late Tigres goal at Red Bull Arena (they later lost by a less close 4-0 scoreline in the second leg), the team’s trophy drought has persisted despite another comfortable playoff berth and a free hit at the one-time-only MLS is Back tournament.

What it does appear to have gained, though, is a greater level of experience, the type needed to navigate a knockout-style tournament – against a foreign team no less.

James Sands just returned from his starting role on the USMNT’s Gold Cup title run. Alex Callens was part of Peru’s semifinal run in the Copa America. Even young newcomer Santiago Rodriguez, still green to MLS, has played (and scored) in the Copa Libertadores, the highest club competition in South America.

This is a more battle-tested group – even if slightly – than the one who lost in its last matchup against a Mexican team. That should bode well for the franchise’s first time welcoming a team from south of the border to Yankee Stadium.

“The experiences we have, they’re really great —  it makes us more comfortable with playing under pressure,” Callens told media through a translator Tuesday. “The more games you play internationally and the more different situations you have, the better it makes you perform.”

Those pressure situations have unquestionably been an Achilles heel for the club throughout its short history. The team has never advanced past its first matchup in the playoffs, despite earning four straight top-three finishes in the Eastern Conference (2016-19) and consistently playing some of the most attractive stuff in MLS. You wouldn’t blame a neutral or opposing fan for viewing the club as the sort of flashy outfit that falters in the big moments.

Callens – who traveled to the 2019 Copa America but didn’t play – and Sands will have returned to the club with a better understanding of tournament football’s scrappy nature, the manner of which can sometimes resemble almost a different sport than a breezy MLS win.

Sands’ 120 minutes in the final vs. Mexico was precisely that type of disjointed game, full of the dark arts and probably more educational than walloping Cincinnati 5-0 at home. The young center back/defensive midfielder knows tight games aren’t merely decided on paper, and on the subject of the team’s playoff woes, exclusively told The Post this last summer:

“If you look at the teams that are successful in the playoffs, they all have a certain mentality about them, they’re all willing to put in the work for each other, and I think to be honest that’s something our team has probably lacked a little bit. I’ve never doubted that we’re more talented than the other teams in the playoffs, but when it comes to a one-game playoff, it’s not always talent that’s gonna win — it’s effort, and workrate, and just willing to sacrifice a little bit for your teammates. So I think the club has realized that a little bit, and I think we’re gonna see that in the team this year, as well as some of the guys we bring in.”

Sands may well be right. This is a chance to prove it.

‘A big lesson’ for the Red Bulls

The Red Bulls’ 2-1 loss to the Chicago Fire last weekend leaves it five points out of a playoff spot (with a game in hand), and winless in their past six games.

“One more time, a big lesson for my group, for me, and my coaching staff,” coach Gerhard Struber said after the game in which his team fell behind early. “We expected a tough game away, but in the end, we crashed our mindset with some mistakes in the first eight minutes.”

After a respectable start to life under Struber, New York appears to have hit a wall under the Austrian with one win in nine. The goals have dried up for Caden Clark and Cristian Casseres Jr., too, with the pair scoreless in their last nine combined starts.

It’s up to Struber to halt the team’s freefall vs. Montreal on Saturday.