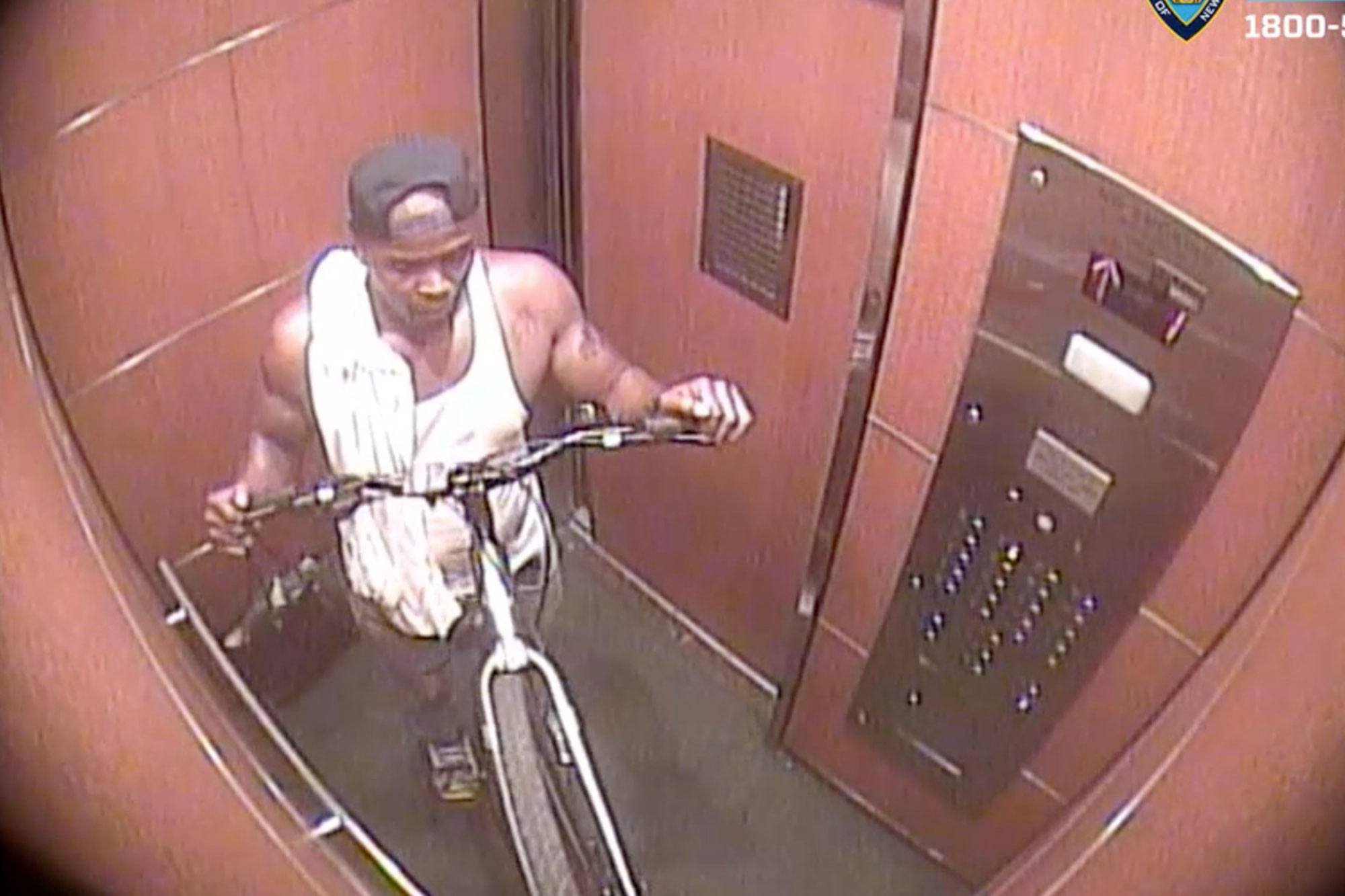 An armed man pushed his way into two Bronx apartments to rob victims while they were home on Friday, police said.

The home invader started his violent spree by knocking on an 89-year-old man’s door near Van Cortlandt Park at around 10:15 a.m., cops said.

When the man answered, the suspect forced his way into the apartment and stole jewelry and a bicycle, according to the NYPD.

Security footage from the building’s elevator showed the muscle-bound bully hauling his ill-gotten wheels from the crime scene.

About five hours later, the suspect knocked on the door of a 42-year-old woman near West 232nd Street and Tibbett Avenue in the Kingsbridge section, cops said.

When she opened the door, he brandished a gun and forced his way inside to steal $150, cops said.