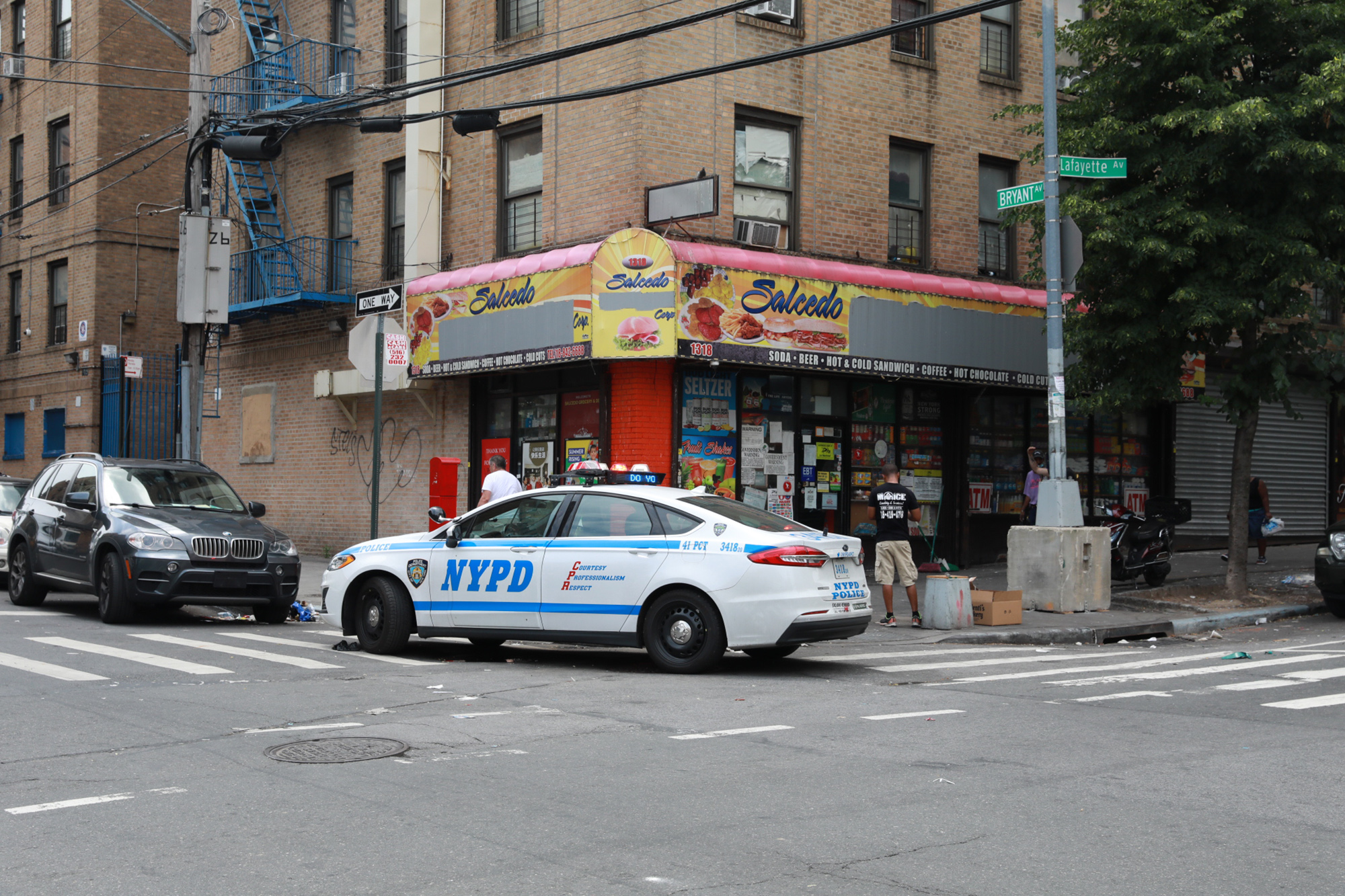 An off-duty NYPD officer was assaulted by a group of men with a bat on a Bronx street corner on Monday, police and sources said.

The 33-year-old male victim was approached by six suspects and attacked at about 11:40 a.m. at the corner of Bryant and Lafayette avenues in the Hunts Point neighborhood, police said.

At least one of the suspect’s whacked the officer with a bat as others used what are believed to have been broomsticks in the attack, police sources said.

It was not immediately clear what may have caused the assault.

The assailants fled after the attack and no arrests were made by Monday night, cops said.

The officer was taken, conscious and alert, to Jacobi Medical Center, authorities said.