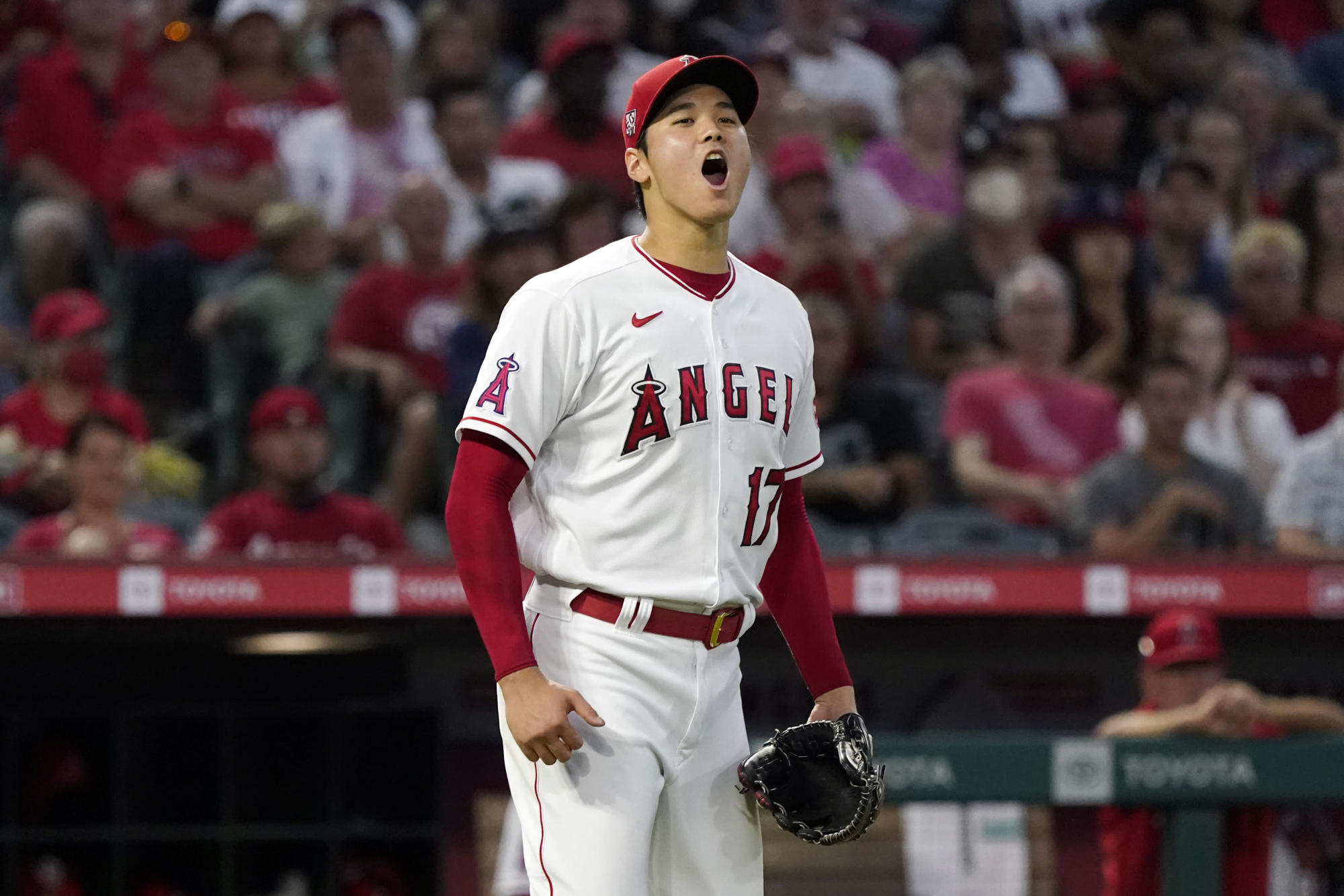 ANAHEIM, Calif. (AP) — Shohei Ohtani pitched six innings of three-hit ball to win his third consecutive start, and he also doubled and scored an early run in the Los Angeles Angels’ 6-3 victory over the Toronto Blue Jays on Thursday night.

Although Ohtani (7-1) issued three walks for the first time since June and threw two wild pitches in his 17th mound start of the season, the two-way superstar allowed just two runs and struck out six to keep his ERA at 2.93.

At the plate, Ohtani hit a 386-foot double off the wall for his major league-leading 68th extra-base hit as Los Angeles’ leadoff hitter in the first. He also walked and scored during the Angels’ four-run second as they split four games with Toronto at the Big A.

Vladimir Guerrero Jr. faced Ohtani’s pitching for the first time in their careers, and the majors’ No. 2 home run hitter went 1 for 2 with a bouncing single, a walk and a strikeout against the majors’ leader in homers. Guerrero and Ohtani are among the AL leaders in numerous offensive statistical categories as the two probable front-runners for the league MVP award.

Jared Walsh and Kurt Suzuki drove in two runs apiece to back Ohtani, who hasn’t lost in 10 starts since May.

José Berríos (8-6) yielded six runs on eight hits for the Blue Jays while pitching into the fifth inning of his shortest start since mid-April with Minnesota. Toronto lost for just the fourth time in 16 games.

Lourdes Gurriel Jr. homered for the second straight game, connecting in the ninth inning. Teoscar Hernández and Randal Grichuk drove in runs in the fourth for Toronto, but Berríos walked four while failing to last five innings for the first time in 20 starts since April 14 with the Twins.

Suzuki added an RBI double in the third for his fourth multi-RBI game of a season in which he has just 11 total RBIs.

Hernández drove in Toronto’s first run on a single that was just the second hit allowed by Ohtani, who also threw two wild pitches in the fourth before Grichuk added an RBI double.

José Iglesias chased Berríos with a one-out double and then scored when Jo Adell’s drive up the middle off Trent Thornton bounced high off the base.

Angels: Anthony Rendon will have hip surgery next week to correct an impingement that caused his injury woes this season, the $245 million third baseman said. He is expected to be healthy for spring training.