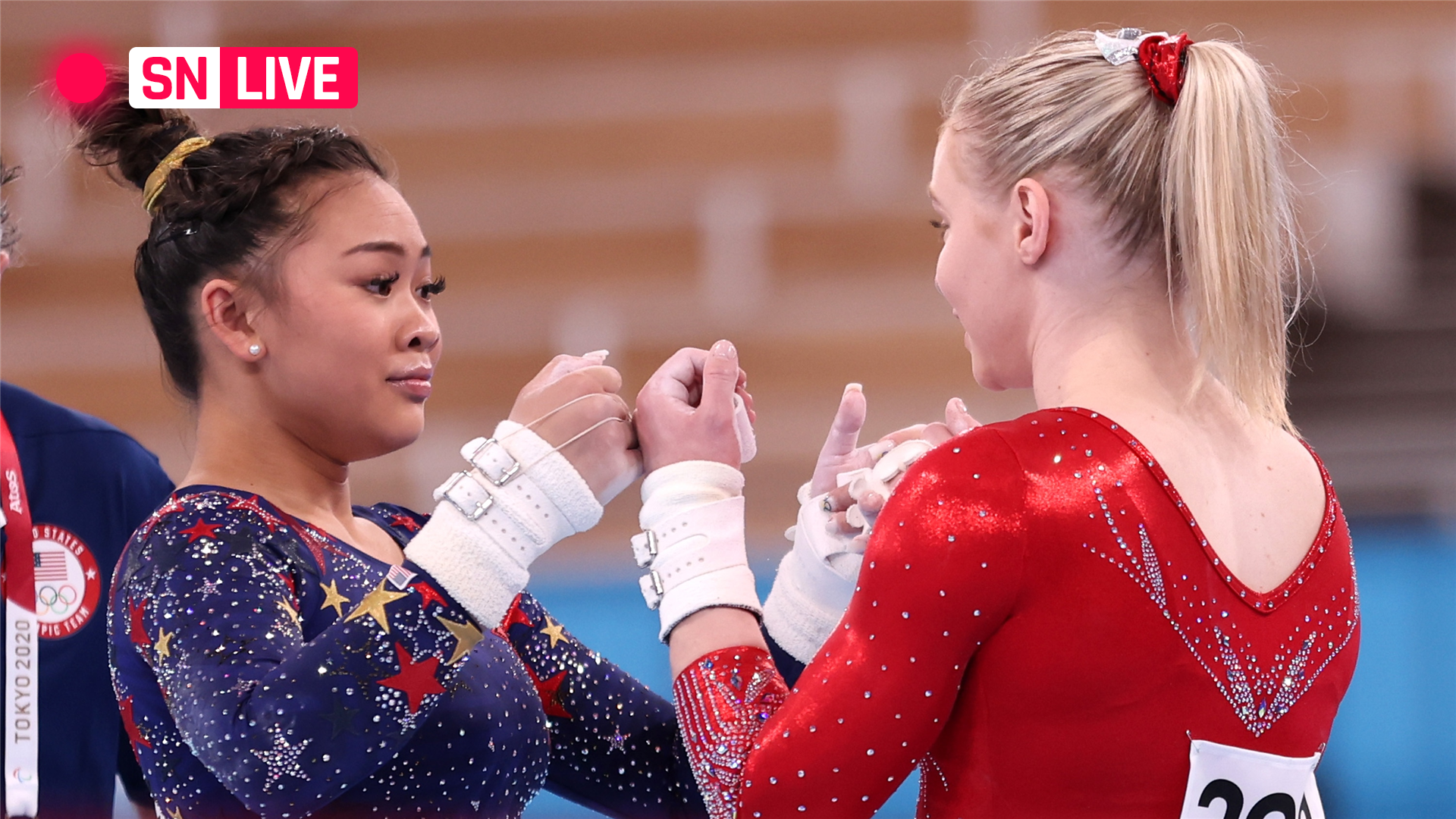 Team USA was heavily favored to take home the gold at the women’s gymnastics all-around competition entering the 2021 Tokyo Olympics. After all, the country hasn’t lost the all-around gold at the Olympics since 2000, when Romania’s Andreea Raducan took home the top honor.

Carly Patterson started Team USA’s streak in 2004. Since then, Nastia Liukin, Gabby Douglas and Simone Biles have continued it.

Biles was expected to win the event again at the 2021 Olympics. She hasn’t lost an all-around competition since 2013, and the 24-year-old qualified first for the all-around final. It looked like she would have a chance to keep the streak going.

However, Biles is out of action for the event. She withdrew from the U.S. women’s team final as a result of a medical issue. Team USA later announced that she would not participate in the all-around final “in order to focus on her mental health.”

With Biles out of commission, the United States will rely on two women to get the job done. Suni Lee, 18, qualified in third place for the all-around competition. She is a star on the uneven bars and finished just under 0.6 points back of Biles’ total during qualifying with a mark of 57.166.

Meanwhile, Biles will be replaced in the lineup by Jade Carey. The 21-year-old finished ninth in qualifying but wasn’t previously in the field given the “two per country” rule used in Olympic gymnastics. Now, the vault and floor specialist will have a chance to compete for a gold medal after finishing in the top 20 of three of the four events during qualifying.

Biles isn’t the only North American star that isn’t competing in the all-around. Canada’s Ellie Black also withdrew from the competition as a result of an ankle injury. Black had qualified 24th overall with a score of 53.699. Canada won’t have an all-around final participant with Black out of action.

Stock Market Pioneer is tracking live updates and highlights from the all-around gymnastics competition at the Olympics. Follow along for the latest highlights, updates and coverage of the event. (All times Eastern.)

MORE: What to know about Simone Biles’ replacement, Jade Carey

6:55 a.m. — The broadcast makes a good point about this being the third day of competition in the last five for women that were involved in the team final. If there’s any fatigue from these participants and top competitors, that could benefit the individual gymnasts, like Jade Carey, who didn’t participate in the team competition.

6:53 a.m. — All right, here we go. The gymnasts are warming up, and Suni Lee will be the first American to compete in an event on the vault.

6:47 a.m. — We’re about to get underway. Here’s a Jade Carey highlight posted by Team USA to get you pumped up.

6:31 a.m. — Lieke Wevers from the Netherlands is the alternate who replaced Canada’s Ellie Black, who had to withdraw due to an ankle injury. Wevers, 29, scored a 53.365 in qualifying, good for 32nd overall in the competition, and finished no higher than 23rd overall on any single event.

6:28 a.m. — The two Team USA competitors will be in a group of six gymnasts that includes most of their strongest competition for the event. Brazil’s Rebeca Andrade finished second in qualifying; Belgium’s Nina Derwael was the only gymnasts to best Suni Lee on the uneven bars in qualifying; and, of course, Angelina Melnikova and Vladislava Urazova were key members of the ROC’s gold-medal-winning team.

6:21 a.m. — The rotation order is in for Thursday’s competition. Suni Lee and Jade Carey will begin on the vault. Carey placed second on the vault during all-around qualifying behind only Rebeca Andrade, so she’ll have a chance to get off to a strong start.

6:10 a.m. — In case you need a reason to get excited about today’s event, Team USA shared an incredible slo-mo look at Suni Lee on the uneven bars, her best event.

How to watch Olympic gymnastics in USA

Coverage of the women’s team final will begin at 6 a.m. ET. It will primarily be broadcast on NBC’s free streaming app, Peacock. The app will also allow users to rewatch events after they happen. NBC will also offer a tape-delayed telecast of the event in prime time for those who can’t watch the early-morning coverage.

Most of the events will be broadcast on Peacock, CNBC and USA, but those hoping to catch some of the action in prime time are in luck. NBC will re-air gymnastics events most nights with a focus on the women’s squad.