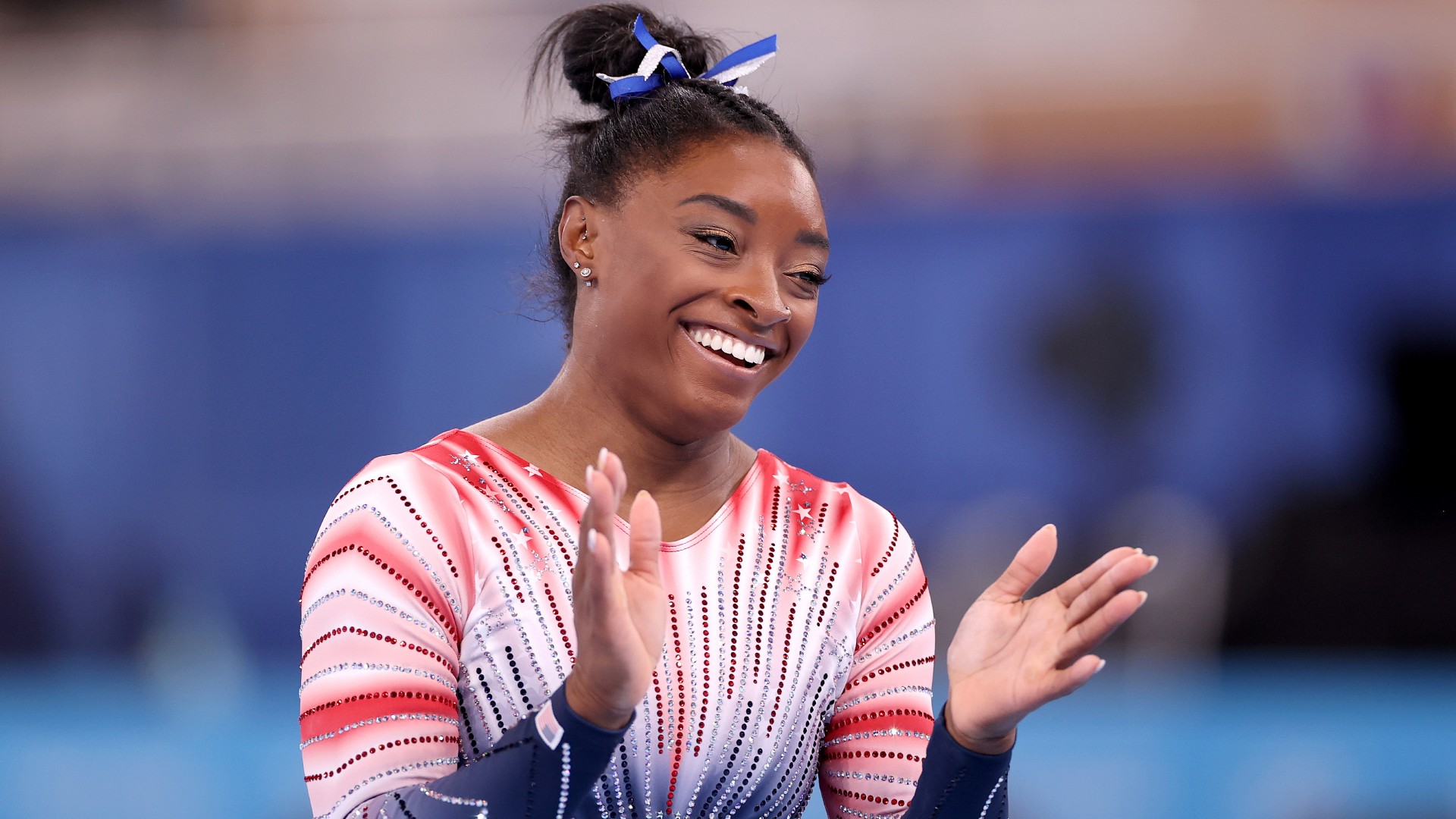 Simone Biles returned to competition on Tuesday after missing a week of action at the 2021 Olympics while battling a case of the “twisties.” And in her final act of the Tokyo Games, she tied Shannon Miller for the most Olympic medals won by an American female gymnast.

Biles won a bronze medal in the balance beam final to bring her career total of Olympic medals to seven — four gold, one silver and two bronze. Miller — two gold, two silver and three bronze — had been the only other American woman to reach that mark before Biles.

Biles’ third-place finish on the beam marked the second consecutive Olympics in which she earned a bronze on the apparatus; she did so with a mark of 14.733 in Rio.

In Tokyo, Biles posted an even 14.000. She finished 0.633 points behind the gold-medal winner, China’s Guan Chenchen, who had topped qualifying for the balance beam. Chenchen’s teammate, Tang Xijing, earned the silver medal with a 14.233.

Biles performed a routine that was less difficult than what she performed at qualifying, but it was clean. The routine featured just one evident balance check and a slight hop on the dismount.

Biles’ performance was met with a loud ovation from the crowd on hand at the Ariake Gymnastics Centre, who were happy to see the best gymnast in the world competing once again. Biles, who qualified for every women’s gymnastics event in Tokyo, hadn’t competed since pulling out of the team finals a week earlier, skipping the all-around competition, vault, uneven bars and the floor exercise.

As for Biles’ teammate Suni Lee, the all-around gold winner was unable to medal on the beam. She officially finished in fifth place with a 13.866 score but was technically tied for fourth. It was the first event at the 2021 Olympics in which she participated but didn’t medal.

Lee put together a strong routine but nearly fell off the beam near the end. She managed to save herself from falling — which even she couldn’t believe — but it took her out of medal contention.

Canada’s Ellie Black finished fourth after matching Lee’s 13.866 mark. The 25-year-old had battled an ankle injury early in the Olympic Games that forced her to withdraw from the all-around competition. She came within 0.2 points of a medal, but ultimately, Biles bested her for bronze.