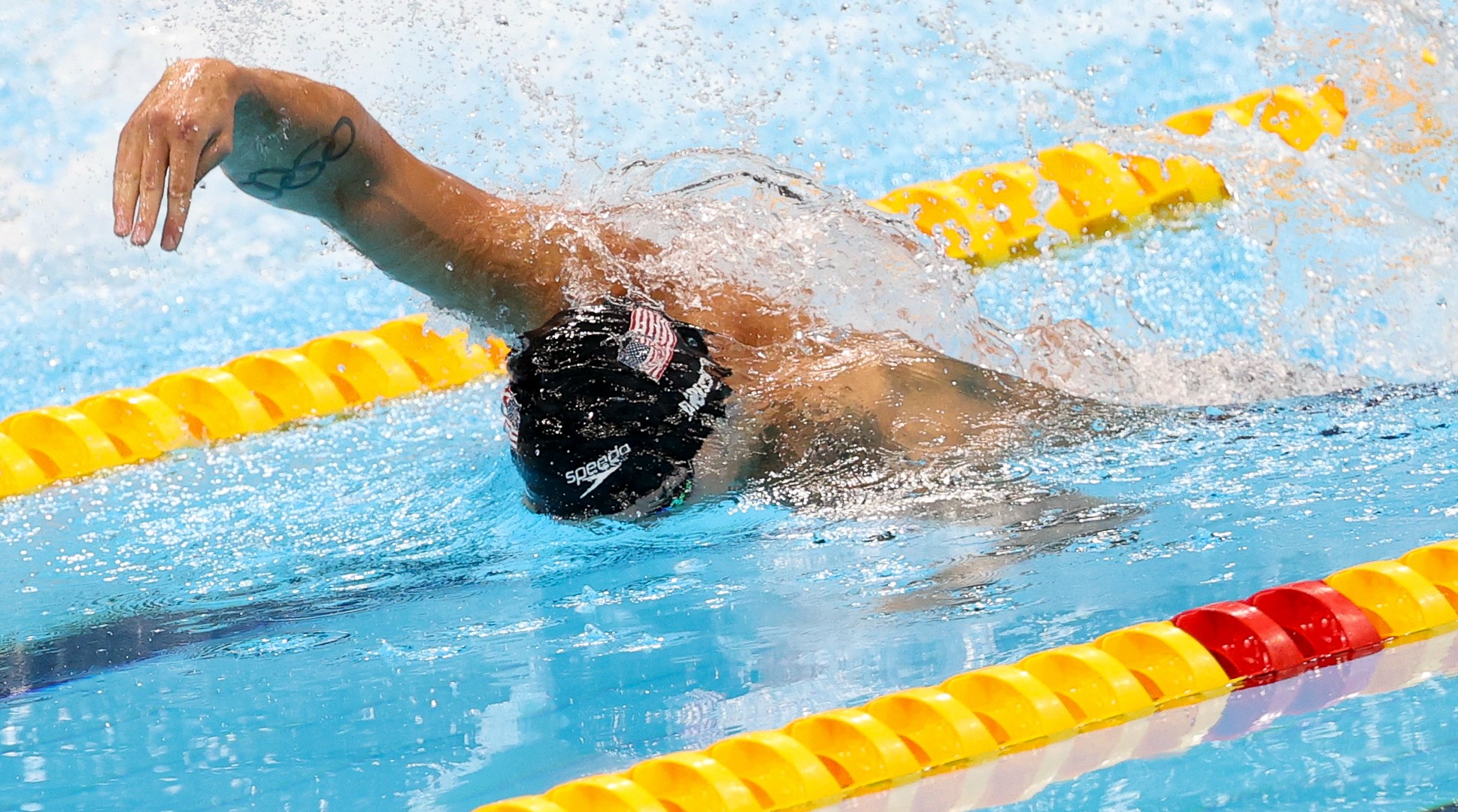 It’s time for the final day of Olympic swimming, and this final day looks poised to provide plenty of drama.

The United States is running away with the total medal count — 26 to Australia’s 18 — but the race for gold remains close. The Americans have eight such medals, with the Aussies claiming seven.

Fortunately for U.S. swim fans, Caeleb Dressel is expected to swim in a pair of events on Saturday. He will race the first event, the men’s 50-meter freestyle, and should be on either of the butterfly or freestyle leg of the men’s 4×100 medley relay to end the night. American Abbey Weitzeil will swim in the sixth lane of the women’s 50 freestyle, but Australian Emma McKeon is favored to win the event and pick up her second gold medal.

Then the U.S. will have Bobby Finke go for his second distance freestyle gold when he races as the second seed in the 1500 freestyle. After that are the women’s 4×100 medley relay and the men’s 4×100 medley relay. Both are expected to be close finishes, with the U.S., Canada and Australia vying for medals in each of the two events.

Stock Market Pioneer will be providing live updates and highlights from each event during the eighth day of Olympic swimming finals.

9:56 p.m.: 500 meters to go, and this race could still go to anyone in the top four, which has remain unchanged for a while now.

9:55 p.m.; This race seems to now be down to the four swimmers in the middle. Wellbrock is leading, Romanchuk in second, Finke in third and Paltrinieri is in fourth.

9:54 p.m.: Finke has been in third for about 200 meters now, but Wellbrock hasn’t given up his spot in the lead halfway through the race. Romanchuk in third.

9:52 p.m.: This is an incredibly close race between everyone in the top five, who are all separated by less than two seconds through 600 meters.

9:52 p.m.: A third of the way through the race, Wellbrock has kept up his lead in the race. Ukrainian Mykhailo Romanchuk has moved up to third with Paltrinieri in third and Finke in fourth.

9:50 p.m.: The top six is all within a body’s length of one another. Wellbrock takes the lead at the 300-meter mark over Paltrinieri, but Finke in third is less than a second back.

9:48 p.m.: Finke is up to third after 150 meters. Paltrinieri, the reigning Olympic champion in the event, has about a one second lead in this race.

9:47 p.m.: Finke starts the race off in fourth behind Italy’s Gregorio Paltrinieri, Great Britain’s Daniel Jervis and Germany’s Florian Wellbrock after the first 50.

9:45 p.m.: Bobby Finke won the 800 freestyle. He’s now looking to pick up his second gold medal. He’ll be swimming out of the fifth lane in the longest distance race on the men’s side.

9:39 p.m.: Abbey Weitzeil will be the lone American racing in the 50 freestyle.

9:29 p.m.: Two Americans racing in the 50-meter freestyle final. Caeleb Dressel is the favorite as he races in the fast lane, looking for his fourth gold medal. Michael Andrew is swimming in lane seven, hoping for his first medal of the 2021 Tokyo Olympics.