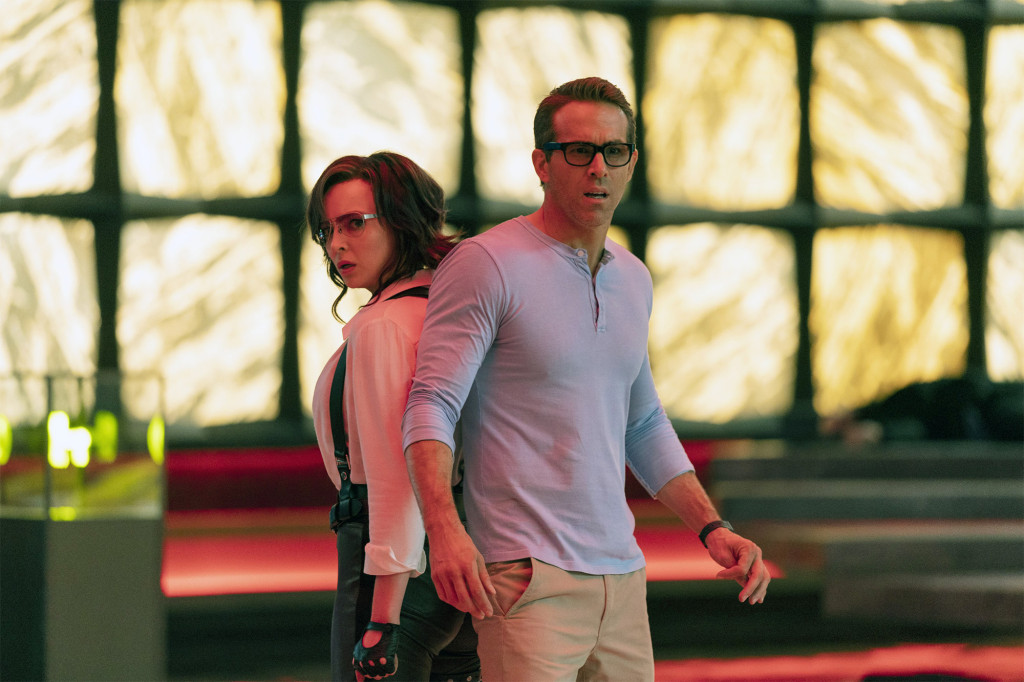 We beg you. Give us famished entertainment lovers a few films that are not sequels, not based on comic books and not the worst remakes ever. Would you believe that of the Top 10 highest grossing films in the last robust box office year, 2019, NOTHING met those criteria?

While its setups and theme of finding individuality might remind you of “The Truman Show,” “Pleasantville” and “Groundhog Day,” it plops them at the center of something fresh: video games. I understand PlayStation about as well as I speak Esperanto, but regardless it is a struggle to not enjoy this film.

Ryan Reynolds — don’t worry, his shtick works here — plays Guy, a rudimentary bystander (a “non-playable character”) in a “Grand Theft Auto”-style game called “Free City.” His dumb catchphrase? “Don’t have a good day — have a great day!” Players from the real world descend on the CGI metropolis as sunglasses-wearing avatars and shoot, steal and cause untold destruction. The next day, it starts over. None of the “Free City” citizens know they are computerized.

Like so many before him, Guy’s life is changed by a Girl. A sexy user named Molotov Girl (Jodie Comer) walks by and he becomes enamored with her. Guy spontaneously steals a pair of player sunglasses and starts to take his digital life into his own hands. Instead of ordering a coffee with cream and two sugars, he asks for — gasp — a cappuccino. He disrupts his programmed routine to follow Molotov Girl around.

Unbeknownst to him, he starts playing the game.

The script by Matt Lieberman and Zak Penn is hysterical, but director Shawn Levy must’ve sold his soul to the devil to secure this cast. Comer, the genius who plays Villanelle on “Killing Eve,” is Molotov Girl — called Millie, in real life — and is every bit as electric, cheeky and surprising in a big-budget film as she is on prestige TV. She battles alongside her pal Keys (Joe Keery) to retrieve their original code the “Free City” creator stole from them.

You’ll recognize Keery from “Stranger Things,” where he plays Steve Harrington, but he has real leading man potential in that approachable Andrew Garfield sort of way. Keys has a crush on Millie, and their nerdy romantic tension is sweet and has a great payoff in the end.

And then there’s Taika freakin’ Waititi. The brilliant director and co-star of “Jojo Rabbit” plays Antoine, the baddie who stole their work. He shouts at random and calls everybody “bro” in his New Zealand accent, leaving us positively pining for more Taika on-screen.

Reynolds, for his part, only really knows how to do the wide-eyed, high-pitched, naive act he has always done. What matters most, though, is if it suits the film he’s in, and here it 100% does. The same habits that had me reaching for the Excedrin during the “Hitman’s Wife’s Bodyguard” are perfect for guy in a video game.