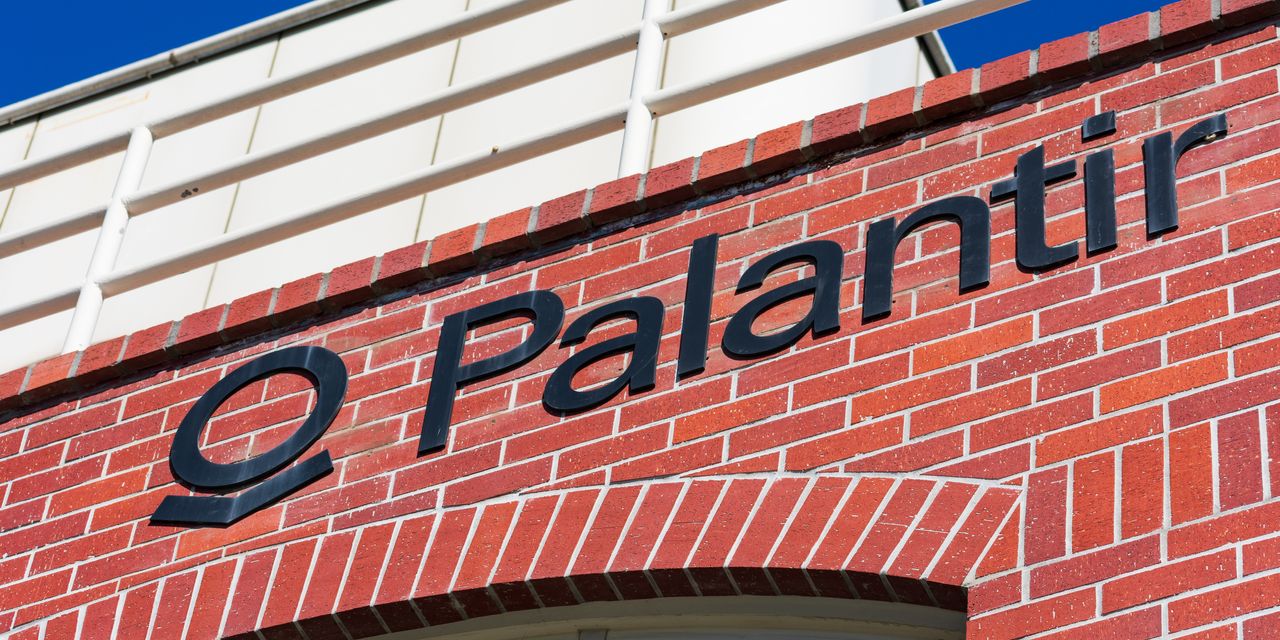 posted strong financial results Thursday that were driven by accelerating growth in its U.S. commercial business. Its stock is rising.

For the June quarter, Palantir (ticker: PLTR) reported revenue of $376 million, up 49% from a year ago, and ahead of both the company’s target of $360 million and the Street consensus of $361 million. On an adjusted basis, Palantir earned 4 cents a share, a penny better than estimates. Under generally accepted accounting principles, the company lost 7 cents a share, in line with estimates.

Adjusted free cash flow was $50 million, bringing the total to $200 million for the first half. Adjusted Ebitda, or earnings before interest, taxes, depreciation and amortization, was $121 million, above the consensus of $86 million. Adjusted operating margin was 31%, beating the company’s forecast of 23%.

Palantir said U.S. commercial revenue grew 90% in the quarter, and 28% overall, with slower growth in international markets. Global government revenue was up 66%, the company said. Overall U.S. revenue was up 60%.

For the September quarter, Palantir sees revenue of $385 million, slightly ahead of the Street at $380 million, with an adjusted operating margin of 22%.

The company increased its forecast for full year 2021 adjusted free cash flow to more than $300 million, from $120 million. The company continues to see annual revenue growth of 30% or more through 2025.

Palantir CFO David Glazer said in an interview that the company had a “very strong quarter,” with revenue up 10% sequentially from the March quarter. He noted that the company’s commercial customer count stands at 169, up from 139 at year’s end, and includes new wins from companies like John Deere, BNY Mellon and Southern California Edison.

Asked about the company’s recent program of investing in SPAC merger transactions for some new companies, Palantir global head of business development Kevin Kawasaki said the company made $250 million in investment commitments to SPAC transactions in the quarter. The company had disclosed $132 million in SPAC-related investments in the March quarter. Details on those transactions will be disclosed in the company’s June quarter 10-Q filing with the Securities and Exchange Commission. He said that under 1% of revenue in the quarter—about $3 million—was tied to companies where Palantir has made an investment.

Palantir stock was up 7.2% in premarket trading Thursday. It was down 5.1% in 2021 through Wednesday’s close.