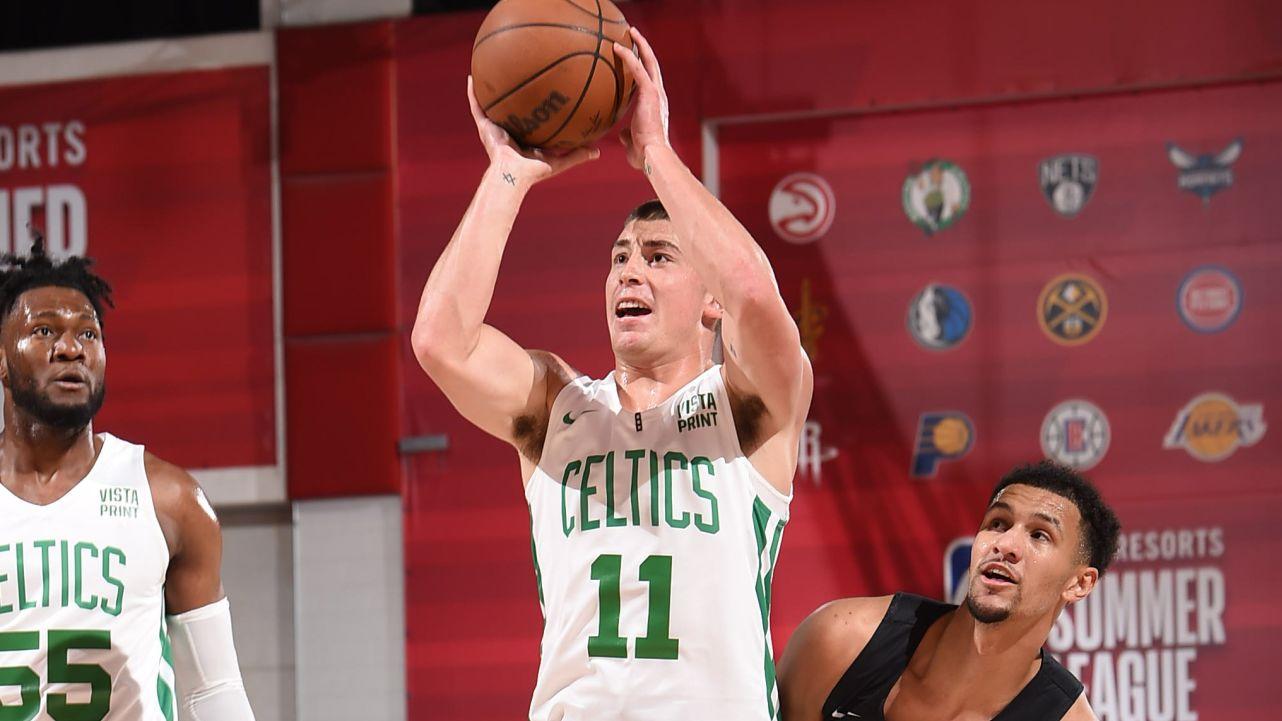 The Boston Celtics improved their undefeated NBA Summer League record to 3-0 with an emphatic win over the Orlando Magic in Las Vegas on Thursday night.

The C’s first-round picks from the 2020 NBA Draft — Payton Pritchard and Aaron Nesmith — paved the way for the 108-71 victory.

Pritchard scored 17 points with nine assists, four rebounds and three steals in 29 minutes. He was a plus-30 as well.

The most impressive aspect of Pritchard’s performance was his 3-point shooting. He hit four of his six shot attempts from beyond the arc. A couple of them came from way beyond the line, including this one at the end of the third quarter.

Here’s another deep 3-pointer from Pritchard earlier in the third quarter:

Nesmith scored 18 points on 8-for-15 shooting. He also chipped in nine rebounds and four assists in 25 minutes.

Sam Hauser also impressed for Boston. The undrafted forward was red-hot from the outside with 21 points, including a 6-for-10 showing from 3-point range. He also tallied seven assists.

The C’s made 19 3-point shots overall, which is the most by any team in a Summer League game since 2017.