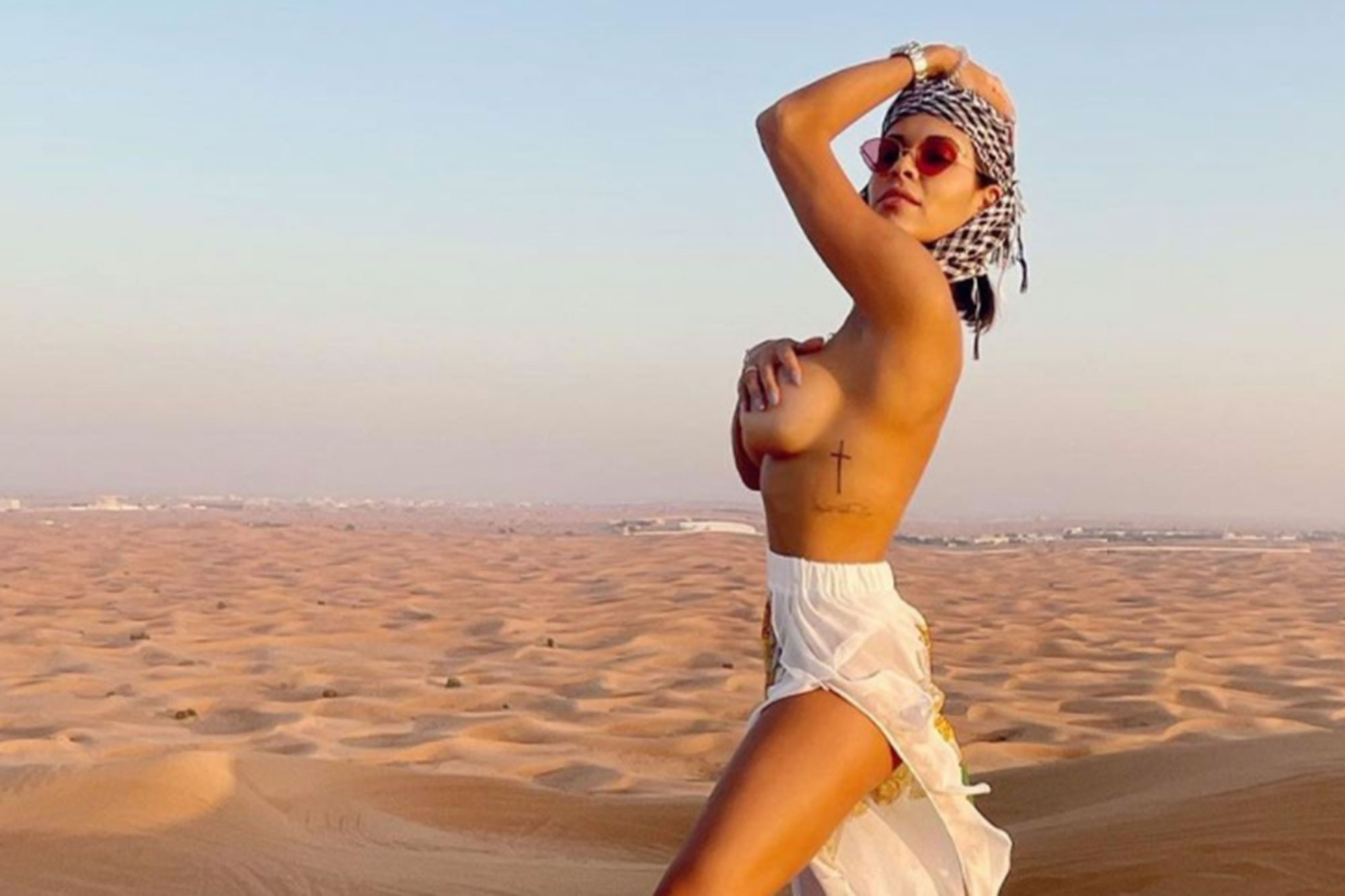 Playboy model Luana Sandien has pushed back against the haters who have dragged her for coming out as “autosexual” and has insisted that she is so enthralled with herself she’d like to date herself, the Daily Star reports.

“It means I’m attracted to myself,” the 27-year-old social media star said of exactly what being autosexual implies.

“I always felt that way, I just didn’t know there was a name for it.”

“It’s nice to know I’m not crazy for it, or a massive narcissist, it’s something real that a lot of people experience.”

“It was very important to find out that I’m not alone,” Luana Sandien said of what it’s been like to be a Playboy model but to have no real interest in other people sexually.

“As sexy as that may sound, and it is, it’s kind of self-love on steroids,” she continued about how she engages with her autosexuality.

Get the latest news and important stories. Download the free Knewz app for iOS and Android.

“There was always a part of me that thought it was weird – so it’s nice to have this statement that it’s normal.”

A model has come under fire for posing topless in the Dubai desert – but insists she’s done nothing wrong as her hands “covered her boobs”.

The Daily Mail adds that Luana Sandien has had to push back against those who lambasted the Playboy model’s Dubai photo shoot as “obscene,” considering the United Arab Emirates’ strict dress code for women.

Topless sunbathing can get you arrested in Dubai, for example.

“It was one of the best pictures I’ve ever taken, but I didn’t mean to embarrass anyone,” Sandien told the Daily Star. “I was careful to cover my breasts with my hands, knowing that in the country it is forbidden to be naked, and even so I was threatened by haters.”

Meaww reports that the UAE Foreign Office advises, “UAE laws and customs are very different to those in the UK. Be aware of your actions to ensure that they don’t offend, especially during the holy month of Ramadan or if you intend to visit religious areas. Women should dress modestly when in public areas like shopping malls. Clothes should cover the tops of the arms and legs, and underwear should not be visible. Swimming attire should be worn only on beaches or at swimming pools.”

One of Luana’s 20,000 followers joked, “How come your ass ain’t arrested taken your titties out there”. Luana says she didn’t “mean to embarrass anyone”. Luana, who lives in Spain and will soon be published in Playboy Denmark, told the Daily Star how some people had accused her of “insulting the signs of state sovereignty,” and added that “It was one of the best pictures I’ve ever taken, but I didn’t mean to embarrass anyone.”

Luana Sandien: Model poses topless in Dubai, says she’s done nothing wrong as she ‘covered breasts’ with hand after outrage