Imane Anys, better known by her online alias Pokimane, is used to making headlines and is undoubtedly one of the most popular streamers on the internet right now.

The Canadian streamer headlines yet again, but not in the way she would’ve expected. A video of her podcast with Matthew Rinaudo, also known by his online alias Mizkif, went viral with viewers suggesting that the two Twitch streamers were “too close for comfort.” 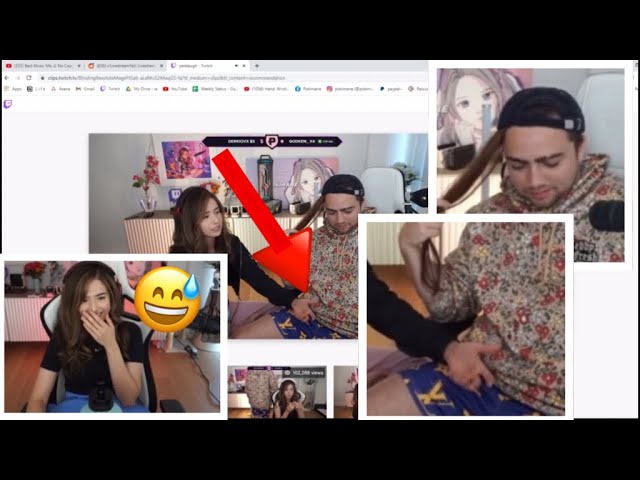 Pokimane, via a recent video, tried to put an end to the bizarre comments that had been surfacing online. “It’s the angle,” she said before sitting down to pen her two cents on the subject.

“Guys, listen, it’s the angle. Do you think I would ever want to go near Mizkif’s anything? I was smelling his feet the whole podcast, the whole damn podcast.”

She later revealed how the camera angle made it look like her hand was too close to Mizkif. “These things look superimposed but in reality there is actually a two feet distance,” she said before moving across to other videos.

Also read: Pokimane without makeup: Deciphering the reason behind this bizarre trend in 2021

The internet is a notorious space and this instance just reiterated how netizens can create a pyramid out of nothing.

The Among Us streaming sensation gave a room tour to her ardent followers. Following her move, several other streamers have joined the bandwagon with xQc’s room tour causing a ripple in the community for being extremely disgusting.

Also read: “He’s actually addicted to the gambling”: xQc hits back at Pokimane after she calls out gambling streamers, gets roasted instead

However, her room tour gave an opportunity to xQc and Mizkif to take virtual jabs at her, as she got caught watching gambling streams.

Pokimane has been at the forefront of the process of trying to put an end to these, as they are extremely impressionable for their young audience.

Naturally, her watching gambling streams seemed rather hypocritic. Even though there wasn’t any bad blood involved, the Canadian streamer felt it was necessary to give a justification to her viewers.

“Yeah, whoopsie daisy. [It was an] unintentional promotion, but whatever. It does kind of just look like a random game, though. So it’s okay.”

Sadly, the debate around gambling streams still carries on. However, xQc has changed his stance and revealed that he has realized the gravity of the situation. Twitch, interestingly, is still struggling to take calls on the entire situation.

Also read: Pokimane subtly lashes out at Mizkif for using her PC during a live stream