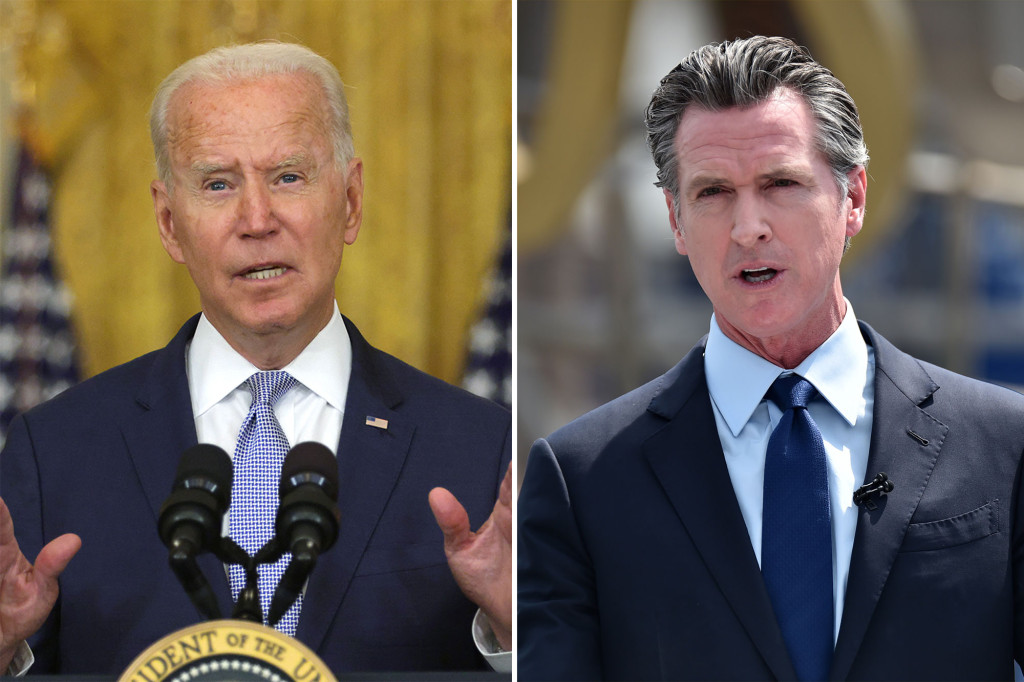 President Joe Biden made a statement on Thursday supporting California Governor Gavin Newsom and urging voters to vote “no” on the Golden State’s upcoming recall election in September.

“Governor Newsom is leading California through unprecedented crises. He is a key partner in fighting the pandemic and delivering economic relief to working families and helping us build our economy back better than ever. He’s taking on the climate crisis and standing up for the rights of women, immigrants, and the LGBTQ community,” President Biden said in the statement.

“He knows how to get the job done because he’s been doing it. And to keep him on the job, registered California voters should vote no on the recall election by September 14 and keep California moving forward”

The recall effort against Newsom was launched in January 2020 in response to the governor’s response to the coronavirus pandemic, which led to the closure of schools and businesses even as Newsom himself was photographed violating state restrictions on indoor gatherings.

A poll in July found that 48 percent of California voters support Newsom remaining in office, but 43 percent of those polled now said they would vote to recall Newsom.

In that poll by Emerson College and Nextstar Media, conservative talk show host Larry Elder led all challengers with about 16 percent, ahead of Caitlyn Jenner.

Elder, a 69-year-old Republican, is followed by businessman John Cox, at 6 percent, and former San Diego mayor Kevin Faulconer, at 6 percent. California State Assemblyman Kevin Kiley, and Jenner are at 4 percent each, according to the poll.